A 49ers Super Bowl in SF’s Mission: ‘This is the empire’ 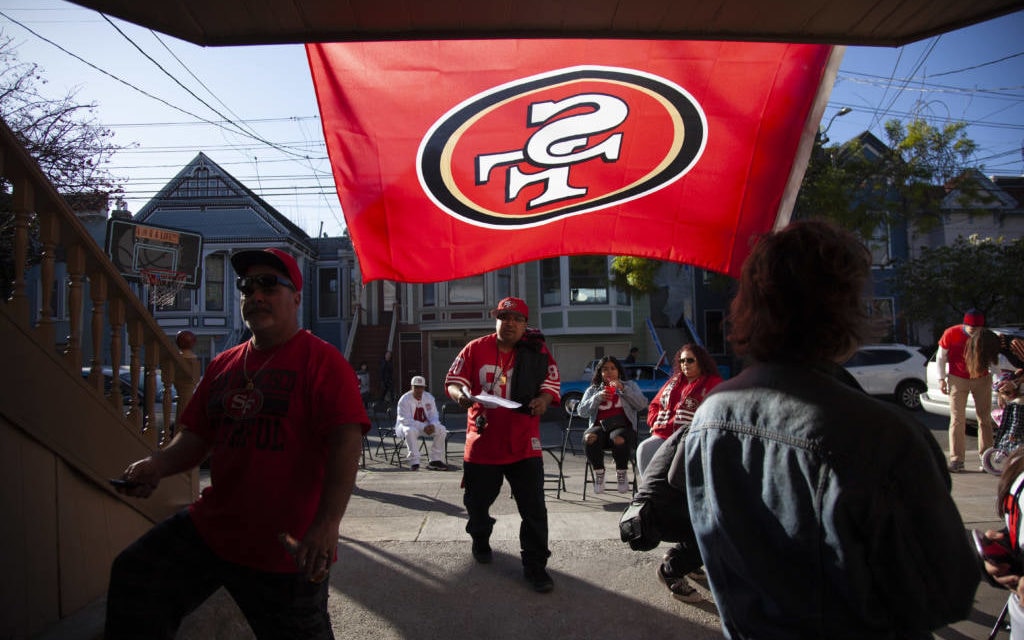 On 21st and Alabama streets, when the 49ers are in the Super Bowl, “everyone is on the same team,” said Tracy Gallardo, who has lived on the block for decades with her husband, John.

Around the start of the first quarter, she and around 30 of her neighbors and friends gathered in front of their house, cooking carnitas, placing bets, and trying their best to get a flat-screen TV — which they placed on top of a compost bin — to pick up the game.

“This is a Niners town,” John Gallardo said. He pointed down Alabama Street, noting that many parties were taking place. “This is the empire going straight down.”

At around 3:30 p.m. the 49ers began their bid for a sixth Vince Lombardi trophy. They’re going against the Kansas City Chiefs and their star quarterback Patrick Mahomes, seen by many as virtually unstoppable.

“He’s a gunslinger,” said John Marksman, who lives down the street and has an entire room dedicated to the 49ers.

A key for the Niners: Keeping control in time of possession, Marksman said. He said running plays will be the Niners’ best bet because it will keep the ball out of Mahomes’ hands.

Throughout the first half, that proved a little difficult. Although San Francisco managed to eke out a field goal in the first quarter, the Chiefs’ Mahomes ran in a touchdown to give KC a 7-3 lead. In the second quarter, the mood really became somber (and the wind seemed to pick up just little) when the Chiefs intercepted a floating pass by Jimmy Garoppolo in the second. That led to a field goal to put KC up 10-3.

The Alabama Street crew was not shaken. “That’s the only excitement they get today,” said one observer.

“They just need to make their adjustments,” Marksman continued to say.

With about five minutes left in the second quarter, the 49ers’ Jimmy G. was able to connect with Kyle Juszczyk for a 15-yard touchdown. As Mission Local hopped down 24th Street, the bars exploded as Juszczyk literally flew into the endzone.

The game is 10-10 going into the second half. And then things got ugly. 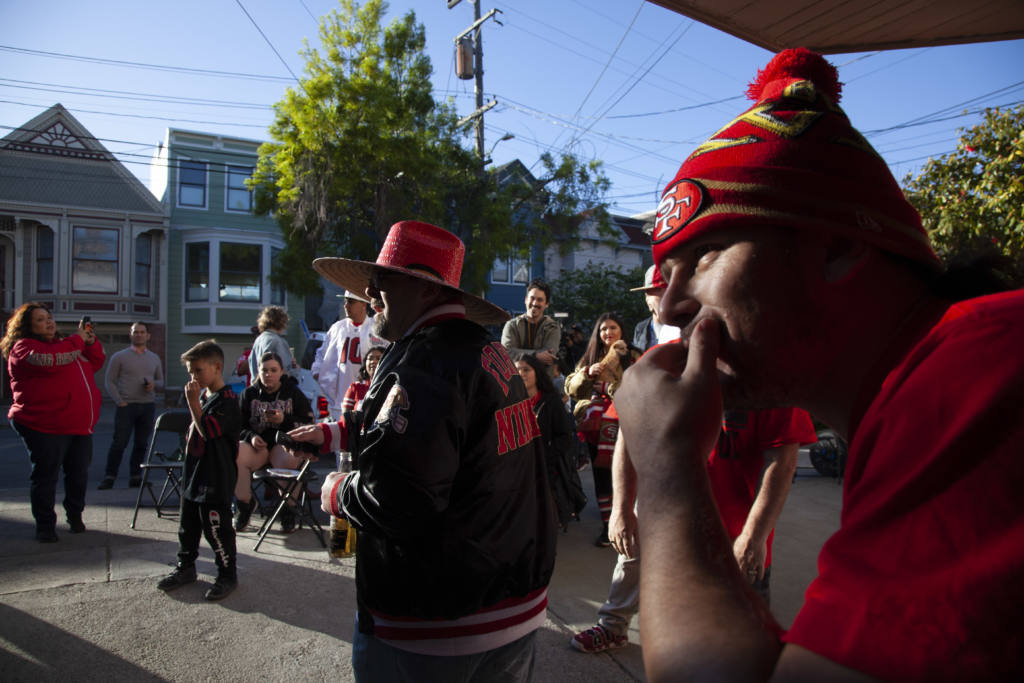 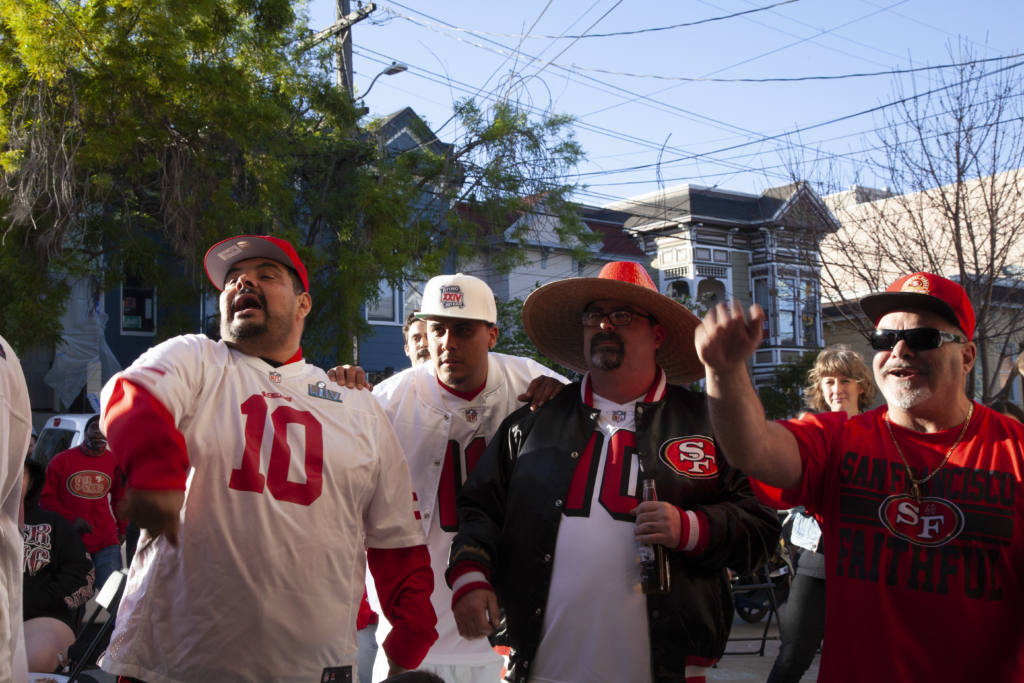 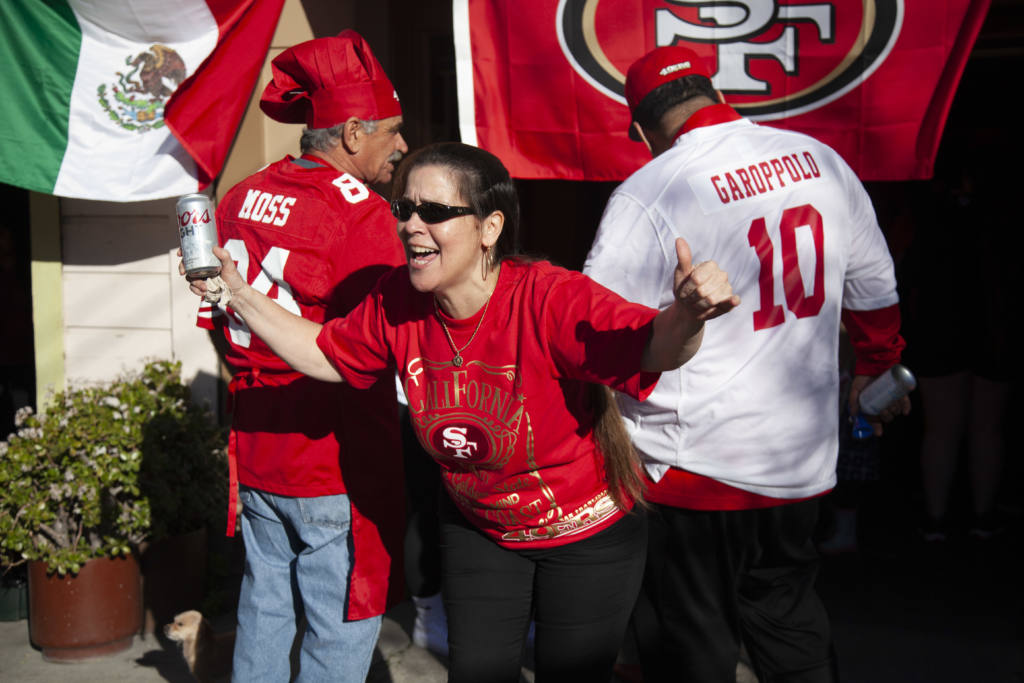