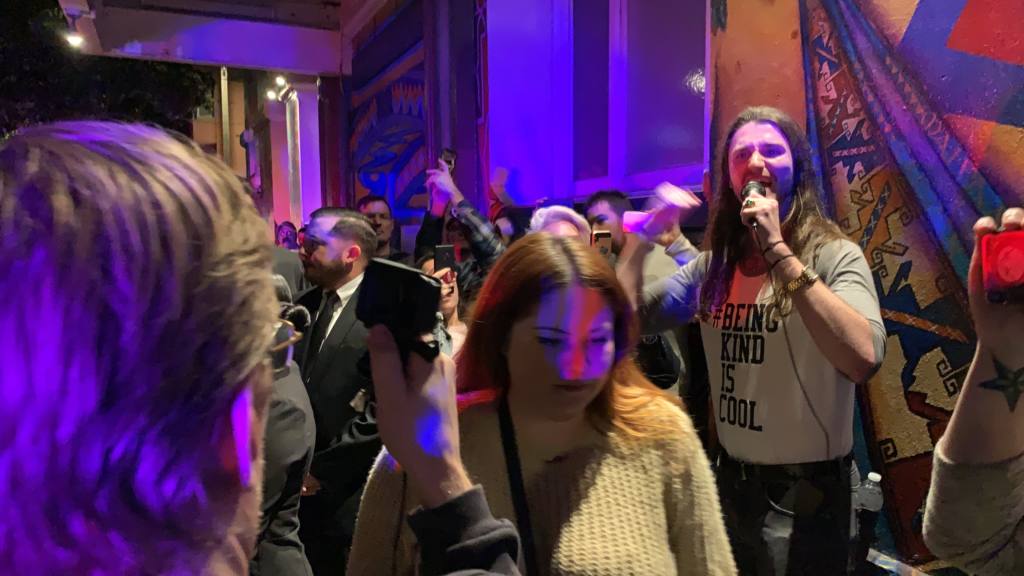 Scott Presler speaks in front of the Women’s Building.

Several dozen Donald Trump supporters rallied in front of the Women’s Building on 18th Street Saturday night — causing a tense and bizarre scene to unfold in the heart of one of San Francisco’s most progressive neighborhoods.

“I want everyone to know that we are going to come out as a fierce, ferocious force in 2020 and re-elect Donald Trump!” screamed Scott Presler, an organizer with #WalkAway, a group aimed at steering the LGBTQ community toward Trumpism and the Republican Party.

Many of his supporters followed by chanting: “USA! USA! USA!” as counter-protesters chanted “No Trump, no KKK, no fascist USA!” Often, demonstrators from both sides got in each other’s faces, sometimes shoving each other — though no physical fights broke out. Police stood by and, at times, had to separate people.

Presler and his group organized the demonstration in response to the Women’s Building apparently canceling a “town hall” the group scheduled for 6:30 p.m. in the auditorium. Representatives from the Women’s Building have not yet returned our inquiries, and it’s unclear if the nonprofit was aware it had scheduled a pro-Trump event.

Presler drew attention earlier in the day when he and others walked around the Tenderloin, filming trash, needles, and feces — and asking homeless people whether the government should prioritize their needs over immigrants. The Women’s Building appeared to have canceled the event shortly after the images and interviews hit social media.

“This election is going to be like this,” Boden added, gesturing toward the chaos and shouting from demonstrators and counter-protesters at the building. “This isn’t going to be intellectual nor political. They feel they’re losing and they’re going on the attack — and they’ve been on the attack for a while.”

Mission Local asked some of the pro-Trump #WalkAway demonstrators why they were spending their Saturday night in the Mission. Some wore “Make America Great Again” hats — and one person showed up in “MAGA” drag. 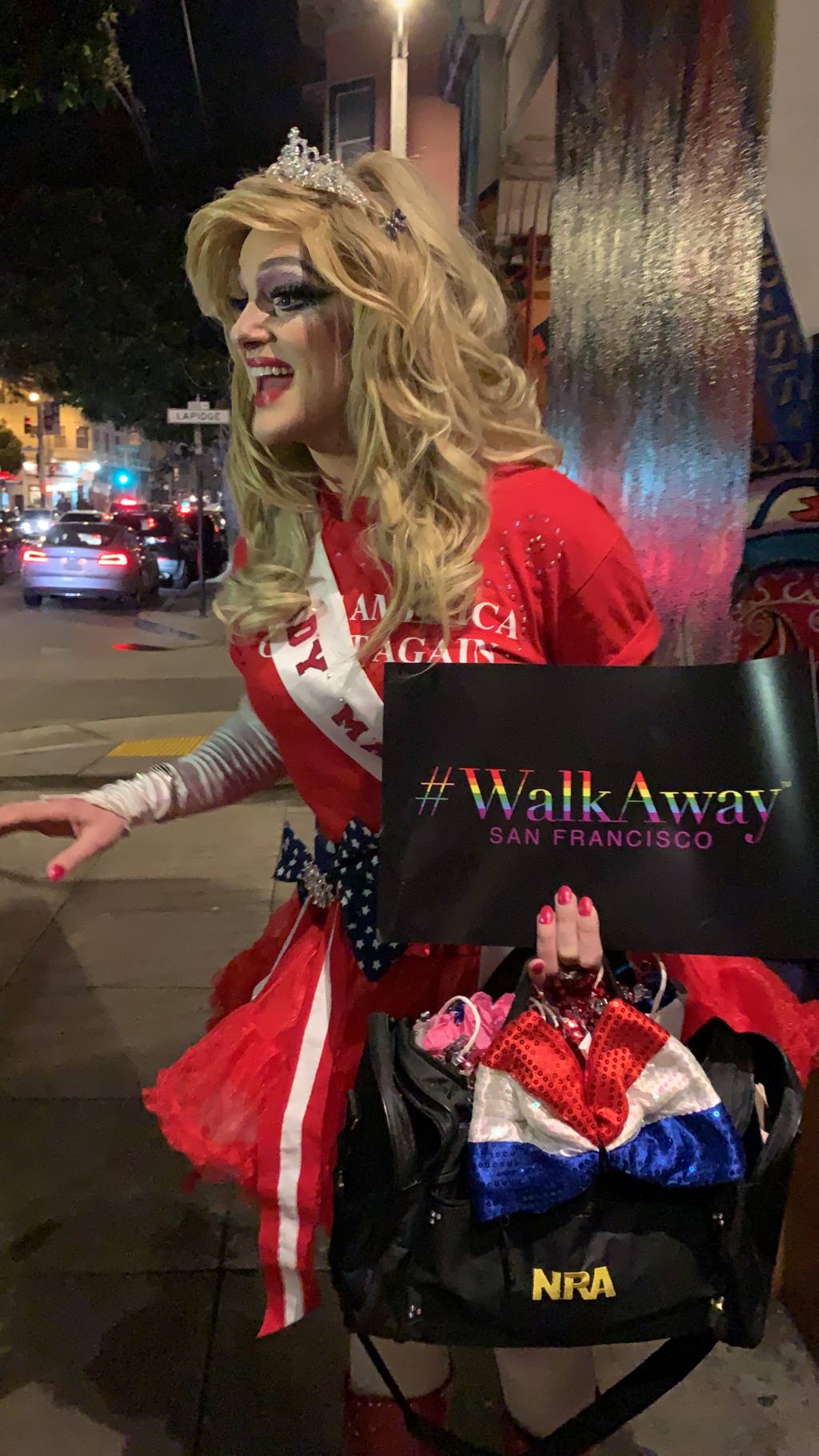 Gugliemelli said he’s gay, an army veteran, and from Milpitas.

By contrast, counter-protesters thought the message was insidious.

“For this right-wing contingent to come to the Women’s Building is just an offense to the progressive community of San Francisco,” said Jennifer Beach, who got into several shouting matches with the MAGA demonstrators. “And for all the queer radical activists who have been here for decades, we have to stand with the Women’s Building — because this is our base.”

Adrienne Fong also felt it was important to counter-protest. “If we don’t stand up to this, it’s going to go on. There’s going to be more hatred.”

Statement from Teresa Mejia, executive director of the Women’s Building: “In January we received a request from a group to use one of our spaces for a meeting on February 1st. We learned that the group had not been fully candid about themselves and their intentions. On February 1st we also learned more about the group’s intentions in SF and that they did not comport with our rules for using our space. It is our belief that they intended to violate our proposed contract terms and that their values and statements would have seriously compromised our own reputation as a
safe place for our community and the people we serve.

The Women’s Building deeply thanks our community who has reached out to inform us and support us through this decision.”