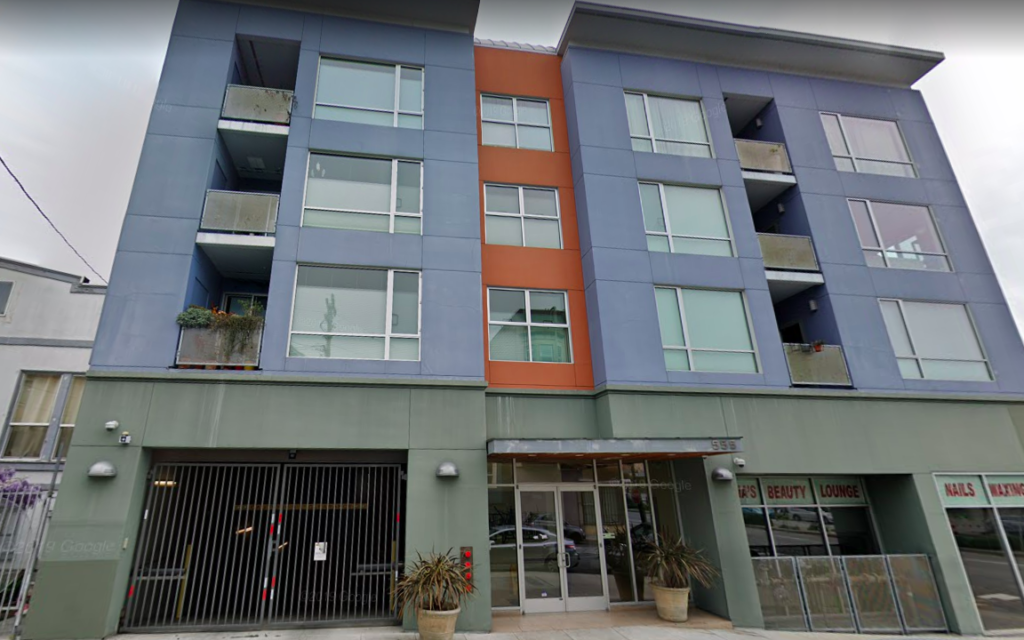 The homeowners association at 555 Bartlett says it has canceled a loudspeaker security system that neighbors accused of racially profiling and blasting messages through a loudspeaker at people of color, immigrants, and people perceived as being homeless or low-income.

“We, the residents of 555 Bartlett Street, are truly sorry,” reads a statement by the association forwarded to Mission Local by a tenant. “We have learned from and heard the feedback and have instructed our third-party security company to turn off all speaker announcements effective immediately.”

The association said that it was trying to “mitigate certain negative impacts to our homes” and apologized for the “disruption.”

“I’m really glad the board heard the community and the announcements have stopped, and the outcome was reached through a peaceful resolution,” said Nancy Charraga, a neighbor who took to social media on Monday to voice the concerns of her and other neighbors regarding noise and profiling people.

Calling the outcome a “success story,” Charraga said she met with a tenant of the building, Amanda Moran, on Thursday. Moran, according to Charraga, made it clear to Charraga that the building was concerned about homeless issues and some single women feared for their safety.

In a Thursday email to Mission Local, Moran said something similar — that “a local bike chop crew camped in our 26th Street entryway, urinating and causing issues for residents trying to leave and enter, especially threatening for the single women and youth who live here.”

“The building decided to try a different tactic and hired a monitored security system,” she added.

Moran said the building residents include “families with children … attorneys who work with immigrants, artists, people who work for the city, arts and culture workers and educators.”

She said she and her family have been harassed online, with people posting photos of her children, since the situation came to light.

But she noted the loudspeaker security system has been turned off. Mission Local’s subsequent email to Moran has not yet been returned.

Charraga said she felt the genesis of such a tactic could be traced back to an “Anglo perspective of not taking into account the low-income and immigrant community.”

“We are in a climate of being terrorized by the Trump Administration and the local police force,” she added.

Charraga said she wants to hold a block party with both the tenants and her other neighbors in the area where the speaker was set up. “So immigrants and Latinos can hang out on corner without being persecuted or targeted,” she said.