People We Meet: A place for me, myself and I 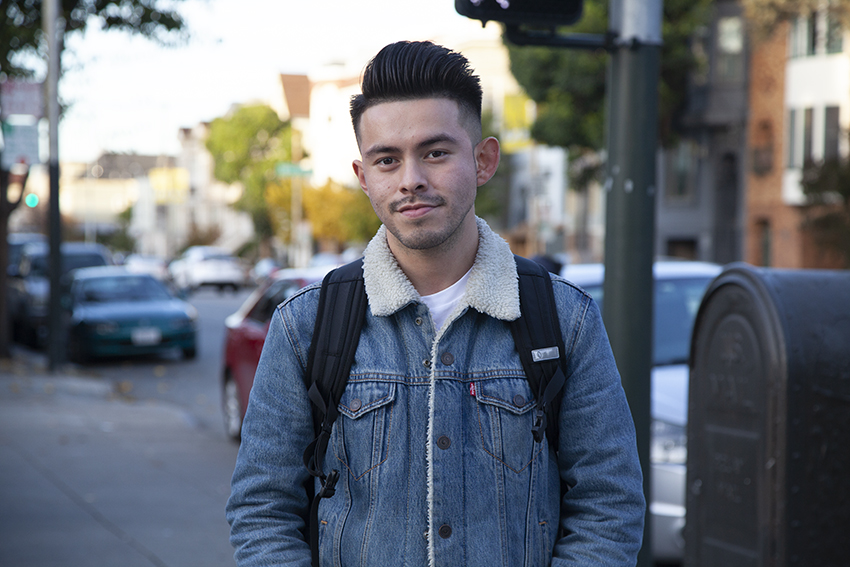 The evening sky was fast approaching on a recent Monday evening as Jairo Hernandez, 24, made his way towards Mission Street. Hernandez works at Timbuk2 at 20th and Shotwell streets, but was taking his lunch hour closer to 5 p.m.

Hernandez, originally from Redwood City, is now working two jobs to save up to move out of his friend’s house in Colma. He starts his first job at 7 a.m. as a barista at Peet’s Coffee in the financial district, then works in sales from noon to 8 p.m. at Timbuk2.

“I moved out here with my partner about two and a half years ago, but we had a falling out, and I had to move,” Hernandez said.

He wants to stay in San Francisco because it’s very relaxed. But the prices are unreal, he said. He’s been saving money for eight months — since before his breakup.

“I just want a big old’ room where I can fit a couch and my bed,” Hernandez said.