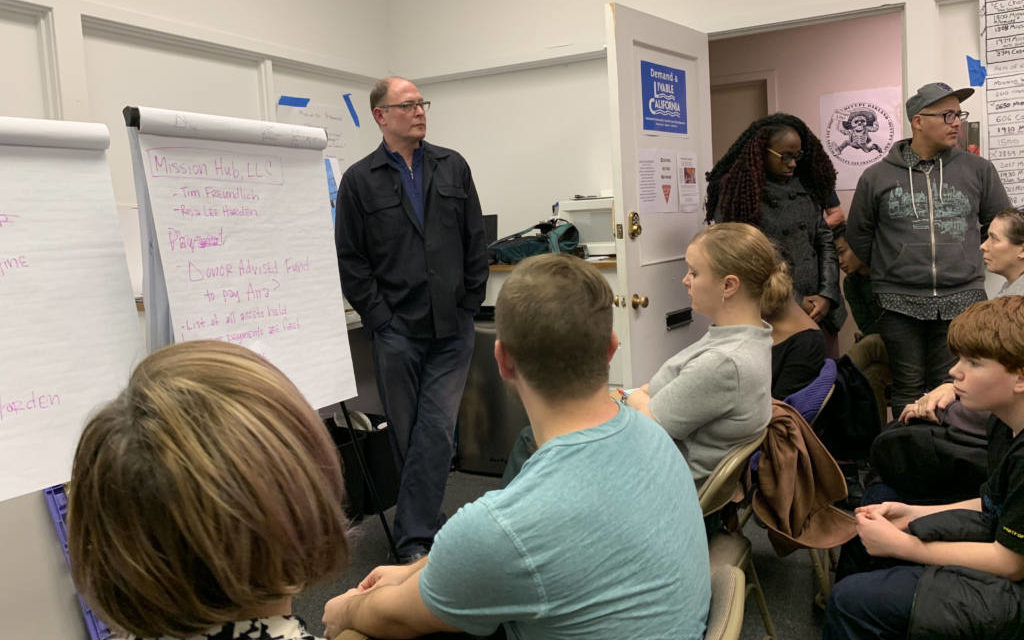 Mission Hub’s operator this month closed not just the Impact Hub on Mission and 15th streets, but multiple other Impact Hub co-working spaces located around the nation. On Tuesday, the San Francisco location was the last to shut its doors, and now former occupants are demanding accountability.

After this week’s sudden eviction of nonprofit organizations from Impact Hub at 1885 Mission St., Mission Hub manager Tim Freundlich on Thursday held an “emergency” community co-op meeting at the nearby Redstone building at 16th and Capp streets. He was asked about the return of rental payments, membership queries, and allegations of wage theft.

Representatives from San Francisco Rising, an advocacy group for working-class people of color, said that an immigrant janitor was not paid for three years of work at the San Francisco Impact Hub location — a matter of some $25,000.

Freundlich said that he has met with the janitor multiple times and that he is committed to addressing the issue. After much discussion, he promised to meet next week with former building occupants advocating on the janitor’s behalf.

Other matters discussed at the meeting addressed technical concerns over membership and the return of rental payments to member organizations. Some of them made advance payments for the spaces they rented.

“We have to look at any assets that we have and figure out how to resolve and in what priority order as much as we can, and be creative,” Freundlich said. “At this exact moment we don’t have a read exactly on what that situation looks like.”

And, it appears, Freundlich’s financial situation is decidedly complicated. 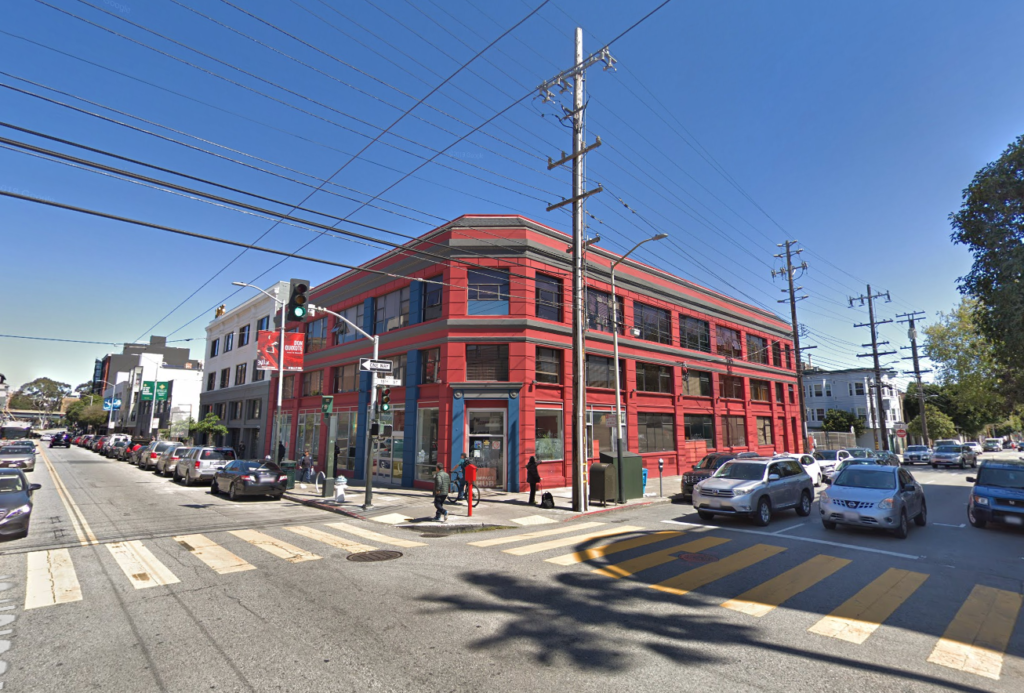 Community members asked about financial resources that Freundlich could tap into, including his relationship with Impact Hub Global and Mission Hub, LLC.

Freundlich said that Impact Hub Global does not have any managerial role over Mission Hub, LLC. The latter is independent and under his management. As such, all fiscal responsibility falls on him and his business partner, Rosa Lee Harden. “Are you attached to other locations?” one attendee asked. “No,” Freundlich answered.

And yet, Mission Hub, LLC, owned five Impact Hub locations all over the United States — in San Francisco, Berkeley, Philadelphia, New York and Washington, D.C. And, in at least one instance in D.C., Freundlich signed on as Mission Hub’s director of the board of managers in a court document filed there.

The D.C. location closed down in 2018 after being evicted for failing to pay rent and fees that totaled some $773,000. Its landlord, Grand Lodge of the Independent Order of Odd Fellows (IOOF), filed a lawsuit in the District of Columbia Superior Court for breach of contract against Mission Hub, LLC.

Although Mission Hub was eventually evicted in Febuary, 2018, its landlord recently filed a civil case demanding approximately $5 million from Mission Hub to cover the remainder of the lease that ends in 2025.

He is facing additional financial challenges in San Francisco.

Superior Court records reveal three judgments against Mission Hub from 2018 and 2019 that require the entity to pay more than $80,000 to the City and County of San Francisco.

Other Hub locations closed without media coverage or concrete explanation. The Philadelphia location shut its doors on Dec. 1, 2015. Dominique Aubry, the location’s executive director, sent a letter to members saying that the company has “incurred considerable financial losses since [it] launched in January 2013.”

In its closing event invitation, the Berkeley location, opened in 2008,  was called “the very first Impact Hub in the United States.” The pioneer space ended operations at the end of April, 2018.

Mission Hub also had a New York location (not to be confused with Impact Hub’s New York Metropolitan Area location). It is unclear when it closed down. There was no public statement about the Berkeley closure, either.