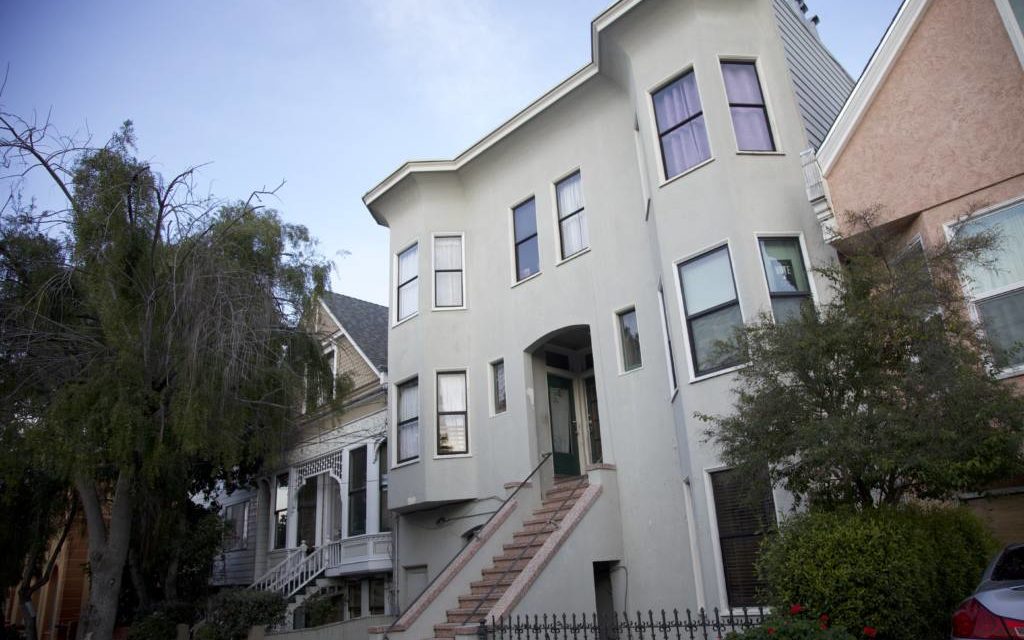 Past lawsuits accuse landlord of physical threats, willful neglect, and barricading himself within tenant’s bedroom with plywood board

The tenants in the 1904 Edwardian on 21st and Alabama are tight-knit. Everyone who lives in the five-unit building seems to be godparents to one another. Even the dogs from different units have had puppies together.

“This is a lot of history here,” said Yesenia Martinez, 45, who has lived in the building all her life with her 90-year-old mother, Yelba. She added that her nieces and nephews know it as “‘grandma’s house,’ and it will be ‘grandma’s house’ forever.”

But soon, maybe only as a memory.

On Jan. 3, the building’s tenants gathered in a “really nice” New York-style loft on Bryant Street at the behest of their new landlord, Michael Campesino, and his lawyer, Justin A. Goodman of Zacks, Freedman and Patterson, a firm notorious for its expertise in Ellis Act evictions.

After introducing himself as the new owner, Campesino “basically said you need to take $50,000 [in buyouts] or we’re gonna Ellis Act you,” recalled 58-year-old John Marksman, who has lived in his Alabama Street unit for 30 years. Campesino then handed them buyout disclosure forms to sign and detailed his plans to transform the building into Tenancy in Common (TIC) condominiums.

Campesino gave them three weeks to think about it, the tenants said. He told Marksman in private that he’d add an extra $5,000 to Marksman’s buyout if he could convince the other tenants to take buyouts, Marksman said. Little did they know that Marksman was the least likely advocate for such an argument, because he landed at 927-935 Alabama St. after a childhood of bouncing around in foster care placements.

So, the tenants considered the offer. And, no, they don’t want to take the buyout. Instead, said Martinez, “we’re all lawyering up.”

In addition to Martinez and her grandmother, who live in one unit, and Marksman — the recognizable “Mission Segway Guy” — who lives in another unit, there is Lizette Flores, 21, who has lived with her parents and three siblings in another unit all of her life. The two other units are occupied as well, one with newer market-rate tenants and the other with another longtime tenant.

Their case is likely to endure for at least a couple of years, but it also underscores how speculators can upend lives by purchasing rent-controlled property for a relatively low sum — the prices are not based on what someone can make on the open market but on current, rent-controlled income — and turning them into veritable cash cows. Although the situation seems tailor-made for a “small-sites” purchase by a local nonprofit, it’s unclear if any are ready to step in. 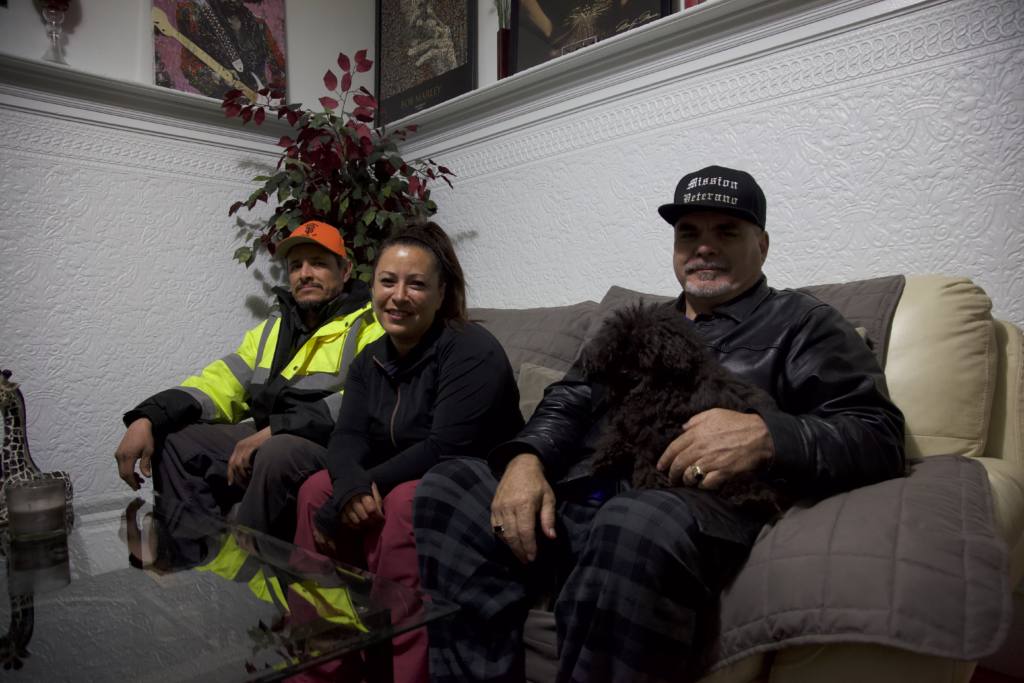 For Campesino’s part, he told Mission Local over the phone: “I always respect everyone’s rights. I look at my tenants’ rights as my responsibility, and my rights are their responsibility.”

He followed up with an email, elaborating:

“I work on properties, that due to rent control, lose thousands of dollars every month, have poor maintenance from previous owners, and even city-backed non-profits decline to purchase. Tenants rights are my responsibility and my rights are their responsibility. I fix all required deferred maintenance, I respect the rights of tenants, and I create opportunity for everyone to build a better long term future by offering generous buyouts that can be used by those same tenants to purchase their own home and begin building their own equity and wealth. 85 [percent] of my buyout recipients use their payment to buy a home.  When tenants are not interested in a scenario where everyone can benefit I expect all parties to fully exert their rights respectfully.”

Campesino and his company, Real Estate Investing Club LLC, bought the Alabama Street property in mid-December for $1.8 million. If Campesino succeeds in pushing out the longtime tenants, he stands to make almost five times his purchase price; a two-bedroom house in San Francisco currently fetches, on average, $1.4 million, according to Zillow.

“They’re heartless,” Marksman said. “How can you come in and uproot these people out of their homes that they’ve lived in all these years? Just so you can make your money? I mean, that’s just greed.”

Campesino sent Marksman a text message on Jan. 23: “I’m doing Ellises all the time John. This is exactly my business and I know the exact road.”

Marksman, Martinez and Flores all fear that if they end up being evicted from Alabama Street, moving out of San Francisco is their only option. “It’s like a complete shock, because I’ve grown up hearing about displacements … and stuff like that,” the 21-year-old Flores said. “But you just never think that’s going to happen to you.”

Each of the three cases, detailed in lawsuits against Campesino, includes rafts of allegations that the landlord intentionally failed to maintain the buildings he purchased in an attempt to force out his tenants. In one case, he allegedly allowed lead paint contamination to persist around child tenants. In all three of the cases, he allegedly entered the tenants’ homes without notification. In at least two instances, tenants allege Campesino forcibly broke into apartments or bedrooms without permission. He once allegedly barricaded himself in a man’s bedroom in Berkeley, using a piece of plywood as a protective barrier.

“He’s really a piece of work,” said Raquel Fox, a Tenderloin Housing Clinic attorney representing tenants of 1151-1161 Alabama St. near the corner of 24th Street, whom Campesino filed to evict via Ellis Act in March 2019. The tenants are still residing there and fighting back.

Campesino successfully forced tenants out of at least one of his Mission District properties, while tenants at his other Mission properties allege neglect and harassment. A lawsuit from 2009, relating to property he owns in Berkeley, shows that the allegations of harassment have been piling up for years. 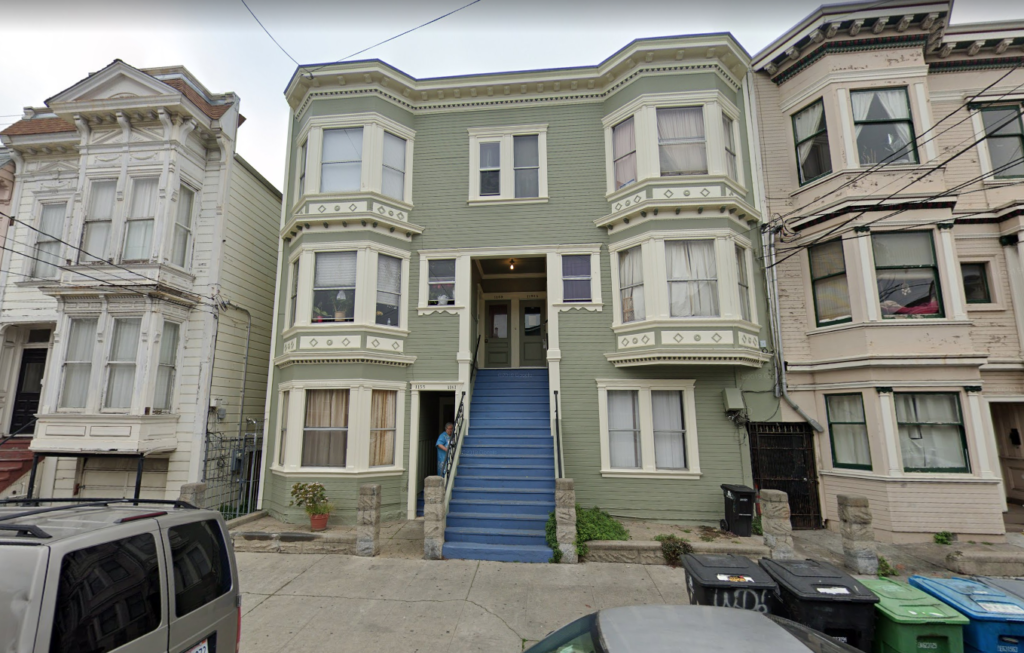 Campesino’s modus operandi at 1151-1161 Alabama was similar to the building two blocks away where Marksman, Martinez and Flores live. Purchased in November 2018, also for $1.8 million, he offered tenants of the five-unit building buyouts of  $100,000. They too refused and he then filed for Ellis Act evictions, according to Sam Ortega, 44, a tenant there.

Campesino “doesn’t care about the community,” Ortega said, sitting outside his home on a Friday. “He just cares about money in his pocket.”

Ortega and his fellow tenants filed for a one-year extension on their Ellis Act eviction in April 2019, and sued Campesino several months later in August. They allege in their lawsuit that Campesino has neglected to maintain the building, including letting mold and mildew persist, not installing fire alarms and extinguishers, and “failing to remove the raccoons that live and colonize the basement area” of the building.

In the last year, tenants in the building filed 10 complaints with the Department of Building Inspection. Nine remain open.

Campesino also allegedly changed some of the door locks without permission and entered apartments without written notice.

Indeed, in March 2018, Campesino bought a six-unit building at 1370 Natoma St., between 14th and 15th streets, for $2.23 million. According to a lawsuit filed by its tenants in September 2018, Campesino repeatedly entered two of the apartments without proper notification, once entering through the back door of an apartment “with no notice.” When asked to leave, the lawsuit alleges, Campesino “refused,” stating that “he knew everything about the law.”

Once, in July 2018, Campesino gave notice that he would be doing repairs in an apartment. When the tenants, Oscar and Miriam Jimenez, locked the door to their bedroom, Campesino allegedly broke into the bedroom, “causing damage to the doorknob and door frame.” He allegedly did no repairs in the room.

The same day he allegedly broke into the bedroom, Campesino — without notifying the tenants — allowed his “fully-grown pit bull” to roam around the apartment unsupervised and without anyone’s permission. A day later, Campesino notified the Jimenez family that they were receiving a 163.4 percent rent increase, from $1,975 to $5,400.

They remained for the time being, and sued Campesino that September.

At another apartment within the building, 1374 Natoma St., Campesino purportedly failed to fix lead toxicity levels in the apartment after a tenant, Rosa Coyado, filed a complaint with the Department of Building and Inspection. “The two children residing there … were and are suffering from lead toxicity levels that required their pediatrician to report the issue to the City,” the lawsuit states.

After speaking with the children’s doctors, their mother, Cynthia Ayala, “believes the lead issues were compounded when Campesino sanded and painted the front two units without proper (or any) lead precautions,” the lawsuit states.

On Sep. 6, 2018, only a week after the two children’s pediatrician reported heightened lead levels in their bloodstreams, Campesino served the family with a “three-day pay or quit” notice, arguing they hadn’t paid rent for three months. The family had, in fact, paid rent for those months, and attached their receipts as evidence in their lawsuit. 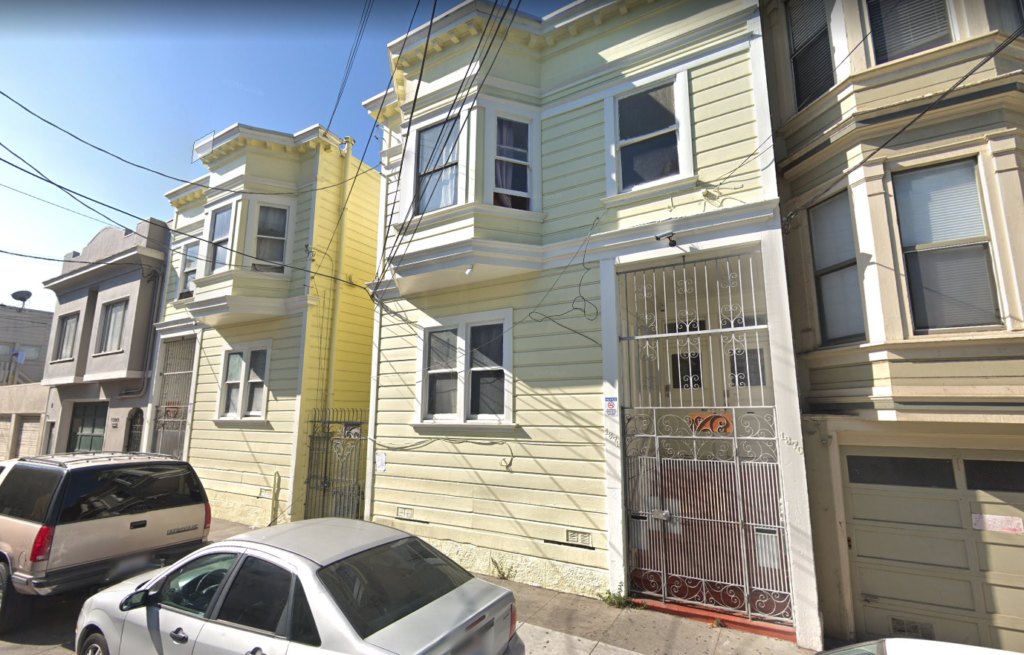 The tenants “believe that this 3-day notice was merely served in order to harass, threaten, and retaliate against them for exercising their rights under” the law, the lawsuit says.

The case was resolved through mediation at the end of last year with confidentiality provisions, said Debra Bogaards, the lawyer representing the tenants. The tenants have since moved.

Campesino’s alleged behavior is not limited to San Francisco. In March, 2009, William Blagborne, a 64-year-old tenant at 3030 College Ave. in Berkeley, sued his landlord, Michael Campesino, for entering his apartment on March 2 of that year and nailing a “thick piece of plywood” over the entry of Blagborne’s bedroom.

That day, Campesino left a note for Blagborne stating that he was “taking possession of the bedroom” for Campesino’s personal use. The day after that, Campesino allegedly threatened Blagborne “with bodily harm” if Blagborne tried to remove the plywood barrier. At the time the lawsuit was filed on March 5, 2009, Campesino continued to “occupy the bedroom of the Apartment with force, menace and threats of violence.”

Blagborne’s lawsuit further alleges that, in the past, Campesino had forcibly broken into the front door and entered his apartment without permission, turned down the water heater, splotched paint on Blagborne’s ceiling, and contaminated the apartment with lead paint.

Again, like tenants who would cross Campesino’s path a decade later, Blagborne believed that Campesino’s harassment campaign was “motivated by a pecuniary desire to profit” from Blagborne possibly having to leave the apartment and the prospect of jacking up the rent afterward.

The case was eventually dismissed at the request of Blagborne’s lawyers. They did not return a call seeking comment, and it’s unclear if Campesino’s alleged behavior resulted in Blagborne leaving the apartment.

And those aren’t the only buildings Campesino has purchased of late.

According to Rent Board records, Campesino on Jan. 3 of this year also filed six buyout declarations on a building at 2920-2924 25th Street. Some of the tenants Mission Local spoke to at the building were unaware of this.

The building was purchased on Dec. 13 by one “Real Estate Investing Group LLC,” a company that cannot be found on the California Secretary of State website.