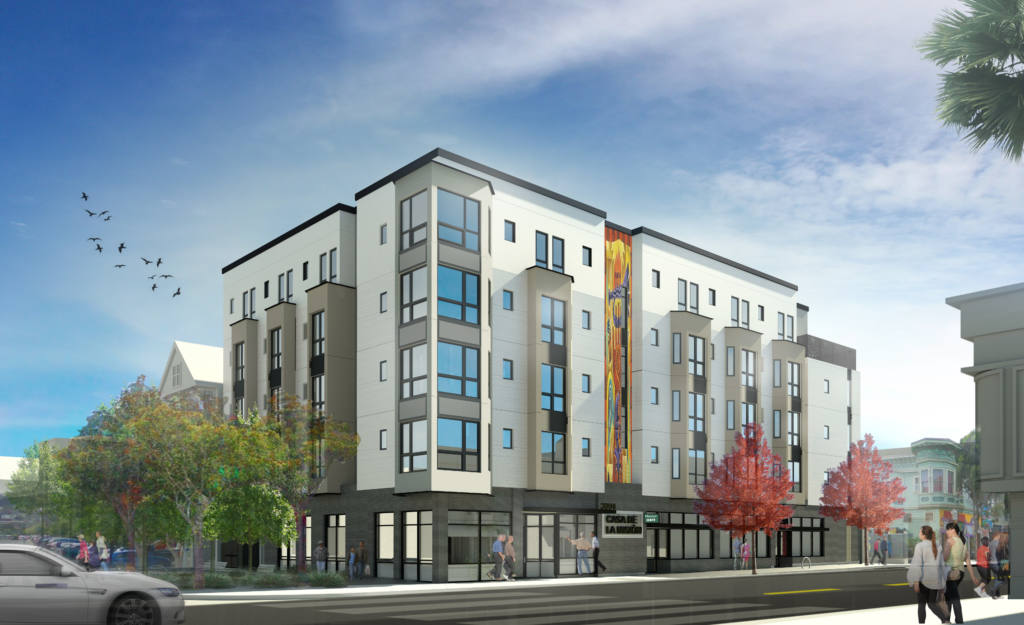 Once slated to become a Taco Bell, this land became a community asset, and will soon house displaced senior citizens

A five-story, 45-unit building reserved for displaced senior citizens officially began construction on Thursday at 3001 24th St. — the sixth 100-percent affordable building to break ground in the neighborhood in a two-year period.

“This is a very emotional moment for me,” Sam Ruiz, the CEO of Mission Neighborhood Centers, told some 100 people gathered at the site this morning.

Emotional, and perhaps cathartic. As most speakers noted, getting to this day took more than 20 years.

But before the deal closed, Ruiz and others in the neighborhood organized, making it clear to the company that community members would resist any efforts to convert the building into a fast-food restaurant. That’s when Pepsico pulled out, and Mission Neighborhood Centers scrambled to make an offer, he said.

With help from Rep. Nancy Pelosi and former mayor Art Agnos, then the regional head of the U.S. Department of Housing and Urban Development, Mission Neighborhood Centers found a downpayment and eventually purchased the building for $1.8 million, Ruiz said.

The nonprofit, however, struggled for years to launch plans for a neighborhood center. “When nonprofits have those dreams, you can dream that it will be done in five [years] but it will take 10,” Ruiz said, explaining the project’s failure to gain traction.

At that time, Ruiz said, “the eviction rate was beginning to soar,” and the nonprofit decided instead to focus on housing — particularly senior housing because “seniors were the number one individuals who were being evicted.”

The last 10 years, according to Ruiz, have been spent in the planning process. “The dream was to have these folks come back to the community at some point,” Ruiz said. “So, hopefully, in a year and a half, they’ll be back home.”

In addition to the senior housing units, the building will feature 1,373 square feet of ground-floor community space, as well as 468 square feet of office space. It will take an estimated $30 million to build and is funded by “a combination of low-income housing tax credit equity” and a donation of $5 million from the Bettye Poetz Ferguson Foundation, according to Mission Neighborhood Centers.

As the senior project broke ground on 24th Street, a nine-story, 94-unit affordable building for seniors is receiving its finishing touches at 1296 Shotwell St., and residents will move in as soon as next week. That project, developed by the Mission Economic Development Agency and Chinatown Community Development Center, was the first 100 percent affordable project to break ground in the Mission in a decade.

These two senior-oriented projects are among the eight 100 percent affordable housing projects in the pipeline in the Mission District — representing some 800 units. Four of those are under construction. Another 130 units at 681 Florida St., is slated to break ground this year and 63 condos at 2205 Mission St., is seeking approval. In June, the city bought a site at 1515 South Van Ness for affordable housing, but nothing has yet been planned there.

At Thursday’s groundbreaking, Supervisor Hillary Ronen said that the 45-unit project at 3001 24th St. is the first 100-percent affordable housing project to be built on 24th Street since the early 1980s. “That’s not acceptable,” she said.

Mayor London Breed, who also addressed community members, said the recent boom in affordable housing could, in many ways, be traced back to the activism of Mission community members “who marched the halls of City Hall” and made themselves known as city officials were preparing a $310 million housing bond, which ultimately passed in 2015.

Mayor Ed Lee set aside $50 million for the Mission — precisely because of the Mission community’s outcry over gentrification and affordability.

“I am so grateful,” she said, “that the work that we’ve done not too long ago is actually — finally — being realized.” 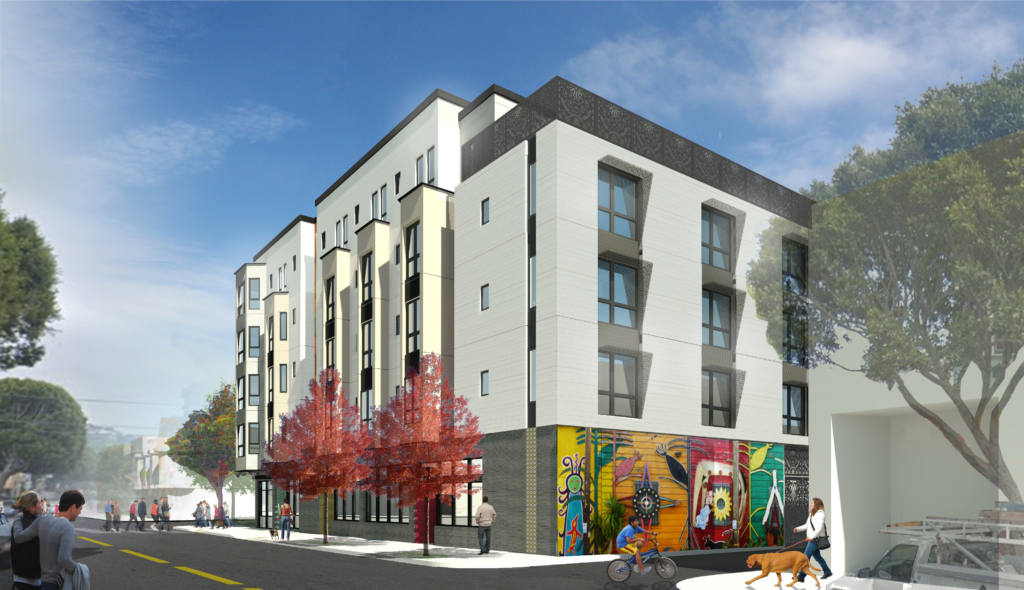 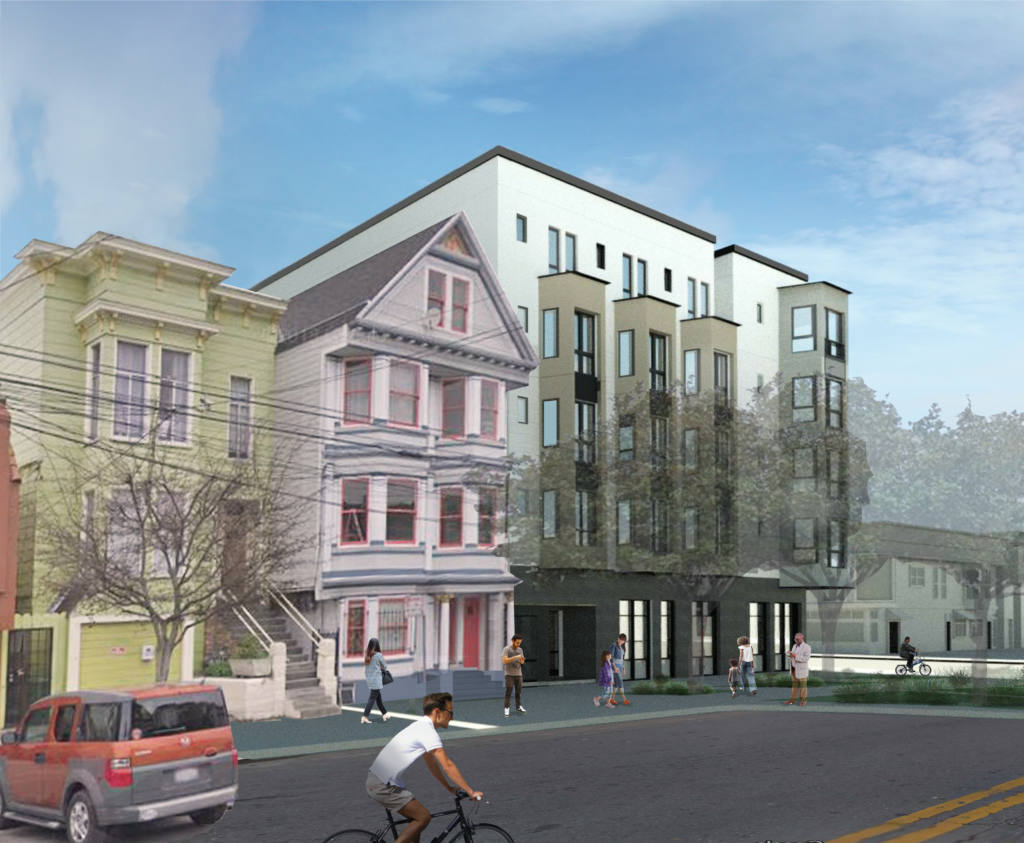