People We Meet: Guinea pigs can make a lot of noise 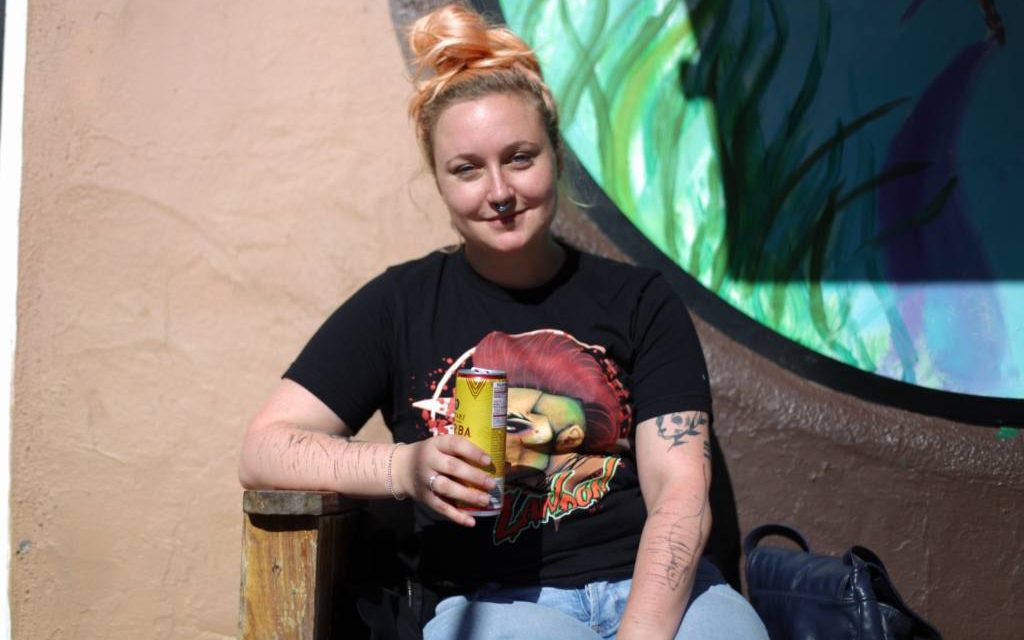 When she was a kid there were animals quite literally everywhere in her life, Eliza Speece said.

Sitting on a bench at the corners of Valencia and 21st St. on a recent Friday, Speece, 27, was reminiscing about her childhood. Her mother rescued guinea pigs, rats, and other small animals and she would help care for them.

“If you’ve been in a room with a lot of guinea pigs and you hear them squeal, it’s like a symphony of noises. They’re very loud animals,” Speece said.

Her love for animals continued into adulthood and until a month ago Speece had been working in the outreach and education department of a nonprofit animal organization. There, she taught kids to be kind to animals. A month ago, however, her department was dissolved and Speece found herself out of a job. (She declined to name the nonprofit.)

In the last month, she said, she stumbled into a drag show and became interested in performing. Now Speece is performing as a Drag King and immersing herself in the community.

“I just want to be one of those advocates for Drag Kings who just don’t get as much acknowledgment,” Speece said.