Prop. A: San Francisco ballot measure prepares for The Big One When the Port of San Francisco asked Eileen Rinaldi, Founder and CEO of Ritual Coffee Roasters, to spread awareness of San Francisco’s Embarcadero Seawall, she decided to name an espresso roast “Seawall Stroll” to spark conversation in her shops.

“I mean, people just didn’t know we had one,” Rinaldi said of the seawall. “When you talk about it, they say, ‘Oh yeah, I have noticed something.’”

That seawall, a 100-year-old, three-mile-long structure that runs the length of the Embarcadero from Fisherman’s Wharf to AT&T Park, protects the city’s northeastern shore from the Bay and, according to urban planners, is in desperate need of repair. Prop. A, placed on the November ballot by the San Francisco Board of Supervisors, would create an infusion of cash to keep the seawall upright and in place.

Despite overwhelming support from city supervisors, BART leaders, and Save the Bay (to name a few), critics point out that the proposition primarily benefits waterfront businesses and only partially pays for what’s needed to fully retrofit the seawall.

The first stretch of the Embarcadero Seawall was built on a tidal mudflat on the northern waterfront back in 1878 to protect the shoreline from surging surf. By 1916, the full three-mile structure was in place, paving the way for developers to build what we currently see today: a stretch of real estate that hosts a significant part of San Francisco’s multi-billion-dollar tourism economy.

But tidal mudflat is not the best substrate for construction in an earthquake-prone area. The San Francisco Bay Area Planning and Urban Research Association (SPUR), a think-tank focusing on regional development policy, said in their November 2018 Voter Guide that the seawall is “old and sinking” and highly vulnerable to earthquakes.

Seismologists calculate a 72 percent chance of an earthquake with a magnitude of 6.7 or greater hitting the Bay Area within the next 30 years. The idea behind Prop. A is to repair the seawall either before a catastrophic quake causes the wall to shift a few feet backward into the city, or before flooding from rising sea levels threatens city infrastructure.

Peter Albert, a lecturer in the University of California at Berkeley’s Department of City and Regional Planning, said San Francisco is no different from any aging city facing big-ticket infrastructure maintenance. “You don’t build something and then just walk away from it,” he said.

The Port of San Francisco estimates that the seawall guards more than 500 acres (about three-quarters of one-square-mile) of “low-lying land” in the financial district from flooding. The wall also stops floodwaters from entering BART and Muni tunnels and the city’s sewer systems. Losing that protection would put the risk of billions of dollars’ worth of damage to city transit and waterfront businesses, Prop. A advocates say.

“Given the amount of infrastructure and asset value at stake in a location, it makes sense from a number of perspectives,” said Miyuki Hino, a doctoral student in Stanford University’s Interdisciplinary Program in Environment and Resources, said of the planned repairs.

If Prop. A passes, $425 million in general obligation bonds will be sold to fund a new and improved seawall, increasing property taxes by $13.23 per $100,000 of assessed value each year for 24 years. According to San Francisco’s Office of the Controller, the bonds would replace retiring bonds, so taxes would not increase. With Proposition A dollars, work would begin on the most vulnerable sections of the seawall, in hopes that future dollars would fund long-term work on the rest of the seawall.

“The vulnerable pieces—they’re lower lying and right around the ferry building. This includes the Muni portal,” said Steven Reel, Seawall Program Manager for the Port of San Francisco. “That area is at flood risk today.”

The waterfront also serves as an evacuation point for roughly 250,000 people in the case of a natural disaster, said Reel.

“With seawall failures, those berths won’t be accessible,” he said, referring to locations where boats pull up to dock.

The proposition’s only public opponent is the Libertarian Party of San Francisco. “If businesses leasing waterfront property from the Port Commission want those properties to be better protected against bay water spillover, they can pay for it themselves,” the party wrote in the upcoming election’s Voter Information Pamphlet. The Party also points out that the cost of repairing the seawall could potentially be much higher than current estimates.

In fact, the needed seawall repairs will take place in several phases, over several decades. According to the Port of San Francisco, full infrastructure improvements could cost as much as $5 billion. Proposition A would fund only the first phase.

Reel said that while Prop. A would secure local funding, San Francisco would also seek state and federal dollars to complete the project.

Supporters say that a fortified seawall is critical, at any cost, due to immediate seismic and flooding concerns.

Water is already pouring over the seawall near the Ferry Building during heavy winter rains, said Katharyn Boyer, Professor of Biology at San Francisco State’s Estuary and Ocean Science Center.

“We know it’s going to be a continuing problem,” she said. 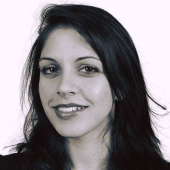