A new law proposed today would give victims of fires priority in the lottery to be placed in an affordable housing unit, just a week after a massive fire left 58 people displaced and destroyed the corner of Mission and 29th streets.

At the Board of Supervisors on Tuesday, Supervisor Scott Wiener introduced legislation that would create a preference category for tenants displaced by fire so that when they apply for affordable housing, they receive priority over other applicants.

“We need to do more,” Wiener said. “There’s been a series of fires in the Mission, including the parts that I represent, and we just have to do right by these tenants.”

Affordable housing lotteries already have different preference ranks for tenants evicted by the Ellis Act or for those who live near the housing they seek, for example, but do not offer anything to fire victims. A change to the law to help such victims was considered late last year but ultimately killed over concerns that there would be a flood of new applicants for a limited housing stock.

Affordable housing developments often get thousands of applications for just dozens of spots.

Now, however, concerns over the number of fires in the city — particularly in the Mission District, parts of which Wiener represents — have made displaced victims a top priority.

Fire victims would likely be prioritized after those displaced by the Ellis Act and in owner move-in evictions, or those with neighborhood preference, Wiener said.

“There are some tenants who have the resources to end up on their feet, but there are way too many tenants who have nowhere else to go,” he said. “They either become homeless or move into a [single-room occupancy hotel] or leave San Francisco.”

Housing displaced fire victims in San Francisco’s housing market is notoriously difficult. After the deadly fire last year at 22nd and Mission streets, some 60 people were displaced, many of whom were relocated as far away as Treasure Island. Tenants legally have the right to return to rent controlled units at their old rents, but few exercise that privilege because of the time — often years — it takes to repair a burnt building.

Hillary Ronen, chief of staff for Supervisor David Campos and one of the point-people for assisting victims after the fire last week, said her office has been able to house people in the past only “by the skin of their teeth.”

“The biggest challenge is how high market rents are,” she said. “It’s the same challenge for anyone who’s displaced by a rent controlled unit. It’s the crisis we have.”

To that end, Ronen secured a $300,000 set-aside from the city’s budget to be funneled toward rental assistance for families displaced by fires, she said. The set-aside would last for two years and add to a fund of $125,000 already in place at the Human Services Agency for such aid.

Campos is also supportive of Wiener’s legislation, though he did not work with him on it.

Ronen and Campos’ office have been helping those displaced by the five-alarm fire at 29th and Mission streets last weekend find long-term housing. As of Tuesday, according to the Human Services Agency, all who sought accommodation through the city have been moved out of a temporary shelter at the Salvation Army on Valencia Street.

But relocating the tenants from the fire at Mission and 22nd streets, for instance, was a “hodgepodge” affair, Ronen said. Some were housed through the Good Samaritan Program, a law — passed by Supervisor Wiener in 2011 — that allows landlords to receive some city assistance for hosting victims of disasters at their old rents.

Others were able to go to Treasure Island and Parkmerced, because they happened to have empty units, Ronen said. But “it was a struggle,” she added, and Campos’s office had to give some $40,000 in rental assistance to the families to make ends meet.

“There’s no formula,” she added.

Joe Williams, one of the displaced tenants who lived in the single-room occupancy hotel above the 3300 Club, said it’s been difficult to find housing for his three-person family. He’s been rejected from other SROs because he’s not supposed to house three people in one room.

“The biggest difficulty is it’s me, my son, and my wife, and technically we’re not supposed to stay in an SRO together,” he said. “They’re trying to place me in SROs, but no one is trying to let us stay there.”

Williams’s family was split up before the fire because he couldn’t find family housing. Often his wife stayed in one SRO with their son, and he stayed in another. The Graywood Hotel at the corner of 29th and Mission streets was a rare find for the family, which had only been in the SRO for some 30 days when the fire broke out.

“A one-bedroom or studio is fine, we’re fine in there,” he said.

Williams stayed at a Salvation Army shelter for days after the fire, sleeping on a cot in an indoor basketball court filled with other fire victims. The lack of privacy was difficult, he said, joking that his son “is a little whiner” who “ruins everyone else’s time” by crying.

Living in a gym also made it harder to find housing, he said. He is now in a free Airbnb through July as part of an initiative of the company that provided free accommodation to some victims of the fire.

But Williams — like many of the tenants displaced from the SRO — has a Section 8 voucher and would likely not qualify for Wiener’s program, since such vouchers are used to offset rent at privately rented units.

But depending on their income, and what other forms of housing assistance they already receive, other families from the 29th and Mission fire might. The new law would only allow those who already qualify for affordable housing to get preference, but other specifics will have to be ironed out, since the law has not yet been drafted.

“We have to be very careful in how we define who exactly will qualify,” Wiener said.

Williams, for his part, said that the housing search per se has not been the most difficult. He cannot find units available at his price range and cannot earn the amount of money many landlords want — usually three times the rent — to assure them he will be a good tenant.

“At the end it’s the financial part, they’ll only allow us to get into a place with $1,500 [a month], no more,” he said. The median rent for a one-bedroom currently on the market in San Francisco is $2,900 according to Trulia, though other sites put it as high as $3,900.

Wiener’s proposal piggybacks onto another law he also proposed today that would give those who live or work in San Francisco priority for affordable housing lotteries, over concerns that rare housing stock was being taken by those from outside the city.

The whole package will have to go to the Land Use Committee of the Board of Supervisors next week before coming back to the full board for a vote.

Wiener is hopeful it will pass — and soon, given the number of fires city-wide.

“We want to get this together pretty quickly, we don’t want to drag it out,” he said. 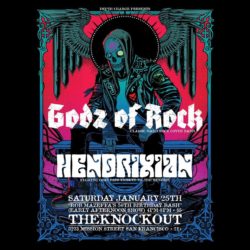 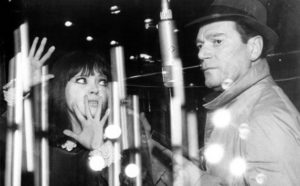