Score 0%Score 0%
Officials took questions and often heard statements of mistrust and resentment from the audience.

On a recent Wednesday night, more than 100 people packed into the auditorium at John O’Connell High School, angry about a contested plan to meter parking spaces in the northeast Mission.

This meeting was the San Francisco Municipal Transportation Agency’s chance to rectify the situation, to let residents know that they wouldn’t go forward with a new parking plan without community input — that this time would be different.

But the agency met with a tough crowd. As SFMTA officials asked the attendees to sit in the area of the auditorium that corresponded with their quadrant of the neighborhood, one man murmured, “They wanna divide and conquer!”

It was a bit like watching an absent parent try to reconnect with children after years of missing visits and breaking trust.

“We are here to restart the process because we heard loud and clear that we didn’t get it right the first time around. So we took a couple steps back to restart,” said SFMTA Director Ed Reiskin at the beginning of the session.

Community members listened — some reluctantly — as Jeffrey Tumlin, a consultant to the project, presented newly acquired data on various aspects of parking in the northeast Mission. Tumlin highlighted the Mission’s unique history, which has shaped the area’s hodgepodge of land uses. The data highlighted parking supply, regulations and occupancy at the block-to-block level.

“One size certainly does not fit all,” said Tumlin of the Mission’s mixed use of land, which distinguishes it from other parts of the city.

The SFMTA restarted the decision-making process in the northeast Mission after encountering fierce opposition from the community earlier this year when it tried to implement an SFpark pilot project that would install new parking meters in the area. Under the SFpark program, meter and garage prices are adjusted up or down according to demand. The goal is to reduce congestion by helping drivers quickly find open parking spaces.

The move to manage parking comes as a 220-spot parking lot on 17th and Folsom streets is slated to be converted to a park and low-income housing development.

The goal of Wednesday night’s meeting was to present newly acquired data and hear the community’s suggestions regarding parking management techniques in a neighborhood where parking is largely unregulated.

One man, unhappy with the response to his question about his small business, left angrily, flashing his middle finger at Reiskin. “I’m taking my business elsewhere,” he said.

Jennifer Brommer, who owns a motorcycle shop in the Mission, was close to tears. Parking in front of her shop was free for 13 years, but now she pays for her customers to park, which can cost up to $2,000 a month.

“They’re destroying me with their agenda because they didn’t look closely at each block,” she said. “[That’s what] this meeting is all about, so hopefully there’s gonna be some change.”

Parking in San Francisco can be a headache, and the northeast Mission is no exception. According to the SFMTA, it typically takes drivers 27 minutes to find a parking space in the northeast Mission. The city’s transit-first policy encourages residents and commuters to rely on BART and Muni rather than their cars, but many at the meeting, including Tumlin, said that a transit-first policy is at odds with the desire to increase parking availability and ease.

The SFMTA’s goal, Tumlin said, is to make some parking available while also discouraging people from driving when they could take public transportation, walk or bike.

Tumlin, who is originally from Los Angeles, said that he will probably always own a car but understands that he takes up far more street space by driving than when he walks, bikes or uses public transit.

But does a transit-first policy really work for the Mission, where transit service often falls short? Tumlin acknowledged that Muni service in the neighborhood is “terrible.” And the not-so-quiet elephant in the room was that more meters ultimately equals more revenue for the city. According to the San Francisco Chronicle, “revenue from parking fines and fees … generate[s] more than $187 million a year that is pumped directly into the Muni transit system.”

One community member at the meeting told the SFMTA that she would love to take public transportation, but it’s simply not an option. She said that she had lived in New York City for several years and never needed a car, “but here it’s different, public transportation is not at that level where I can solely rely on it.”

A group called ENUF (Eastern Neighborhoods United Front) has been monitoring the SFMTA’s policies with concern and anger. “Everything they say is ‘Oh, transit first,’” ENUF member Mari Eliza told Mission Local, who also referred to the difficulty of accessing Muni in the Mission.

The city’s transit-first policy began in the 1970s, Eliza said, when San Francisco had air-quality problems from car pollution. These days, she said, it’s a different story. “In 1973 there was really bad smog…. If we’re looking at today, you’re trying to push plans that were developed 30 years ago. What’s here now is that we’re at a 20-year low for carbon emission.”

In the final part of the meeting, attendees split into small groups based on their place of residence. Many residents from each subgroup spent time with SFMTA officials, giving block-by-block suggestions for managing parking to suit their streets. Others had no faith in a process that they said would ultimately be determined by the SFMTA’s board of directors.

Some residents had difficulty communicating with the city officials because of language problems.

Near the entrance to the meeting, an SFMTA representative asked a man to write down his email address on a mailing list, repeating the word “address,” which the man interpreted as his physical residence. Finally, a Spanish-speaker interpreted the representative’s message. “Oh, my email?” said the man. “I don’t have an email address.” He passed on the question and looked for a seat.

“Mi nombre es Victor Bonilla,” the man said later. “I live at Capp between 18th and 19th. It’s a residential area, not a commercial one. I understand that the meeting is to pass or not pass a resolution that would put meters in the neighborhood, something which would absolutely hurt the peace in the community.”

Bonilla is part of a group of longtime residents who rely on cars to get to and from work, their children’s school events, doctor visits and the like.

“Look, we have three cars. I drive one, my wife drives the other and the other is my son’s. And we only have one garage…. This isn’t just my problem. This is the problem of the majority of people from a certain class who don’t have big garages and need more than one car. For that reason, I am totally in disagreement with this project…. If the city needs money, I can pay an additional tax, but they shouldn’t disturb our community with meters.”

To see the SFMTA’s data on parking in the northeast Mission, click here. 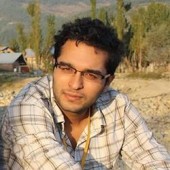