Score 0%Score 0%
The San Francisco Medical Examiner’s office and the Animal Care and Control department were on the scene on the 900 block of Guerrero Street to investigate what police are calling a “mysterious death.”

The San Francisco Police Department is investigating what it is calling a “suspicious death” on the 900 block of Guerrero Street.

Police responded to a call about a body around 10:30 a.m. on Friday, said SFPD spokesman Albie Ezparza. The medical examiner deemed that the man’s death was “suspicious in nature,” Esparza said.

“The protocol is for Homicide [Division] to investigate a suspicious death,” Esparza said. “There is no more information on that.”

The medical examiner and officers from Animal Care and Control were on the scene Friday morning.

We will update this story as we receive more information. 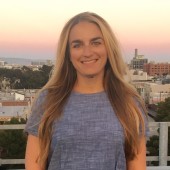