An Arborist’s View of the Mission Friends of the Urban Forest, a group that promotes a healthy urban forest infrastructure in San Francisco, hosted a bicycle tour on Sunday of the variety of tree species to be found in the Mission. The two-hour tour, led by Ellyn Shea, an arborist certified by the International Society of Arboriculture, took a group of 10 from the Atlas Cafe to the site of a proposed park at 17th and Folsom streets; from Rainbow Market under Highway 101 to Valencia Street; and from Lexington Street to Synergy School. At each stop, Shea pointed out different species of trees.

The Bay Area is one of five regions in the world that have a mediterranean climate, and many of the non-native trees found along the tour originated from like regions, including the Chilean and Australian coasts.

The tour offered an opportunity to pause and look at the many trees in the urban landscape in a way that appreciates the intricacies, colors, shapes and smells of each species, and also to see how the trees and the city interact and collide, from root-fractured sidewalks to the battered and bruised trunks of trees that have been pummeled by vehicles. 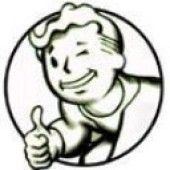