Kids can now get Covid-19 testing at neighborhood sites 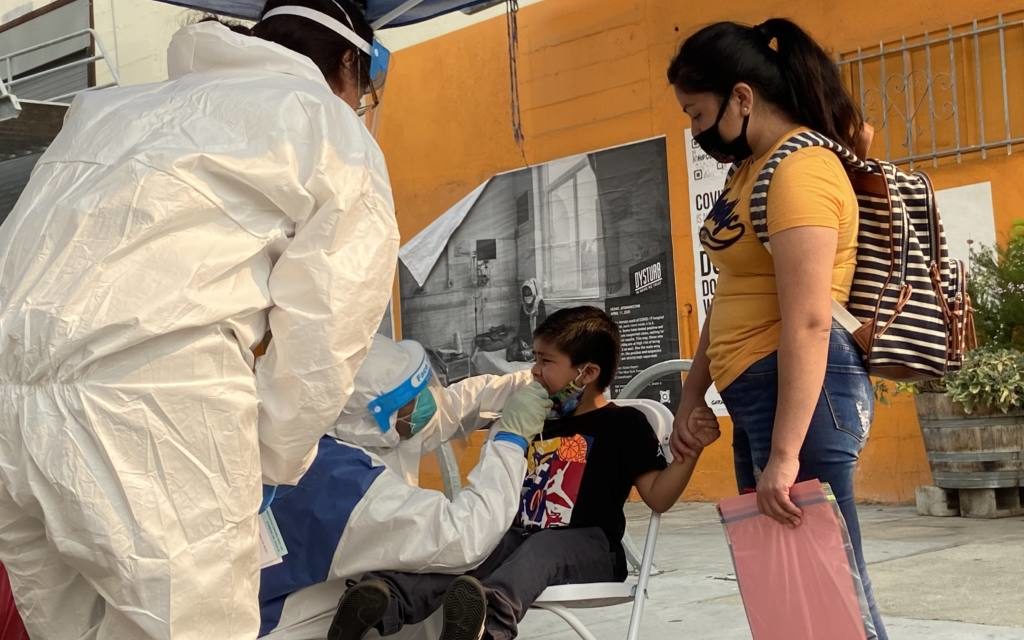 Considering a covid-19 test nose swab has made many adults tear up, Josue Geraldo Alvarenga, 5, took it bravely. After gentle coaxing, he lowered his Spider-Man mask, held his mom’s hand, and only teared up a little while a technician dug around in his tiny nostrils.

And like any doctor visit where a child overcomes some discomfort, Alvarenga received a reward for his courage — Golden State Warriors stickers. The self-proclaimed basketball fan giddily took three.

The Department of Public Health announced all the neighborhood pop-up sites can now allow children under 13 to get tested with their parents’ permission, and Alvarenga was the first child to be tested Thursday at the Hub on 701 Alabama St.

Currently, the Embarcadero and SoMa sites don’t allow kids under 13 to test, said Dr. Jonathan Fuchs from the Department of Public Health. However, for several weeks now, children over 13 have been able to get tested at neighborhood clinics without parent permission, and Alternative Testing Sites — more permanent clinic sites already in the neighborhoods — had always waived the age limit.

In San Francisco, children under 18 make up 12 percent of covid cases and none of its deaths, according to DPH data.

Multiple studies have suggested that transmission risk is low among children and symptoms are milder, though high schoolers appear to contract it at a higher rate. However, the virus may exacerbate underlying health conditions that can spell out trouble, too, some doctors said.

And, a September CDC study suggests the racial disparities demonstrated by the virus seem to carry through to children as well. The study found that out of all the covid-related deaths of people younger than 21 reported to the CDC, about 78 percent were Latinx, Black or Native American.

Alvarenga’s mom, Rebecca Donce, said she wanted to take advantage of this opportunity. In the past, some parents were unable to test their symptomatic children at some community sites due to their age.

“It’s important for kids, too,” Donce said in Spanish, adding she tested negative last Wednesday. “He’s in online school now, but this will be great, too, if he goes in person.”

Fuchs, who was on hand at the Alabama site today, agreed and emphasized that as community hubs and schools with approved health and safety plans begin reopening, testing kids is key to reducing community transmission. Parents may also be essential workers and want their young’uns to be accounted for.

“It’s critical, because we want to ensure that families have an opportunity to test [all at once],” Fuchs told Mission Local. “A lot of communities come to places like the Mission Hub for resources and bring their kids.”

By about noon on Thursday, two kids, including Alvarenga, had been tested. Results are expected within one to three days, like all other tests administered by Color Labs.

When Mission Local asked the 5-year-old if he understood why he was there, he nodded.

“The virus!” Alvarenga exclaimed in Spanish.

Perhaps bolstered by the new stickers that he already attached to his basketball shirt, Alvarenga emphatically claimed that not only did the test not hurt, but he actually liked it.

The number of children receiving covid tests is expected to grow once word about the initiative spreads, said Jon Jacobo, head of the Latino Task Force’s health committee. Until then, he has pads of stickers on deck. 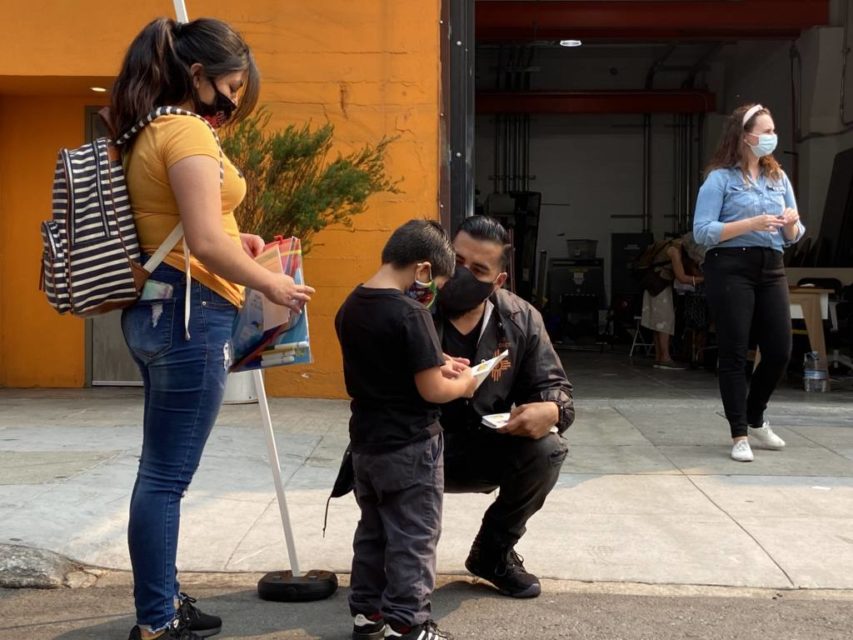 Jon Jacobo, the head of the health committee at the Latino Task Force, lets Josue Geraldo Alvarenga choose a sticker after taking his first covid test. Photo by Annika Hom. 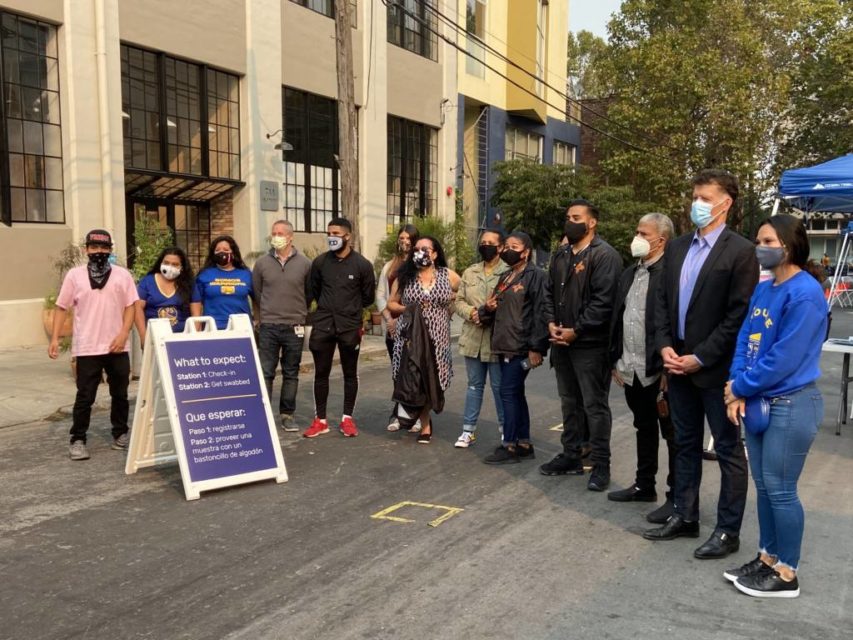