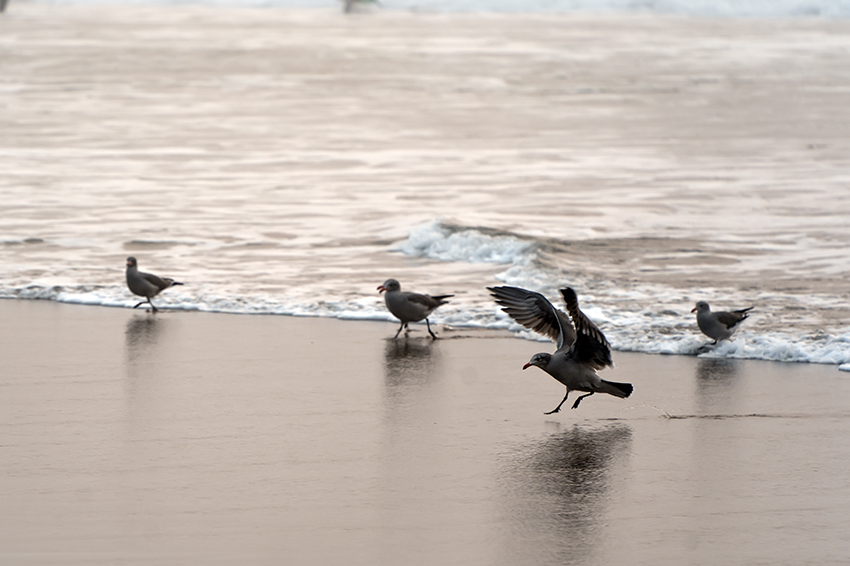 Ocean Beach is for the birds. Photo by Leslie Rabine.

Dark Ages Donald has blamed God for his recent infection (instead of a failure to follow any simple sane safety precautions). Foregoing the metaphysical, the New England Journal of Medicine lays out what a lack of political leadership portends in a public health crisis.

And this is what happens when a City lacks the political will to stand up to its Neanderthal Police Officers Association.

Check out a new mural in town, and welcome back to a local gem.

The seven-day average number of SF daily cases for the week ending October 1 was 42, the lowest reported number since June 21.

The model we use reflects a good deal of uncertainty,and possibly the low number of reported cases. It estimates the local R number to fall somewhere in a range between .57 and 1.02, for an average of .79. An ensemble of other models pegs the SF number at .91.

Although the Citywide average positivity rate is very low, it doesn’t reflect the wide disparities in populations and neighborhoods.

San Francisco has failed to meet the “equity metric” laid out by the State to address the disparate impact the virus has in different populations. The New England Journal of Medicine provides lessons learned in how to reduce transmission in the Latinx population.

During the week ending October 6, the rate of weekly change in Covid positive hospitalizations fell by 25 percent. Hospitalization numbers are back to where they were in early July. On October 6, 103 ICU beds, and 369 Acute Care beds were available.

Yesterday DPH reported Covid deaths reached 114 on September 28. Oops! The real number on that date was 115.