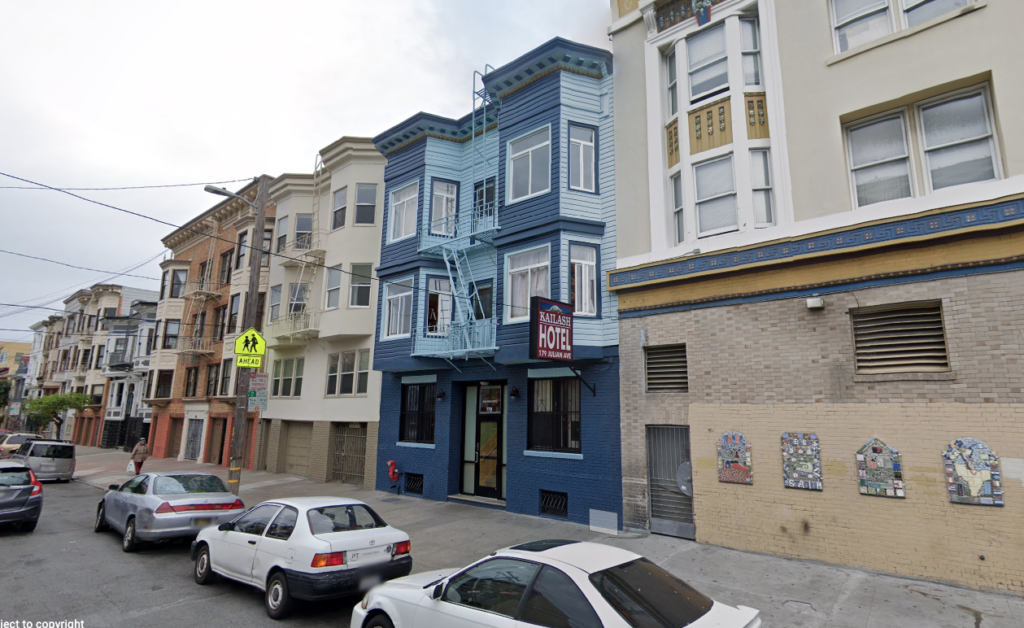 A 35-year-old woman was shot and killed at the Kailash Hotel, a single-room-occupancy hotel on the corner of Julian and 16th streets, at around noon on Friday, September 4.

Police report that the shooting is under investigation and that it took place inside of a “business” at 16th and Julian. The San Francisco Medical Examiner declined to provide the woman’s name, as her family has not yet been notified, a representative said.

One resident, who purported to live in a nearby unit at the residential hotel but declined to give a name, said the woman went by the name “Star,” although the resident did not know her given name. At around “10 or 11 a.m.,” the resident heard Star arguing in her room with a man that often stayed with her. “He was not arguing back,” the resident said.

“And all of a sudden, I heard pow,” the witness said, referring to a single gunshot.

The resident estimated that the man in Star’s room was young. Police said their suspect is a 30-year-old man.

“I’d see him all the time, but I didn’t know him — and I didn’t want to know him,” the resident said. The person also noted that Star had just given birth to a child, who did not live with her at the hotel.

The resident said residents were evacuated from the hotel until 6 p.m. as police investigated.

A staff member at the Kailash Hotel, who did not give his name, became defensive when asked about the homicide and declined to confirm the shooting.

A neighbor of the Kailash Hotel said she did not see or hear the shooting, but on Saturday noticed a memorial outside of the hotel’s entrance dedicated to a person named “Star.”

The killing at the residential hotel was one of two fatal shootings this weekend. Early Monday morning, a 21-year-old man was shot and killed on Mission and Persia streets during a sideshow.