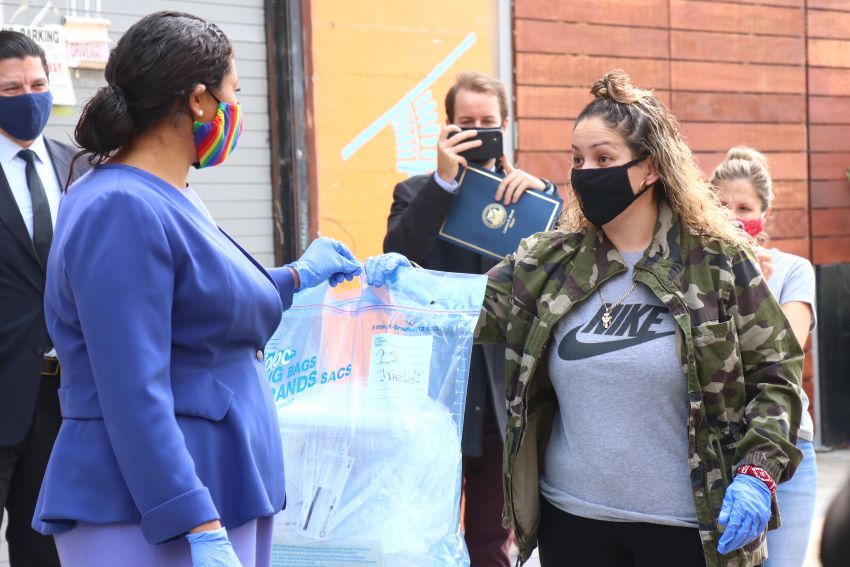 San Francisco has seen a recent 29 percent uptick in Covid-19 hospitalizations, Director of Health Dr. Grant Colfax and Mayor London Breed said Tuesday. While hospitals currently have enough capacity to accept new patients, the mayor and doctor warned that it’s as urgent as ever to continue social-distancing and masking.

The latest data shows that as of last weekend, there are 76 total patients compared to 51 on Sept. 4. The goal is to keep covid hospitalization below an increase of 10 percent.

The doctor mentioned how San Franciscans flattened the curve twice before, only to have it surge again. Hospitalizations first dropped from a high of 90 in May to about 31 in June. Then hospitalizations surged again in July, peaking at approximately 111 before falling back down to 51 in September, data showed.

The plea comes on the heels of a slew of reopenings that began on Sept. 14, including indoor operations of personal care services like salons and outdoor gyms with limited capacity.

The mayor emphasized that once the city maintains its health goals, other facets of life can begin to restart, such as elementary schools with health and safety plans.

If all goes well, non-San Francisco Unified School District schools will reopen on Sept. 21 for students up to sixth grade, according to the city’s reopening plan.

“I know that people are tired. But unfortunately, this is a deadly virus,” Breed said. “What we don’t want to see is our bad behavior impact them. We don’t want to roll back the clock.”

Though the reopening has offered relief to some small business owners, many have already experienced huge losses and even closure, Breed said. The latest worry for some is the business rent moratorium, which was originally set to expire on Sept. 14, but was then extended by city leaders until the end of the month. Future payment extensions depend on the governor and state, she said.

Next week, more re-openings are planned, including aquariums, zoos, museums.

The move to gradually reopen society has been based on “data, science and facts” Colfax said, and stability within the five key indicators: testing, hospitalization, cases, contact tracing, and available personal protective equipment.

As of today, 10,430 San Franciscans have been diagnosed with covid and 91 have died. Though the average cases per day is slowly decreasing, the current average of 61 daily cases keeps us in the “red-zone” or at “substantial risk.”

Latinx residents continue to make up nearly 51 percent of all positive cases in the city, Colfax said. They also make up nearly half of all city isolation and quarantine beds.

In collaboration with community-based organizations and efforts, the Department of Public Health has addressed this disparity making 50 percent of its contact tracers bilingual and finding new ways to mobilize resources into the Southeast sector, where residents are disproportionately affected.

The rest of the key factors such as test turnaround, available PPE, contact tracing, and case investigation are “steady.” The city testing system is now delivering covid results within 36 hours, Colfax said. Contact tracers are able to track down 82 percent of covid-positive cases and 82 percent of their contacts, compared to its 90-percent goal.

“I ask you to continue doing your part,” Breed said. “What you do impacts me, and what I do impacts you.”