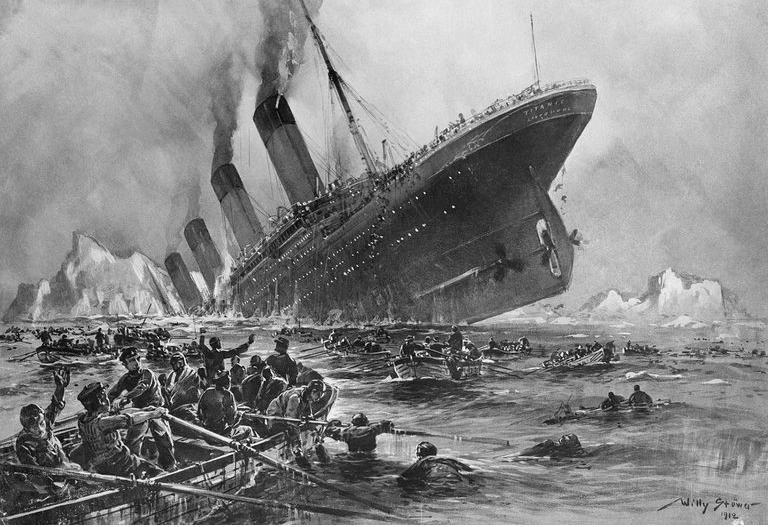 Gradually then suddenly, the San Francisco-based co-living rental platform HubHaus has foundered and fallen into insolvency.

The company, established in 2016, rented single-family homes in the Bay Area, Los Angeles, and Washington, D.C., subdivided them into many rooms, and rented those out largely to young urban professionals.

Those tenants today received a letter acknowledging HubHaus’ ongoing “liquidation and closure” from the business closure specialists Diablo Management Group. The letter goes on to note that “we have completed an analysis of the company’s finances and determined that there are no funds available to pay the claims of unsecured creditors (e.g. claims by landlords, tenants, trade creditors or contractors). The claim of a bank secured by virtually all of the assets of the company will not be paid in full.”

Today’s letter, while not unanticipated, was still jarring for homeowners and tenants alike. One week ago they received a letter, also from Diablo, stating that HubHaus had released all of its employees, and that management of its many rented homes would be transferred back to the homeowners — many of whom did not relish this responsibility.

That Sept. 23 letter also stated that tenants would not be responsible for paying October rent, as their security deposits would cover it. This posed a problem for anyone set to leave at the end of this month — and became more tenuous still after today’s letter bluntly stating that there are no “funds available to pay any amounts that may be owed landlords, tenants, trade creditors or contractors.”

Calls and emails to Diablo have not been returned. Diablo’s Richard Couch, whose signature adorns these letters, seems to have received a promotion over the past week from HubHaus “officer” to “CEO.” He is the company’s third CEO of 2020.

Homeowners and tenants contacted by Mission Local were both distraught and angry.

“I don’t know what to do: I have my mortgage and my property tax. And the tenants told me they won’t move out because HubHaus told them they don’t have to pay the rent,” said M.H. Chen, a Pasadena homeowner.

Chen said HubHaus has only been paying a fraction of the rent since the onset of the pandemic — 40 percent last month. She calculates she is owed more than $20,000 between unpaid rent and repair costs.

“This is just so frustrating and upsetting,” she continued. Chen said that, given the chance, she would gladly join some manner of legal action.

Nathalie Gachot’s legal advice: Do that. The Palo Alto attorney has an ongoing suit against HubHaus, her former San Carlos landlord; she alleges uninhabitable living conditions and systemic invasions of her privacy by HubHaus workers entering her room without notice.

She sees today’s letter as a “tactic to get people to sit on their rights.”

Gachot will press on with her suit, which she says is for only $10,000. “They owe me funds, and I don’t see how their investors would be paid back before all the people with claims.” 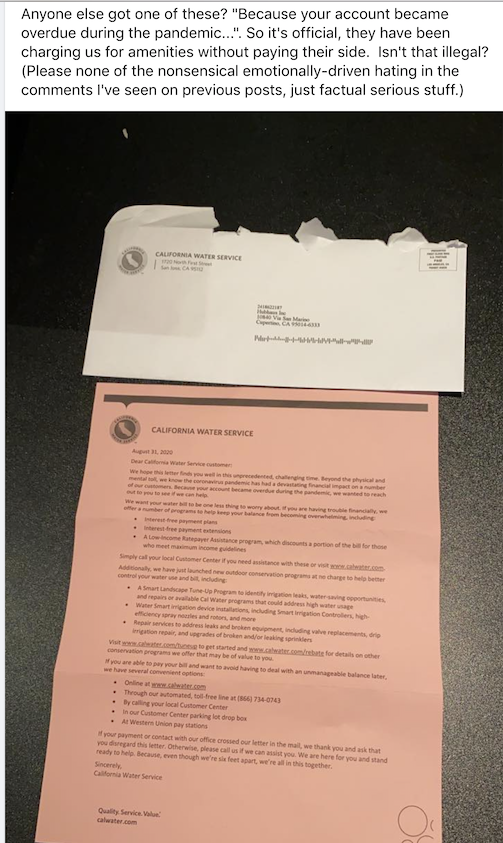 Ominous developments pointing toward HubHaus’ imminent demise have amassed throughout the pandemic. Mission Local reported in July that the company had ceased making full and timely rent payments to homeowners — even homeowners who claimed their tenants were all paying full rent.

“They’re using COVID-19 as an excuse for their poor business model,” grumbled one homeowner at that time. “They are a venture-funded company,” complained another, “that should have business interruption insurance, access to small business assistance, credit lines, etc.”

What’s more, HubHaus continued to bill tenants for services that were discontinued during the shelter-in-place, such as housecleaning. When the company presented tenants with itemized bills for their amenities costs, residents of multiple houses tabulated them and claimed they were, in fact, being overcharged by hundreds of dollars a month.

In the months since we ran that article, multiple Bay Area HubHauses have received delinquent notices from their utility providers — indicating that, while HubHaus was billing tenants for utility costs, it does not appear to have been paying those bills.

In San Francisco, HubHaus’ practice of subdividing single-family homes into many rooms violated zoning rules — which, regardless of one’s thoughts about single-family zoning, led to the summary eviction of seven tenants living in a home in Monterey Heights. They sued, and attorney Jim Lucey says a settlement has been reached for his seven clients. He is expecting a check from HubHaus as soon as this week, and does not believe any of the company’s recent announcements will prevent that payment.

HubHaus subdivided homes into 10 rooms —or perhaps even more — and charged market-rate rental prices for each room, leading critics to accuse them of jacking up the cost of living in an already superheated San Francisco housing market.

The tenants paying those rents said that problems in the homes — malfunctioning washers and dryers, plumbing mishaps, vermin infestations — were often blown off for months even prior to the pandemic. And then things grew worse. Gradually then suddenly.

“It started with little things, like raccoons in our ceiling, and ended with this. But none of this is surprising,” said Wendy Walker, a San Jose tenant. “They have been dishonest at every step. I don’t understand how businesses get to do this, close up shop, and send a letter saying ‘Sorry! No money!’ A lot of people have been traumatized by this.”