As historic Cesar Chavez mural goes down, local residents get a keepsake

Starting Saturday, Sept. 12, the historic Cesar Chavez mural at 24th and York streets will be sliced into pieces and delivered to a handful of Mission residents and community organizations, its creators said.

Despite years of back-and-forth between city leaders and community activists, the single-story laundromat building at 2799 24th St. features the 35-year-old mural on its west-facing wall and is slated to be demolished to make way for a three-story apartment and retail building. In an effort to stave off the mural’s complete destruction, one of its creators, Carlos “Kookie” Gonzalez, got permission from the structure’s owner and project contractors to remove the building sections featuring the mural, which he’ll donate to locals, he said.

The work, titled Y tu, y yo, y Cesar, depicts the faces of cultural heroes like Cesar Chavez, Dolores Huerta, and Malcolm X, as well as ordinary Mission residents. Much like a puzzle, the mural will be divided into a portrait per piece — for example, one section spotlights Frida Kahlo, and another a Native American chief. Though the piexes will vary in size, the biggest will be the portraits of Chavez which will be 4 by 6 feet, and Huerta, which will be 6 by 6 feet.

Though the mural never reached landmark status, it incorporated a lot of Mission history and resonated with many residents nevertheless. Originally, the mural was created by Ray Patlan and Gonzalez in 1985 and was titled Y tu, y yo, y que and encapsulated neighborhood life and heroes.

“The original idea was to put in local people,” said Patlan, 74. “There was a woman who used to wait tables at one of the restaurants that always wore a hairnet, and everyone knew her. It was on the Southeast corner of 24th. I included people like her.”

For some of the images, Patlan and Gonzalez traced over projected photographs of family and friends. The vision was to act as a sort of community board, highlighting events Patlan deemed “important,” like a neighbor’s wedding. This version featured a York Street gang, a man who claimed he was one of the first inhabitants of Bernal Heights, and businessmen.

“These are people who maybe don’t have the same esteem that you hold for others, but you do honor and respect because they serve you in different ways every day,” Patlan said. “They’re a part of your life.”

In 1995, Patlan gave his blessing to Gonzalez to revitalize the mural along with other muralists and Mission gang members Gonzalez had met as a juvenile probation officer. That’s when Gonzalez added on the likeness of Cesar Chavez. He also included the “Huelga Bird” symbol of the United Farm Workers Movement, which was defaced and restored multiple times, after the symbol was co-opted by gangs. The Huelga Bird was replaced two years ago by Dolores Huerta.

Gonzalez fought for years to preserve his mural. A month ago he was ready to accept defeat when a friend who worked in construction told him he should just cut it out and keep it.

When Gonzalez asked the building’s owner, John Muhawieh, who was born in and grew up in the Mission, said he approved the proposition on the condition that the contractors did the work.

“I always wanted to help them from day one. I know the mural’s there, I understand. I am part of the community, so it wasn’t that difficult for me,” Muhawieh said, noting he grew up a few blocks from the laundromat’s location.

The contractors accepted too after Gonzalez said he’d front the extra expenses for supplies and labor, resulting in a GoFundMe page that exceeded its $3,000 goal in a matter of days.

“Luckily, they were really cool,” Gonzalez said. “They were really simpatico with our plight because they knew the mural had a lot of history and how much we fought them tooth and nail.”

The chunks will go to a handful of community organizations that touched Gonzalez’s “hoodlum” life in the Mission, including Instituto Familiar de la Raza and the Mission Cultural Center for Latino Arts— the latter of which he vandalized as a teenager but escaped punishment in exchange for taking art classes there.

The workaday Mission residents and their relatives populating the mural will get their own pieces. And, of course, Gonzalez will keep two pieces for himself: Pancho Villa, and the mariachi band which he modeled after his father’s own group.

Muhawieh offered another deal. He promised Gonzalez could make another mural once the new apartments were finished — “if I’m alive,” Gonzalez quipped. He joked that if he gets the chance, he will paint the owner as a saint as homage to his contribution in saving the project.

The goodbye to the mural on Sept. 12 will be emotional, Gonzalez expects, and not just for him. On Labor Day, a group of 50 to 100 people gathered wearing Covid-19 masks to say goodbye to it and watch it get blessed in a spiritual ceremony by Danza Xitlalli of San Francisco, Gonzalez said. One of the dancers was Ariel Vargas, who helped paint it in 1995 and restore it after vandalism. At the ceremony, people shared their connections with it: students who had taken graduation photos in front of it with their families, and others who passed it daily en route to and from work.

“That’s a super cool feeling to know that people treasured it as a jewel in the community,” he said. “It’s bittersweet.” 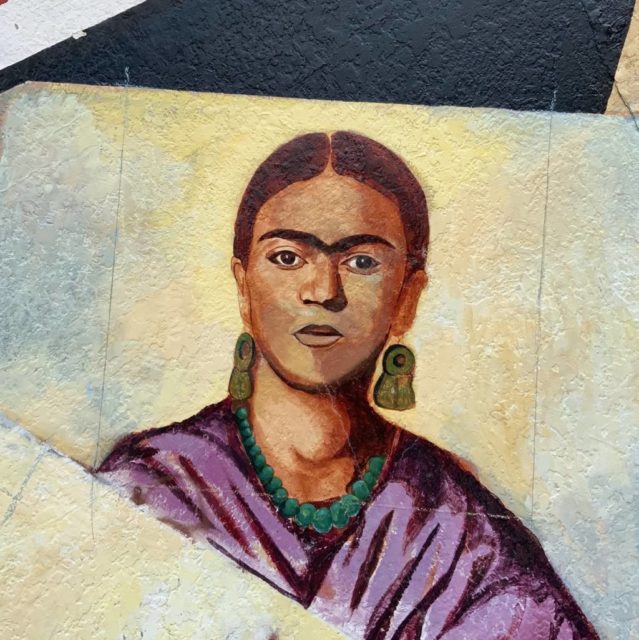 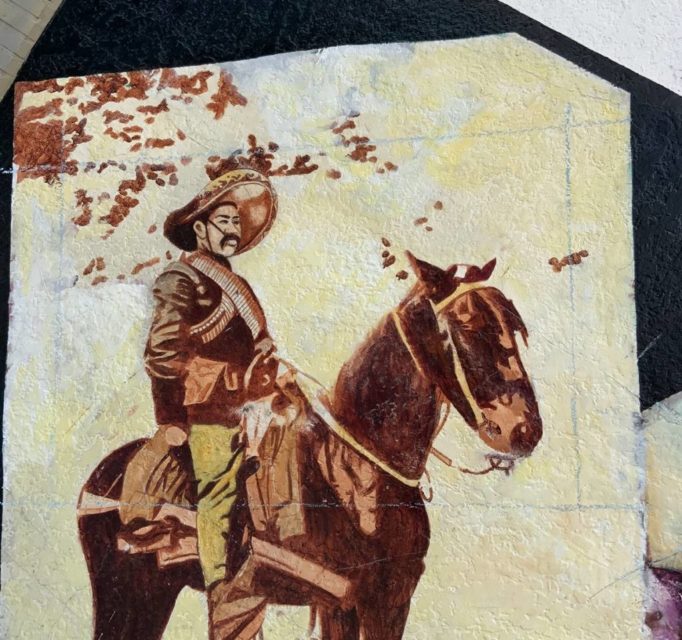 This story was updated Sept. 10, 2020, to include comments by John Muhawieh, who could not immediately be reached for comment. He also added that the five-story building for apartment and retail will be a three-story building for the same purpose, which he said was a compromise to “the neighbors.”

Support Mission Local here if you want more stories about our changing neighborhood.