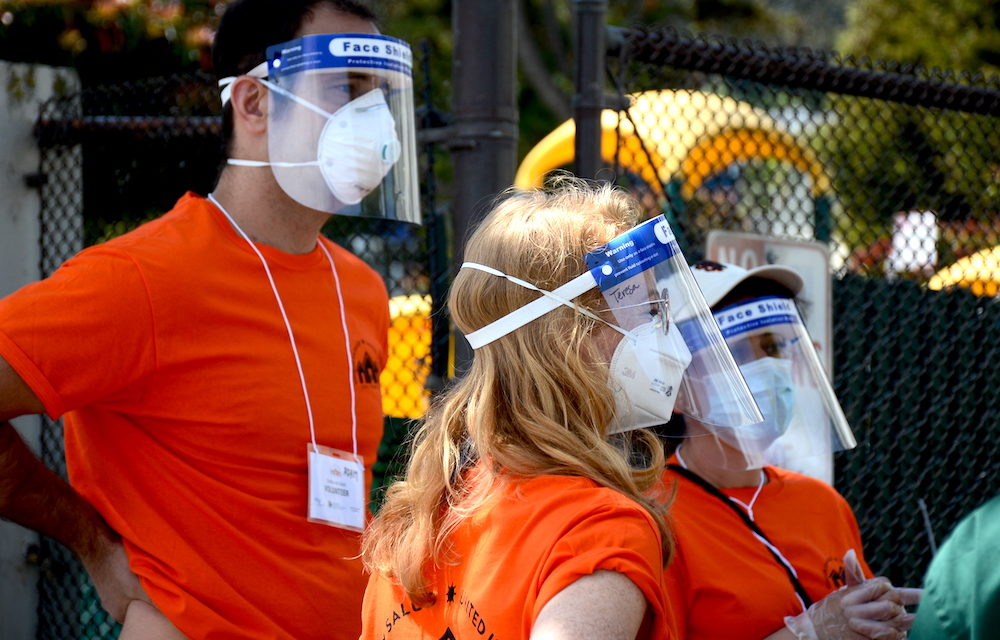 Weeks-long glitches plaguing CalREDIE, the California infectious disease registry system have led to crippling delays in information filtering back to counties — and a “significant” undercount in COVID-19 cases.

Gov. Gavin Newsom yesterday spoke of “encouraging” and “early good signs” regarding coronavirus infection rates. But officials in multiple California counties told Mission Local they believe this to be a mirage caused by faulty data.

At issue is CalREDIE, the state’s disease registry system. Testing data from lab providers is electronically transmitted to CalREDIE, which subsequently transmits information back to the counties.

Technological problems, however, have gummed up this process for weeks. A call with all of the state’s health directors was convened last night and, in an email, the state today acknowledged that “We have discovered an underreporting of COVID-19 cases due to technology issues with the electronic laboratory reporting system which reports into the state’s disease registry system (CalREDIE).”

The extent of the underreporting is not known. In a series of documents obtained by Mission Local, state officials say the system began experiencing difficulties routing electronic lab reports to the state system July 25. But Jeff Smith, the county executive for Santa Clara, says problems were being detected there as early as July 15.

“We don’t know if there was some fix between the 15th and the 25th. We don’t know what went on before that,” he said. “It’s basically a black box at this point.”

Dr. Matt Willis, the health officer for Marin County, said he noticed a discrepancy in late July between the case numbers reported by CalREDIE and those coming directly from area labs.

CalREDIE, he says, enables county officials to begin doing outreach regarding positive cases. “It’s a vital tool,” he says. But it’s one that’s now not wholly functioning nor reliable.

“If we cannot rely on testing results, we cannot measure or predict how the pandemic is doing,” said Smith. “If we don’t have prompt and timely results regarding positive cases, we can’t even begin to do appropriate contact tracing and isolation. It’s just an enormously big deal.”

“We’ve discovered some discrepancies,” he said. “Many counties rely on the state’s information to keep their own information up-to-date … They have seen a drop in their case numbers.”

The state Department of Public Health today sent out instructions to labs processing COVID-19 tests to essentially cut CalREDIE out of the process.

“Report positive SARS-CoV-2 results directly to the local health jurisdiction where the patient resides,” read the new instructions. “Laboratories should report via the attached Excel template and include as
many of the data elements as possible.”

On the Santa Clara County COVID-19 data portal — along with those of other California counties — a disclaimer is now posted:

Due to a significant and unresolved problem with the State of California’s reporting system for communicable diseases (California Reportable Disease Information Exchange (CalREDIE)), the County of Santa Clara Public Health Department, as well as county public health departments statewide, are experiencing significant underreporting of COVID-19 testing results. The State has informed us that counties have received incomplete information regarding test results, which affects our ability to identify new cases of COVID-19, to accurately report the testing positivity rate in our community, and to identify the number of persons tested for the last few weeks. Without timely reports of all new lab results, it is impossible for State and local health officials to identify the extent to which COVID-19 is circulating in the community. It also hinders our ability to conduct effective contact tracing and case investigations to slow the spread of COVID-19.

We do not yet know the extent of this issue or when the State will be able to resolve it, but we are in communication with the State and have offered to provide whatever assistance it may need to rapidly resolve this issue. In the meantime, we will continue to report the testing data we do receive and will make clear to the public which data reported on our website are affected by this issue. The State confirmed that the data actually received is valid, but incomplete. We expect the testing positivity rate, the daily and cumulative case counts, and other data points on the County’s COVID-19 data dashboards to change as more complete test results are reported to the County of Santa Clara Public Health Department.​

Mission Local’s calls to the state Department of Public Health have not yet been returned. On Tuesday, it informed counties that it has “deployed a strike team from the Department of Technology” among other measures.

While San Francisco reports data to CalREDIE, it is one of several counties that does not rely on receiving the data.

Update, Aug. 5: Santa Clara’s Smith says state officials are still communicating that they are unaware of the origin of the problem, but believe it may hail from an overlay purchased and installed in hopes of speeding upthe reporting process. Sadly, the opposite may have occured.

Attention, regular readers! Keeping local journalism alive is so simple: Read it, pay for it.