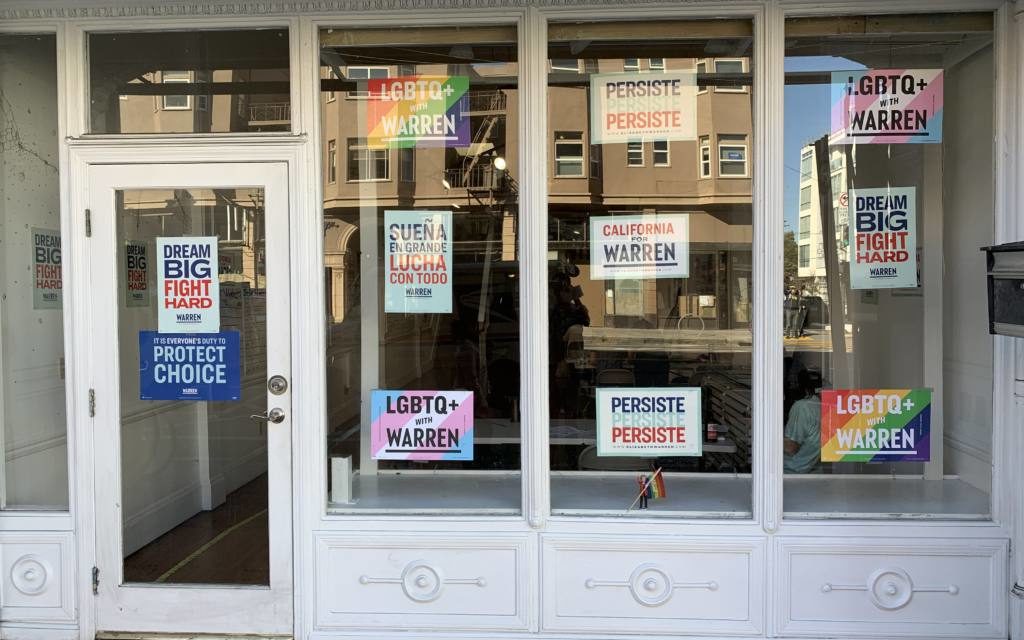 The San Francisco Department of Public Health today put out a list of frequently asked questions regarding “electioneering” in which it declared campaign offices are “non-essential” — and, therefore not permissible.

“Campaign offices are not permitted to open at this time. The State currently prohibits ‘non-essential’ businesses from operating offices if the county where the office is located is on the State’s Monitoring List. The City and County of San Francisco is currently on the Monitoring List … ” reads the document.

“As such, campaign offices, like other ‘non-essential’ offices, may not be open for business of any kind, including campaign-related activities.”

Messages for the Department of Public Health have not been returned.

Today’s dictum caught some candidates by surprise. John Avalos, running for supervisor in District 11, found himself and four staffers hurriedly closing up their Excelsior District campaign office — and, fittingly enough, shuffling off to pre-scheduled coronavirus tests.

Avalos’ opponent, Supervisor Ahsha Safaí, has an office around the corner on Mission Street.

“One of my campaign staff walked by Ahsha’s office and they were getting ready to pack up, too,” said Avalos. “There’s no conspiracy here.”

That said, Avalos resented the categorization of a campaign office, in an election year, as “non-essential.”

“When this essential service is shut down, voters suffer,” he said. “We are wearing our masks all the time. We are enforcing it. We are physically distant and never have more than 10 people here, in a very large office.”

He’s also on the hook for rent until November.

Calls to Safaí have not yet been returned.

Other candidates have held off from investing in an office in the first place.

“We made a decision to not open a campaign office because the way I read earlier guidelines about offices, it didn’t seem like they were okay; you have the public coming in and out,” said Myrna Melgar, who’s running for the open District 7 seat. “Because of that we reallocated the money to other stuff.”

When asked if she was uneasy at the categorization of a campaign office as “non-essential,” Melgar said she didn’t want to second-guess the doctors. One of her opponents, Joel Engardio, noted that “campaigning is essential. I don’t know a physical office is.” He doesn’t have one: “I didn’t want the overhead.”

Engardio, a self-described “door-knocking machine” has had to re-examine that strategy. “I’m worried it might scare people, and you don’t want to scare people.”

Supervisor Aaron Peskin also said he chose to forego an office this year. “I thought it would be a transmissive environment.”

Today’s move limits “rallies” to 12 people outdoors — and allows door-knocking, though “urges alternatives” to the practice, and forbids doing so in large buildings.

These health dictums figure to more greatly hamper campaigns with less money and less name recognition — and a greater reliance on neighborhood-centric, on-the-ground tactics and no outside Independent Expenditure campaign to swoop in.

Peskin, however, said he didn’t think the city’s Public Health Department was picking sides in an election.

Others were less sanguine. “This is a complaint-driven process,” said a longtime city political mover-and-shaker. “I wouldn’t be surprised if this traces back to someone who didn’t have an office complaining about someone who did.”

If you have not done so, please consider supporting Mission Local. We depend on readers.