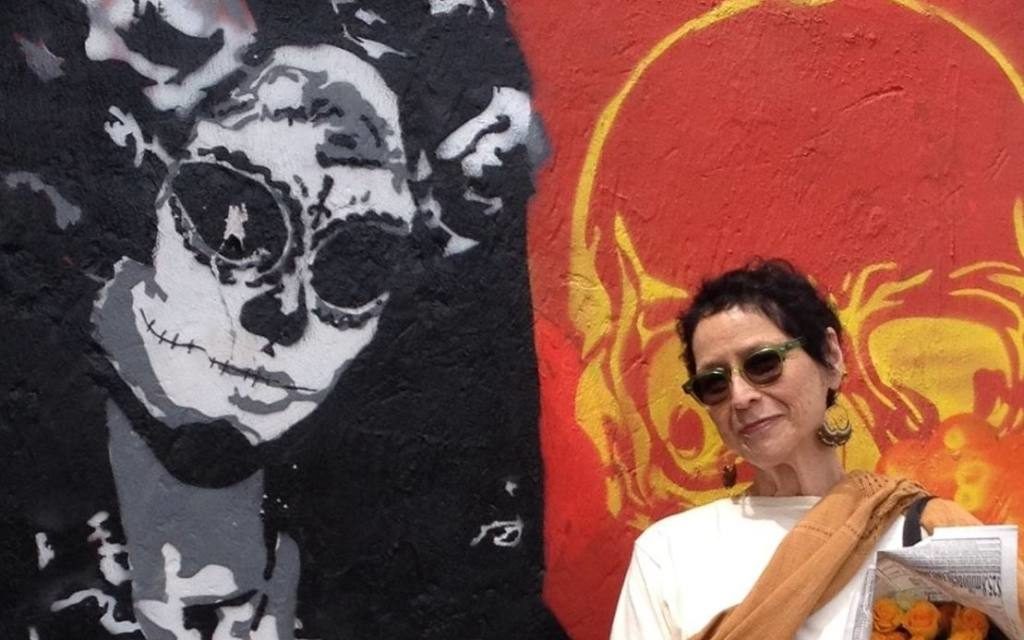 Even on her deathbed, close friends of Maria Xochitl Martinez discovered how little they knew about the multiple lives Martinez led in San Francisco.

To her longtime colleagues at the San Francisco Department of Public Health, she was the woman who pioneered a data collection system to better treat “high-risk” individuals seeking mental health and housing, one of many contributions over her 23 years there.

But those accomplishments are lesser-known to art advocates in the Mission, who instead knew her as the ’90s activist who helped change the city charter to ensure minority cultural art centers received as much funding as the big institutions.

So when Martinez succumbed to kidney cancer on July 15, 2020, in her Bernal Heights home, numerous friends from various spheres gathered to say goodbye, and the broad sweep of Martinez’s connections surprised even those who thought they knew her well.

“You think you know someone well, and then you see all the circles they have,” said Rosalia Valencia-Tow, a friend from Martinez’s art community. “So many people from so many different walks of life that she made an impact on professionally and personally.”

Maria X. Martinez was born on August 9, 1954 in Indianapolis, Indiana to Roldan Enrique Martinez, a Mexican American postman and Wanda Acord, who worked as a manager for the Department of Motor Vehicles.

The family lived in Lawrence, an Indianapolis suburb, and it’s there that Martinez grew up a middle child with her older brother Rick and her younger sister Linda. They also had step-brother, Mike Acord.

Martinez graduated from Lawrence Central High School and at 17 married Clarence Kelly, her sister Linda said. The couple stayed in Indiana briefly and Martinez took a drawing class at Herron School of Art and Design in Indiana, but left without a degree.

After stints in Monterey, California and Seattle, Washington, as well as a second early marriage that ended in divorce, Martinez finally settled in San Francisco in the late ’80s, and in the mid-1990s purchased a home in Bernal Heights.

When it came time to adopt a child, she did so in Mexico, flying in for the 1996 birth of her only daughter, Paloma. Friends said Paloma, now 24 and a recent graduate of San Jose State University, became Martinez’s everything.

Martinez bought and fixed up a house in Oaxaca, Mexico, a little over a decade ago, decorating it stylishly and naming it after Paloma. Anne Cervantes, an architect and longtime friend, said Martinez constructed a network of tías to support Paloma’s upbringing, a group that brunched regularly or spent holidays together.

“She put all her love into that child,” Cervantes said.

Martinez developed an interest in public health in her youth, specifically regarding mental health and homelessness.

One of her first jobs in the 1970s was for a doctor’s office, where she was tasked with low-level data entry, said Olga Talamante, a close friend and former director of the Chicana Latina Foundation. Irritated by the inefficiencies of the system, Martinez revamped the data system and seriously impressed her boss, who told her she should pursue data consulting professionally. Thus the start of her long career in the field.

From then on, she consulted and managed medical groups in Washington and the Bay Area. In 1997 the San Francisco Department of Public Health hired her. As she envisioned how a college degree might unlock new DPH opportunities, Martinez enrolled in a special program in 2011 where she received her bachelor’s and master’s in Public Affairs at University of San Francisco – all while working full-time.

Martinez worked at the Department of Public Health until her death, capping her career as Director of the Whole Person Care program and senior staff to the department’s director.

Colleagues praised Martinez for pioneering and directing the Whole Person Care program, an innovative approach that combined city data from various agencies to ensure patients could receive a one-stop shop of care. This system spread to other counties in California.

“Maria solidified interagency partnerships, bringing these departments together to work in ways they previously had not,” Director of DPH Dr. Grant Colfax wrote in a statement to employees following her death “May Maria’s memory comfort and inspire us all.”

Just as central to Martinez, however, was her passion for art. Her sister Linda recalls her befriending artists of all backgrounds in her teenage years, and her other friends from San Francisco said she continued that tradition later in life. She was pals with Mission artists René Yañez and René Castro, and was close to renowned Mexican-American artist Mariana Yampolsky, who assisted Martinez with Paloma’s adoption.

Read our obituary and tribute to René Yañez an important figure in the Mission arts scene.

Around the late ’80s and early ’90s, a mutual friend told Valencia-Tow, who was working at the Mission Cultural Center for Latino Arts, how Martinez was looking to enter San Francisco’s local art scene. Valencia-Tow introduced Martinez to the cultural center, and Martinez eventually became chair to the board.

It was Martinez’s advocacy for this center that thrust her into art activism fame. In San Francisco State University former sociology chair Edward McCaughan’s book, Art and Social Movements: Cultural Politics in Mexico and Aztlan, he dissects how Martinez’s advocacy led to $2.1 million for cultural neighborhood centers like MCCLA.

Working with Jeff Jones, a queer art activist, Martinez leveraged her statistical background and found that the War Memorial received a $4.11 subsidy per visitor and the Center for African American Arts and Culture received $0.41 per visitor.

Their study led to a language change in the city charter.

McCaughan’s book quotes Martinez’s account of the events: “Proving the wide cultural inequity of city funding enabled the community to lobby for language in the City Charter which would hold political leaders accountable for assuring the stability, maintenance, and expansion of the community cultural centers,” she said.

The change in the city’s charter meant increased funding for places like the Center for African American Arts and Culture and permanent funding for the Mission Cultural Center for Latino Arts, which at the time was outside the city’s cultural institutions.

“She impacted the accessibility of the arts to people of color,” Jones said. “She was always very militant around racism.”

But her life was also about the art. A collector herself, Martinez helped coordinate Mexican and indigenous exhibits at the Legion of Honor, Cervantes said. She often hosted artists from Oaxaca, Mexico, and tried to help them sell their wares.

“She was always concerned about the money going directly to the artists, so she’d have these little shows in her house selling prints,” Cervantes said.

In 2018, Jones took Martinez to a concert by Sean Dorsey, a famed transgender artist who flourished at the Queer Cultural Center in the 90s.

“It was great,” Jones recalled. “I specifically wanted Maria to see that this was one of her achievements, indirectly.”

Martinez also dug her roots in other cultural initiatives. In 2004, she offered to help teach sex education to adolescents and met Talamante, who was executive director of the Chicana Latina Foundation. In 2006, the pair founded the Leadership Institute within the foundation, which trains and gives scholarships to young Latina women in college, especially those who are low-income and undocumented.

“When we had events, [students] would just tell us it’s so amazing to meet these Latina leaders,” Talamante said.

In 2018, Martinez co-launched “Regalitos,” a Christmas fundraiser that doled out gift cards and personalized toys to recently immigrated families at the Mission Education Center. She collaborated with Tracy Brown-Gallardo, now a legislative assistant to District 10 Supervisor Shamann Walton.

She also supported a song project that debuted this June to highlight the brutality of children at the border, which activist Dolores Huerta praised.

Then, in late April of this year, Martinez reported back pains. An MRI led to a CAT scan, which led to a Stage 4 kidney cancer diagnosis. She was treated at the hospital, but eventually asked to come home to be with loved ones; covid-19 concerns limited hospital visitors.

She spent the last month doted on by a small circle of loved ones who hailed from different points of her life in the art-filled Bernal Heights home she curated. They reminisced over her charismatic attitude, her hearty laugh, and insistence on social and racial justice.

Frederick Carl, the godfather of Paloma, said he felt grateful for the support these somewhat strangers showed for Paloma and for Martinez.

“It speaks to Maria’s presence and effect and resonance and her stature,” Carl said.

If you are a regular reader and have not already, please support Mission Local’s work.