A tribute to Amilcar Lobos Yong: a leader in the Mission’s Latino art scene 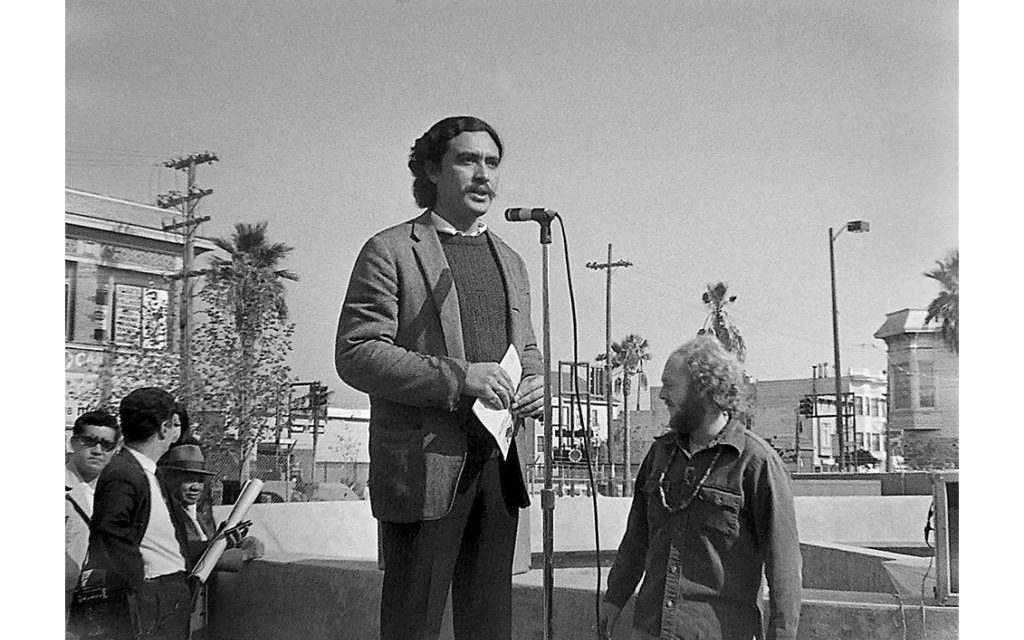 When Amilcar Lobos Yong co-founded a scrappy art and cultural center in a dingy room on Capp Street in 1967, he had a vision. He wanted a place where Latinos in the Mission District could not only be recognized amid the Eurocentric art prevalent in the late ‘60s, but also be celebrated.

Lobos, who had long suffered from type two diabetes, died at the age of 83 on June 11, 2020 in his native Guatemala. And although Casa Hispana’s voluminous archives ceased to exist after a flood in the 1980s, few in San Francisco have forgotten him or his place in celebrating Latino arts.

“He never said no to any artist,” said Maria Tello, 79, an original Casa Hispana member and Lobos’ sister-in-law for a brief period before her sister Rosa and he divorced.

Incestuous, Lobos would say of the Surrealist juxtaposition.

“It sounds like a bad word,” laughed Tello, but in Lobos’s mind, it wasn’t.

“He said cultures are always moving and changing and mixing. ‘It’s all one,’ he’d say,” Santina explained. “And that was a very infectious vision.” 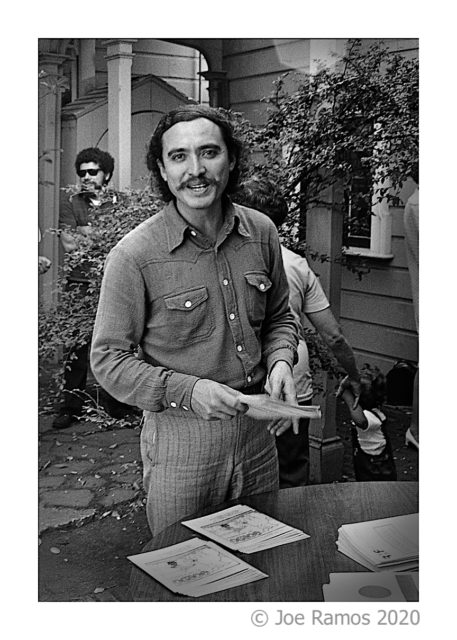 Lobos was born on April 2, 1937 in Chiquimula, Guatemala, a town 125 miles east of Guatemala City, to a half Chinese mother and a Guatemalan father. Lobos’ dad drove buses and later owned a few small gas stations and auto shops, and his mother owned a dress-making shop and catering business.

His brother Luis Lobos Yong, has fond memories of his brother, who was ten years older.

“It may seem funny, but I tend to recall [Lobos] every day when I towel dry my back after a shower,” Luis said. “When I was about six or seven, he taught me how. Before then, my mom used to do it.”

Lobos later moved to Guatemala City where he worked as a physical education teacher and attended dance school. In 1958, he moved to the United States to earn his bachelor’s in liberal arts at Brigham Young University.

In 1966, Lobos, then 29 and an actor and poet, landed in San Francisco and lived in a house on Fell Street near Golden Gate Park. A year later he and the other founders launched Casa Hispana at 362 Capp St. near 18th Street.

In The Heart of the Mission, Latino Art and Politics in San Francisco, Cary Cordova writes that Casa Hispana would endure until 1983 and in its tenure, it established art workshops, a bilingual publishing arm (Casa Editorial), and memorable firsts, such as San Francisco’s first public celebration of Dia de los Muertos, a tradition that celebrated its 37th anniversary in 2019.

Read: A review of The Heart of the Mission, a romp through the Mission Renaissance

Joe Ramos, who is a  Filipino Mexican, remembers joining his first staff meeting at Casa Hispana and trying to sit down without interrupting Lobos’s presentation. Instead, everyone stopped and stared at Ramos. He looked like a carbon-copy of Lobos, only two decades younger.

“There I was, a somewhat naive mestizo son of farmworkers from the Salinas Valley, realizing that the culture that I came from extended far beyond that of my own growing up experience,” Ramos wrote in an essay inspired by Lobos’s death.

“My mind, my identity, my curiosity were expanded both consciously and unconsciously,” Ramos wrote.

Casa Hispana championed Latino representation in San Francisco, and many of these efforts were spearheaded by Lobos.

He bestowed the 24th Street BART Station with pre-Colombian artifacts discovered by anthropologists in Mexico, helped launch Día de La Raza on Oct. 12, 1966 in a stand to reclaim Columbus Day, and presented a Chichén Itzá exhibit at San Francisco State College in 1970, the same place and year he earned his master’s in Creative Arts.

Tello recalled Sept. 20 1975, when Lobos recited “Casey at the Bat” in Spanish at a Giants game at Candlestick Park on “Juan Marichal Day.” He had translated the poem himself, and for many in the crowd, it was likely their first time to hear it in Spanish.

“We were always proud to break barriers,” Tello said.

Despite co-creating Casa Hispana, Tello and Santina said that Lobos never went on a power trip or exhibited the founder’s syndrome of refusing to let go.

At one point in 1973, Lobos became distracted by his teaching at the University of San Francisco and by efforts to establish a museum, causing a slew of proposals that awaited his approval to pile up back at Casa Hispana, Santina said.

Lobos told Santina that no one required his permission to proceed on their initiatives. In his characteristically intense manner, he quoted the Mexican revolutionary Emiliano Zapata in regard to the collective: “The land belongs to those who work it.’”

And in 1969, when Casa Hispana artists including René Yañez and Ralph Maradiaga asked to leave to start Galería de la Raza, Lobos said, why not?

Read: A tribute to René Yañez an artist who never got old. 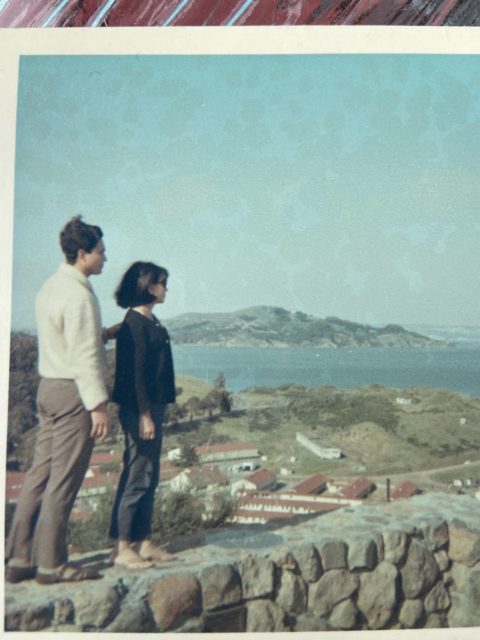 Outside of the arts scene, Lobos tried to elevate the political power of the disenfranchised, as well, his friends said.

In the mid-1960s, he taught Mission-based immigrants how to deal with credit and debt through his position as a cultural advocate at the Bay Area Development Program, according to his brother Luis.

His advocacy for Latin American countries continued later in life.

On Sept. 19, 1985, Lobos was on his way home to Guatemala when an earthquake with a magnitude of 8.0 struck Mexico and killed approximately 10,000 people. Lobos postponed his homecoming and opted instead to assist Mexican authorities with rescue missions.

When he finally returned that year, Lobos, then 48, lived in Guatemala for the remainder of his life. He wanted to spend time with his parents before their deaths; it was timely, Luis noted, for his father died in 1986 and his mother died in 1994.

While in Guatemala, Lobos continued his interests in activism and art.

He traveled around the country and witnessed women that suffered from respiratory illnesses as a result of smoke from coal and wood-burning kitchens. He established “Fundacion Alma Internacional” to combat this by mobilizing appropriate technology from South America.

He also created fish farms to give indigenous populations access to protein, which lasted until they were destroyed by floods. Within that same period, he began restoring a historical Manor house in Panajachel, Sololá, called Casa Cakchiquel, which honored the namesake indigenous culture in the area, Cakchiquel. This later became the headquarters of his foundation.

The house was his final passion project. Four years ago, Tello visited him at Casa Cakchiquel where he was living.

After a particularly nostalgic discussion of their old Casa Hispana lives, Lobos excitedly implored Tello, “‘Why don’t you start this again?’“

That’s unlikely to happen, but his death, Tello said, triggered an interest in recreating Casa Hispana’s voluminous archives that the flood had destroyed. Now in their old age, former Casa members have scavenged for newspaper clippings, email exchanges, and undeveloped film cameras to begin documenting Lobos and the organization he started.

And he would be pleased, they said, by recent news of the Black Lives Matter protests, pushing San Francisco leaders to remove the Christopher Columbus statue near Coit Tower; and Supervisor Hillary Ronen unveiling of a new location for Galería de la Raza on Folsom Avenue and 24th Street.

Lobos, his friends noted, might be compared to the Quetzal described in one of his poems.

“Perhaps it is the spirit of the Quetzal…” he wrote, “ancient Mayan bird who, in his swift flight, scatters the spirits/and lavishes them over all things.” 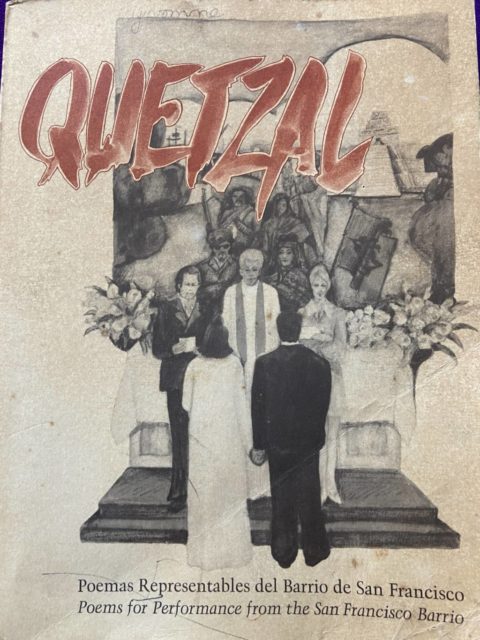 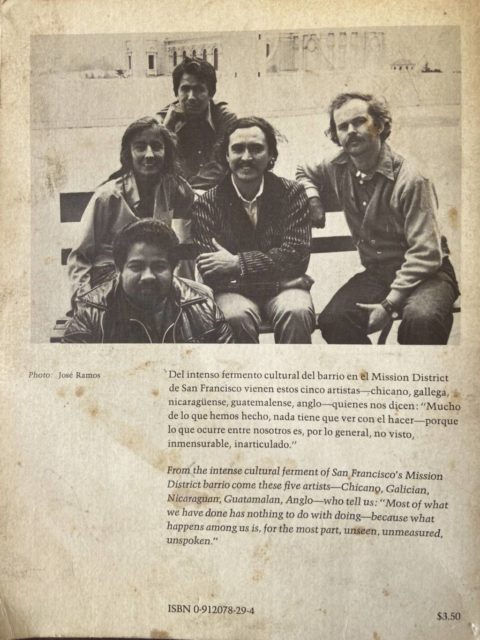 The back of Quetzal, the poetry book Lobos authored. It was published by Casa Hispana de Bellas Artes in 1973. Photo by Annika Hom. 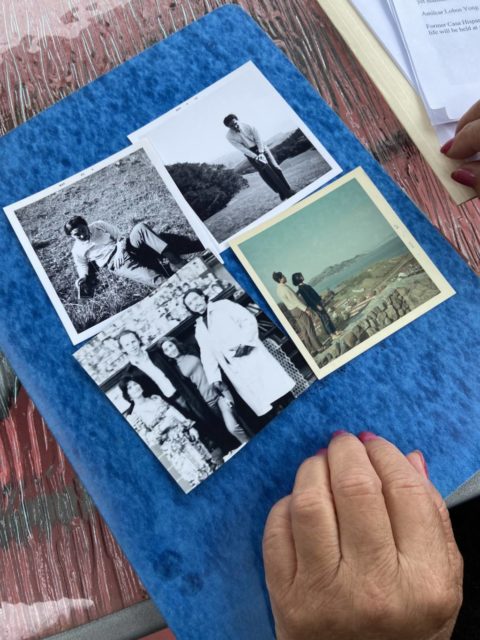