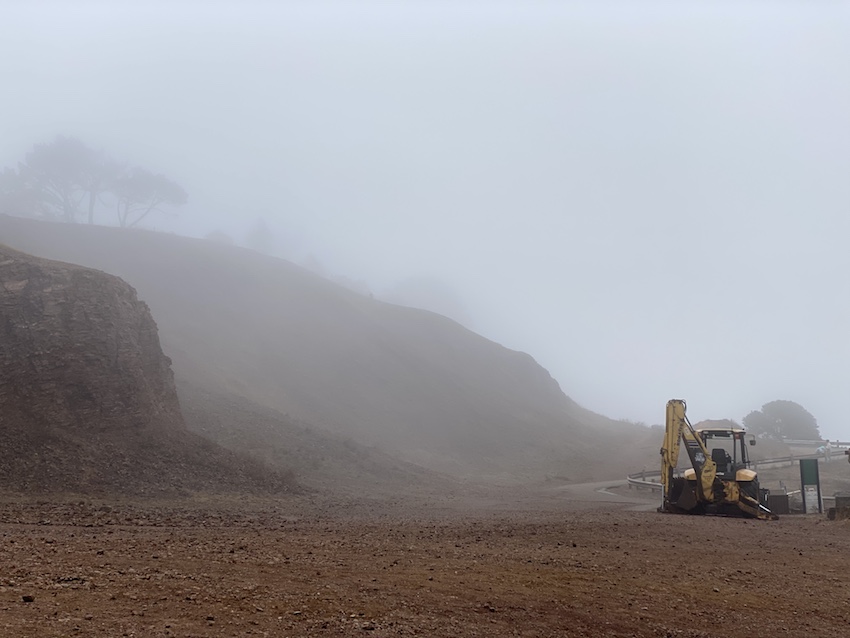 The fog may have burned off early in some areas of the City this morning, but not in Virus Village.

California officials say the “glitch” in the state’s lab test reporting system has been fixed. However, more than 300,000 tests for Covid and other infectious diseases remain to be sorted through. Expect elevated numbers of cases and positivity rates over the next week. Officials say that test results for patients were not affected by the glitch. That’s good. In some Bay Area locations, it takes up to 19 days for patients to get test results. Color, the private lab that analyzes SF tests (along with the City’s public health labs) claims 90 percent of their results were returned in 24-48 hours, including 50 percent returned within 24 hours.

Though the “glitch” apparently has meant an undercount of positive cases in the state and various counties, it did not affect hospitalization data. Over the past week hospitalizations have fallen around the state, including San Francisco.

How are people in SF responding to the ongoing crisis? Naomi Marcus reports how one woman keeps her spirits up.

If you missed the fog this morning, scroll down to the numbers.

Ten cases were added to the Mission’s numbers raising the total to 1029 reported cases, most in the City. Neighborhoods in the south and southeast make up 57 percent of the positive cases to date.

As backlogged cases are added, changing the numbers every day, it’s more useful to watch the trends then obsess over specific numbers. The seven-day average, falling from a peak of 127, has been above 90 since July 11.

The R number continues to fall in a range from 1.02 to 1.24. Though better than last month, it is most likely affected by the statewide underreporting of positive test results.

Delays in obtaining test results mean the “more reliable” results come from a week ago. The seven day average for tests coming back positive on August 1 was 3.55 percent. Although we don’t have exact numbers, we have heard that testing at the Alabama Hub and the 24th Street BART station in the Mission have returned positive rates from 7 to 9 percent, confirming the Latinx population continues to be hardest hit by the virus.

Hospitalization figures continue to drop as has the rate of weekly change in COVID positive patients. For the week ending August 6, the rate has decreased by 23 percent. For the first time since July 21, hospital capacity figures have been posted.  As of August 5, 80 ICU beds, and 342 Acute Care beds are reported available.

Deaths continue to be concentrated among the Asian and Latinx populations. One or more underlying conditon was present in 61 of the 67 deaths with 55 percent over the age of 80.