As Muni is cut off, so are seniors 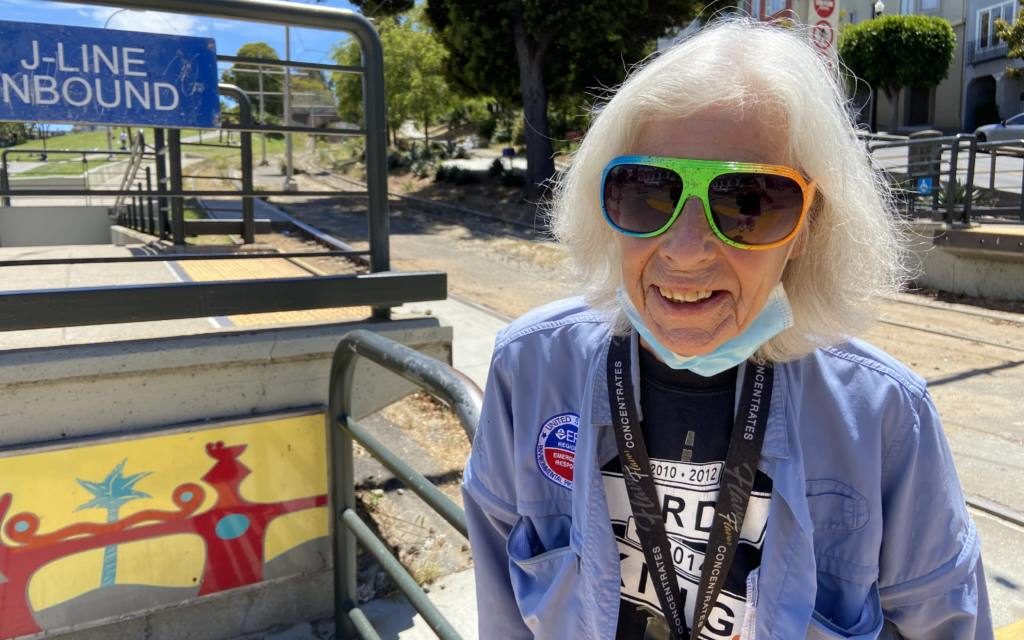 Janet Forst, 75, said that since the J Church Metro and 33 bus closed, she and other residents at Mission Terrace Senior Housing have been feeling cooped up and frustrated. Photo by Annika Hom.

For years Zoila Martinez, 64, relied on the 55 Muni to get her to Kaiser Permanente in Mission Bay, where she picks up insulin for her diabetes. The bus was the most efficient option: the hospital is too far to walk from Potrero Hill, where she lives with her daughter. Neither of them own a car.

But in early April, as the city moved to stop the spread of COVID-19, the 55 was cut, along with the majority of other Muni routes. The move made sense, but it also inconvenienced or even stranded low-income seniors and disabled residents. Taxis offer the obvious solution, but for many who live on fixed incomes, any added expense presents a challenge.

Martinez, for example, pays $600 in rent out of her $950-a-month social security check.

As the majority of bus lines and all of the Muni Metro shut down, many less able individuals must walk farther than usual to access one of the 26 routes currently operating.

To alleviate some of these struggles, the transit department created a subsidized taxi ride service in mid-April called the Essential Trip Card program specifically for those who are disabled or at least 65 years old.

“We know that, for many people, walking farther to an alternate bus — or paying for other transportation — isn’t possible,” states the program’s description.

Members pay up to $12 a month and receive $60 in funds slated for essential taxi trips such as grocery store or pharmacy runs within the city. Muni said the $60 will subsidize about two to three round-trip rides. Muni has received more than 2,000 applications and has disbursed more than 1,906 cards so far.

This could have worked for Martinez, who said she now pays $16 to $20 round-trip to get her medicine, but she is five months shy of qualifying for the Essential Trip program.

As the city begins to reopen, the lack of mobility can also be socially isolating.

Sandra Rivas, the assistant director of operations at 30th Street Senior Center, said that before the pandemic, several seniors met to discuss how the shortened J Church metro route would disrupt their routes to the center or to doctor’s appointments. Now, the line is completely suspended.

“With limited services, seniors who may have ventured out of their neighborhoods to participate in community based programs, may not do so,” Rivas said in an email.

Janet Forst, 75, said that ever since the J Church metro and the 33 bus stopped running, her purview of the city has shrunk. She used to ride the J every day until it closed in March so she could get downtown or to 24th Street, where she would window-shop at furniture stores.

“[The J suspension] stops me because that’s the only thing that goes over the Church Street hill,” said Forst, who wears a black guard on her left knee. “That’s a helluva walk.” 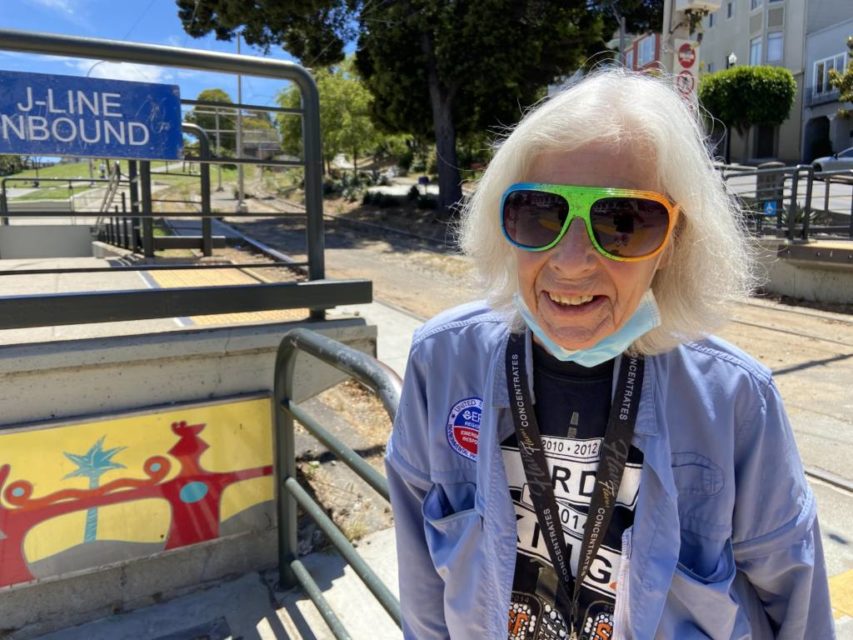 Janet Forst, 75, said that since the J Church Metro and 33 bus closed, she and other residents at Mission Terrace Senior Housing have been feeling cooped up and frustrated. Photo by Annika Hom.

She can walk her dog, Meryl, about two blocks before her knee begins to ache.

“I want the J-train back, like, yesterday,” said Forst, who feels so cooped up that she has considered renting a car for a day just to get out and drive to downtown Palo Alto on a sunny afternoon.

The old stops sit half a block from Forst’s senior affordable-housing complex on 18th Street, Mission Terrace Senior Housing. Multiple residents said they were outraged that their complex failed to notify them of the transportation changes or to give them alternatives to navigate transportation during the pandemic.

Officials from BRIDGE Housing, one of the real-estate developers for Mission Terrace, told Mission Local in July said that the complex’s property manager did not know the transit system had stopped.

Muni said it will reopen Metro lines in August. But hopes that bus transportation would eventually resume to normalcy shattered on June 30, when transportation chief Jeffrey Tumlin announced that the cut lines will most likely remain closed unless the department could dig up some more revenue. More than half of Muni’s riders stopped using transit during the pandemic, according to the agency’s data.

Forst has been eyeing the city’s Paratransit ride services as an alternative, which necessitates Americans with Disabilities Act certification and offers more money on a similar subsidized taxi program. To get certified, she first has to figure out how to visit her doctor’s office in Chinatown. Her usual route requires the J metro and a bus.

Martinez is similarly frustrated by the circumvented routes and wait times which are undoubtedly caused by restricted service. She said sometimes she waits up to 30 minutes to catch the bus.

“What if I have an appointment? I’m going to be late,” Martinez said.

Despite the gaps, the service that does run is within a mile of most San Franciscans, according to Muni officials. The reduced service is also necessary to ensure bus and train operators’ safety, especially when some riders refuse to wear masks and keep six feet apart, said Roger Marenco, the local president of the Transport Workers Union of America.

“The concerns are grave,” he said.

Forst agreed that transit drivers had the right to stay safe. “They’re people, too. We depend on them,” she said, though she yearns for the days of public transit.

“Before the pandemic, we could move,” she mused. “We had buses, quaint little things.”