Mohammed Nuru, toilets, and the contract that explains San Francisco all too well 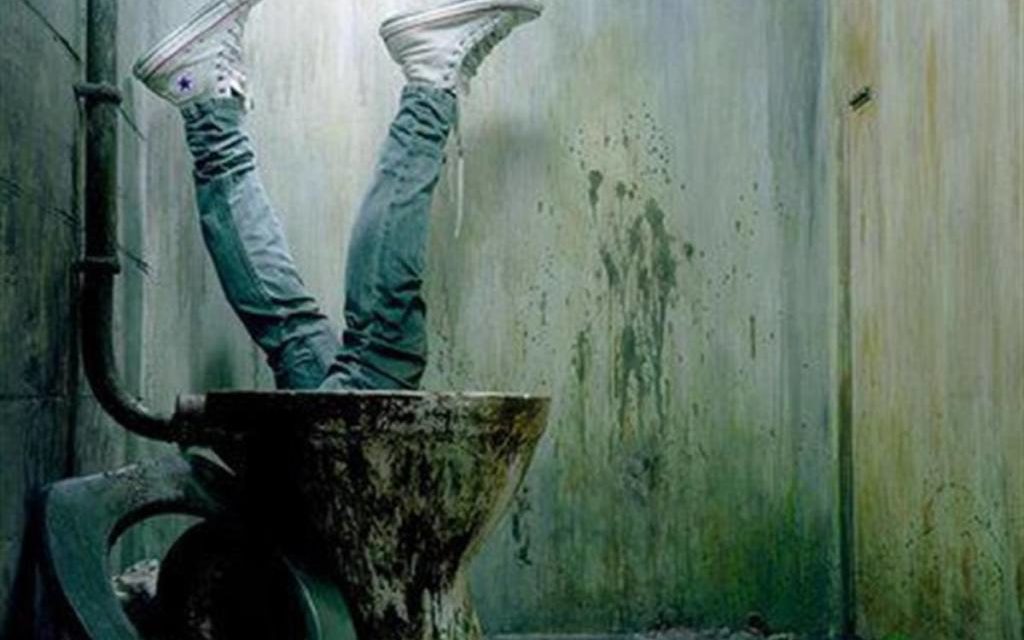 Guess how much this cost?

SF turned down a deal from Clear Channel that could’ve garnered some $40.5 million — in 10 years. With more toilets provided.

There are times when things are just so on-the-nose these days, one wonders if the writers for this show we call “Reality in America in the year 2020” have run out of ideas.

That’s how you feel when you realize that, before Vallejo residents could manage to hit the streets to protest police killing an unarmed man, their local police had already killed another unarmed man.

That’s how you feel when you peruse the San Francisco recipients of Paycheck Protection Program loans and spot that “I Will Teach You To Be Rich, Inc.” received between $350,000 and $1 million.

And that’s how you feel when you realize that the contract epitomizing San Francisco’s casual corruption, political incestuousness and overall dysfunction — with the figure of Mohammed Nuru lurking behind the scenes like a ballcap-wearing phantom of the opera — involves toilets.

We’ve written a fair bit about the city’s long-running crappy deal with JCDecaux, which has, for the past 25 years, provided San Franciscans with oft-broken self-cleaning toilets that, to an alarming degree, did not self-clean or even function as toilets — but did serve as drug dens, trysting sites, or improvised rooms for the night.

Through the years, both Public Works employees and JCDecaux workers have told us about people living in these toilets, people dying in these toilets, and even one budding entrepreneur who commandeered a JCDecaux toilet and began charging admission to anyone who desired to enter for any of the above purposes (or on the off chance they needed to use the facilities).

But self-cleaning toilets that didn’t self-clean or adequately serve as toilets is just the beginning of this epic bad deal. At its heart, this is an advertising pact — San Francisco gets the toilets in return for the advertising the private company can plaster throughout the city. But, while other megacorporations entering into similar arrangements funnel between 55 and 65 percent of their ad revenue back to San Francisco, your humble narrator revealed last year that JCDecaux has been forking over some 7 percent of its ad revenue, going back to the Frank Jordan years.

But wait — there’s more. Or, if you’re a San Francisco taxpayer — or would-be toilet-user — there’s less.

So, the city has left many millions of dollars on the table. And the city has, by and large, failed to provide working public toilets, forcing those without recourse to squat between parked cars or piss on the wall.

But city officials have fought hard to maintain this status quo.

When this contract went back out to bid in 2015, Clear Channel Outdoor offered far more money than JCDecaux. The city responded not by accepting more cash and welcoming a better deal but by canceling its Request for Proposal and rewriting the terms in such a way that only JCDecaux truly stood a chance of winning.

And, indeed, nobody else bothered to bid.

Of note, in the nearly three years between the former contract lapsing in October 2016 and a new one being ratified in July 2019, the city allowed JCDecaux to continue paying the de minimus amounts specified in the lopsided earlier deal.

All of this took place before erstwhile Public Works boss Mohammed Nuru was in January arrested by the FBI on public corruption charges following a long-running probe, and various other city politicos followed suit as the feds began tugging loose threads.

Nuru, notably, lobbied elected officials to ratify this JCDecaux contract — aggressively. It was this year flagged by the City Attorney for review. Supervisor Aaron Peskin in February submitted legislation urging it be nixed.

So, that led to a hearing this month. And, wouldn’t you know it — something happened that was rather on-the-nose.

It’s no small deal for this city to undo a ratified contract. Short of hard and fast evidence of malfeasance or wrongdoing, it’s not going to happen. The logical outcome of the July 2 hearing was for the supervisors to forward along the “recommendation” for the City Attorney and Public Works to rescind this contract — and for nothing to happen.

That eventuality only grew more likely when Public Works deputy director for finance and administration Julia Dawson told the supervisors that Clear Channel never voiced its concerns during the bidding process nor sought to clear up questions about issues with the Request for Proposal.

And that was, apparently, that.

Until, during public comment, Bob on line one turned out to be Bob Schmitt. As in, the regional president of Clear Channel Outdoor.

“Ah, this is remarkably interesting,” said Peskin, who was thrown for a loop. “I didn’t think you were going to call in.”

Replied Schmitt, “I didn’t think I was going to call in, either.”

And Schmitt recalled things differently than Dawson. And he subsequently provided proof, in writing, that far from failing to flag concerns or seek clarity, Clear Channel did so — in painstaking detail.

So, that was on the nose. Material figures barge into public meetings, unbidden, to provide written evidence contradicting city officials on Matlock or Perry Mason. Not in real life.

But Schmitt had reason to feel miffed and pick up the phone after hearing what that Public Works deputy director claimed in a public forum: As noted above, the city did not accept the far more generous bid from his company, but instead canceled the process and issued a new Request for Proposal.

And in this RFP, the amount of importance placed upon how much money a company would bid — pretty much the most vital consideration for this or any city — was vastly downgraded. At the same time, the amount of importance placed upon an “oral interview” — an oral interview with Public Works bosses who, for all the world, seemed intent on staving off JCDecaux’s competitors — was increased eightfold.

During the July 2 meeting, Schmitt described the process as “not a level and equitable playing field in terms of the RFP.”

Afterward, having read all of Schmitt’s written submissions, Peskin was troubled. “This undermines all the testimony an elected body received a handful of days ago.”

Legislation that had been on life support suddenly received a defibrillator-like jolt.

“We got a live fish here,” Peskin said.

The city expects to reap $12.5 million from the current JCDecaux deal over the next 21.5 years. It turned down a deal from Clear Channel that could’ve garnered some $40.5 million — in 10 years. With more toilets provided.

But to hell with it. This city makes bad deals. This city bleeds money. Maybe Bob Schmitt’s Speak now, or forever hold your peace moment will provide the City Attorney with leverage to void the contract.

But the reason this case sticks out — and rankles — is that city officials fought so hard, for so many years, to keep providing the people such shoddy service and keep collecting far less money than they should. It really makes one question the ultimate goal of San Francisco government.

And, in this debased system, Nuru is not only a cause — but a symptom.

Nuru, in short, found a way to profit off a market inefficiency. Long ago, he honed out a role as a man who could be tasked to get done the things that the government was, in fact, supposed to get done — but wasn’t.

When a heap of trash was on the corner, or a constituent sent an aggrieved email to his or her supervisor about some manner of malady 311 wasn’t addressing, Nuru could be summoned to clean up the physical and metaphysical mess.

In so doing, he advanced to a position in which he had carte blanche to divvy out contracts sans oversight and assembled a personal army on the city’s dime in order to keep answering elected officials’ pleas to fix the things that were so conspicuously left broken.

“And that is my fault,” Peskin tells me. “It’s my fault and my colleagues’ fault and several mayors’ fault. We overly empowered somebody rather than fixing what was systemically broken in the government. And that is the take-home lesson for all of us.”

If San Francisco can — at long last — be compelled into introspection, we would be a better city for it.

But that the man who forced us to cope with both our tangible and ethical filth was nicknamed “Mr. Clean?” That, too, is a bit on-the-nose.

Attention regular readers! Keeping local journalism alive is so simple – read it, pay for it.