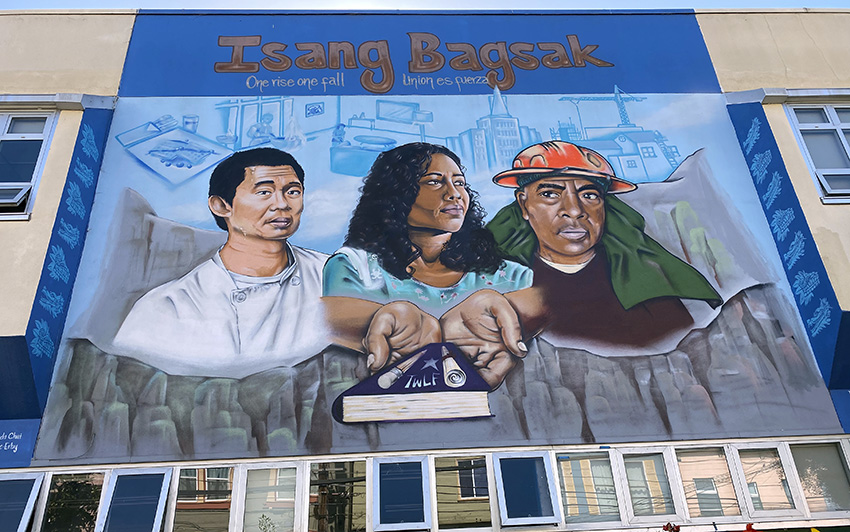 Not a bad picture for an otherwise pretty nice morning in SF.  Following the pattern of the past few days, the total number of positive cases continues to rise, but the trend line over the last few days is not terrible.  No new deaths have been recorded. The R number estimate remains stable, but well over the goal, which does not augur well for numbers in the coming week.

Scroll down for more.

When we say there are 108 new cases, what we mean is that 108 cases have been added to the City totals, not that there were 108 new cases yesterday. Those 108 cases come from earlier tests which, after delays, were finally analyzed and reported. Given the way the city reports its numbers, it’s best to look at the seven-day average.

The Mission District reported 9 new cases, for a total of 858.

Note the graph above, showing the rolling 7-day average of cases per day for the week ending July 22 to be 64.

According to DPH, the rolling average,  is “the average of new cases for a particular day and the prior six days which shows the trend (smoothing out daily fluctuations).”

The “key indicator” the City uses is the weekly average number of new cases per day per 100,000 residents. Their goal is an average of 1.8 new cases. On July 21, that number was 9.3 (equivalent to an average of 81 new cases a day). So the rolling average may be falling, but it is still quite high (in the City’s red zone).

Like the new case figures, the positivity rate (the proportion of positive results of daily testing) has fluctuated over the past week. The fluctuation and the ambiguity is a result of the “high degree of variation in the time needed to compete tests by different labs.” The figure for July 22, based on 1,183 tests is 4.3 percent, higher than the overall average of 3 percent since March.

Hospitalization figures have apparently not changed from yesterday with 122 COVID patients counted as of July 21. The number includes confirmed and suspected COVID patients as well as transfers.

Note the number of COVID ICU patients in the graph above represents a rise of 4 patients from July 20.

One of DPH’s key indicators is the rate of weekly change in COVID patients. The week ending  July 22 showed an increase of 17 percent,  well above the targetted weekly average of 10 percent.

The seven-day average percentage of Acute Care bed availability for the week ending July 22, is 21 percent.  This percentage has steadily fallen since July 7.

Both Acute and ICU availability figures are greater the DPH target of 15 percent availability.

Men have contracted 56.4 percent of the positive COVID cases and 66 percent of the deaths recorded. Those who are unhoused have accounted for 230 cases and one death. Community contact (as distinguished from contact with a known case) continues to be the largest source of transmission for cases and deaths.