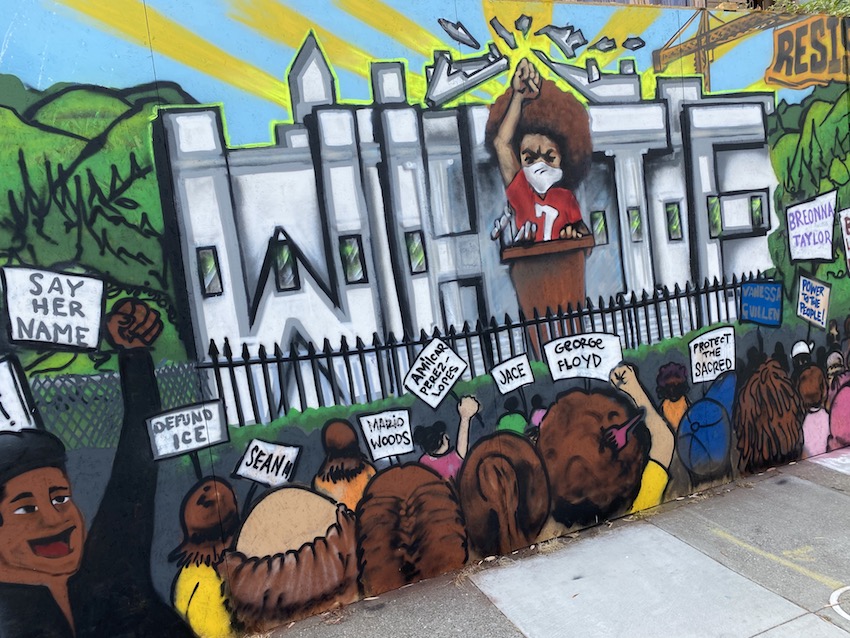 “Dystopian realities generate utopian visions.” So writes premier medical journal, The Lancet, in commenting on two early phase vaccine trials, in Oxford, UK, and Wuhan, China. “The results of both studies augur well for phase 3 trials, where the vaccines must be tested on much larger populations of participants to assess their efficacy and safety,” continues the editorial. Though laudable, The Lancet advises “inferential caution,” noting ethnic diversity in both trials was very limited.

The “new case” number declined today which looks good, as did the total number of  COVID ICU patients (confirmed and suspected).  However, Acute Care patients continue to rise with 115 total COVID patients in San Francisco hospitals, including 9 confirmed COVID transfers.

For those bummed out by depressing data, the hit comedy series, “The Coronavirus Briefings” begins its second season today at 2 pm PDT, starring Dark Ages Donald as “The President” and Koch-head Mike Pence as “Master of Ceremonies”. With special guests Lucille Ball and Groucho Marx as “The Docs.” Viewers are advised to wear masks.

SFDPH reports 57 percent of the cases are a result of “community contact” while 37 percent come from contact with a known person. Transmission in other cases is unknown.

The positivity rate (positive results of tests analyzed and reported) fell below 2 percent today for the first time in over a month. However, the last time we had this figure, the it was based on twice as many tests.

Contact tracing of those who tested positive and named contacts continue to show no improvement. Where the virus has been relatively controlled (Germany, China, Vietnam, Cuba, etc.) it has been a function of widespread testing, tracing and quarantine programs. Without adequate tracing, testing itself has limited value in controlling the virus. See Mission Local’s recent story on contact tracing in the City.

The rate of Covid positive patients for the week ending July 19 shows an increase of 28%. The SFDPH target in less than a 10% weekly increase. The percentage has been above 20% since June 26. Though available hospital beds remain sufficient, Acute Care beds have been steadily dropping over the past weeks.

The R number, an estimate of how many people an infected person will infect, continues at a relatively high plateau in San Francisco. Note drops in Alameda, Contra Costa and San Mateo counties. Also of interest, Imperial and Riverside counties, which a few weeks ago were burning with the virus, today dipped under 1. A hopeful sign as when the R number goes below 1, the virus is fading. The R number for California stands at 1.22. For more information on the R estimate we use, check out Covid-19 R estimation