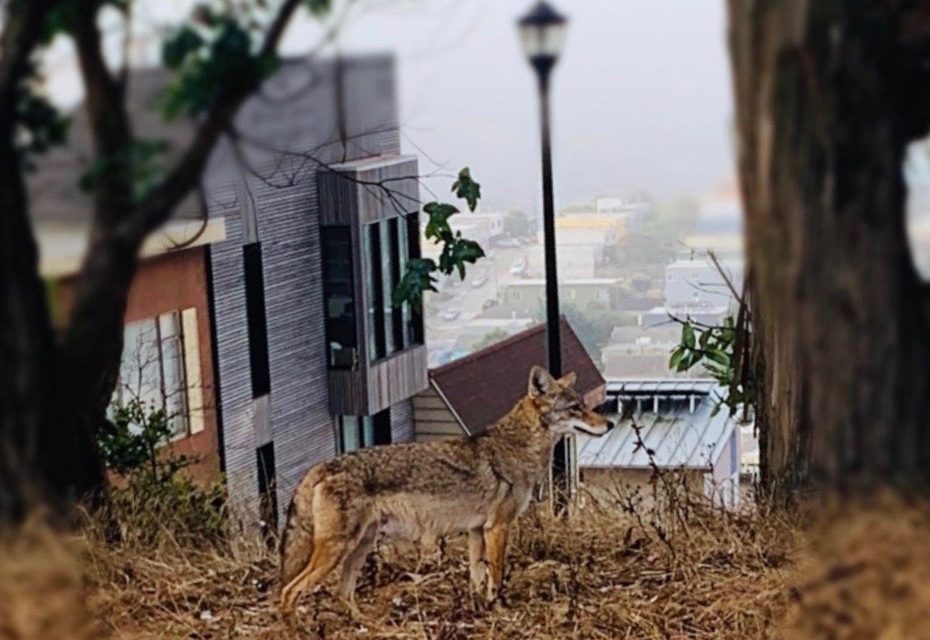 On Bernal. Photo by Juan Estrada

Buckle up boys and girls, we may be headed for some bumpy times. Hunker down inside, outside is better with friends.  If indoors with friends,  keep rooms ventilated, maintain distance and time with others, and wear your mask.

Positive Test Results.  Falling from yesterday’s jaw-dropping 171 new cases, San Francisco Department of Public Health is reporting 110 new cases as of July 8. Remember, because of delays in testing, analyzing, and reporting, these figures are not “hard” numbers but are always in flux.

The seven-day rolling average is 58 new cases a day, a drop from yesterday, which was 66.

The seven day average of positive cases per 100,000 residents is 7.2, still well within the “high alert” red zone.

Deaths. The death toll remains at 50. Although this is good news for SF, in other areas where positive cases have been rising dramatically (FL, AZ, TX, CA) deaths are also climbing. Why not SF? UCSF’s Dr. Monica Gandhi (@MonicaGandhi9) thinks it may be due to masking. Not only do masks prevent transmission, she says, but they also may reduce the amount the virus a person takes in). A recent study gives support to her theory, showing masks reduced viral levels – for infected hamsters and mice. Since the virus doesn’t seem to have lost its lethality, she may be on to something. Dr. Bob Wachter (@Bob_Wachter), also UCSF, gives credence to the idea, noting in San Francisco we’ve got a lot more people wearing masks, especially in comparison to other areas such as Texas, Florida and Arizona. And don’t forget Orange County where anti-maskers are on the rampage.

Hospitalizations. As of July 9, local hospitals reported a couple less COVID patients than the day before. Along with transfers from other counties, there were fewer acute care patients, but two new ICU admissions.

The rate of weekly change in COVID hospitalizations, for the week ending July 9, stands at 21 percent, still in the red zone.

Disparities. The Mission district, Excelsior and Bay View-Hunters Point continue to be the hottest zones in the City for the virus. A new study out of Harvard deepens our understanding of the disparate impact of Covid-19 on racial and ethnic minorities.  The study found that in “all age strata, COVID-19 mortality rates were higher for racial/ethnic minorities compared to whites, with extremely high rate ratios (5-9-fold higher) among younger adults (24-54 years) more than 3 times the age-standardized rate ratio. More years of potential life lost were experienced by African Americans and Latinos than whites, although the white population is 3-4 fold larger.”   A similar phenomenon can be seen in the recent Southern Calfornia outbreak.