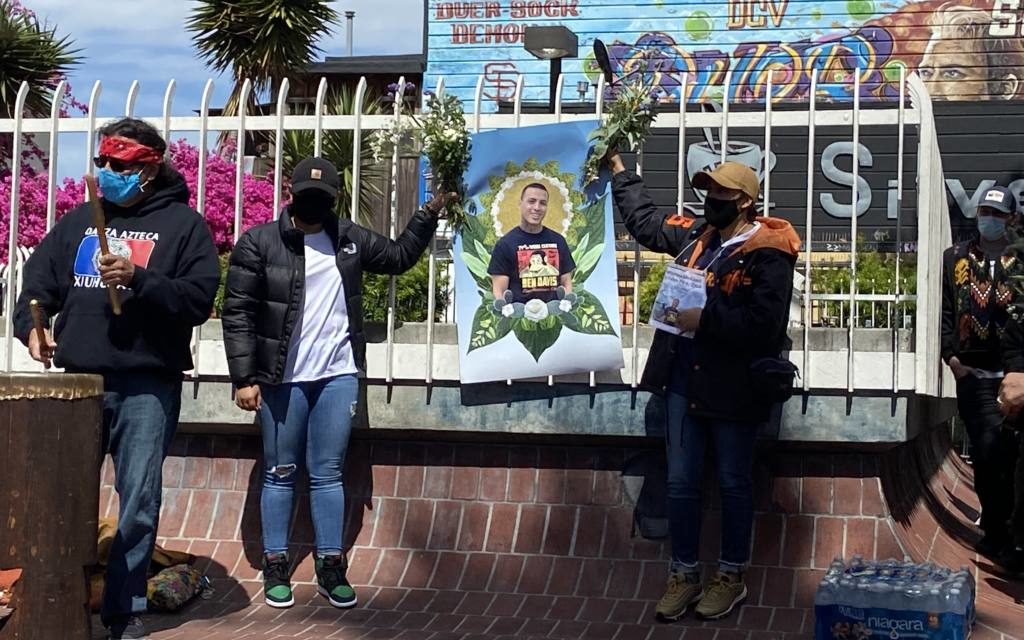 People gather around an image of Monterrosa. Photo by Annika Hom

Around 100 people gathered at the 24th and Mission BART Plaza on Friday afternoon to remember Sean Monterrosa, an unarmed 22-year-old man who was shot and killed by the Vallejo Police Department on Tuesday around midnight outside of a Walgreens in Vallejo.

The police officer, whom the Vallejo police have not yet identified, purportedly shot Monterrosa five times through a police car windshield, as Monterrosa was kneeling with his hands up and free of objects. Vallejo Police Chief Shawny Williams said that the officer believed Monterrosa had a gun at his side. It was actually a hammer.

“He should have never shot my brother through the police vehicle,” Monterrosa’s sister, Ashley, told the people gathered on Friday. Her brother “was not a threat.”

She added that the shooting took place a day before her birthday. “I’ll never have my brother for my birthday again.”

Monterrosa grew up in Bernal Heights, attended Aptos Middle School, and graduated from Independence High School in San Francisco, according to the Chronicle. He was the son of Argentine immigrants and one of three children. His siblings are sisters, Ashley and Michelle.

People kneeled in honor of Monterrosa and cried.  “No Justice, No Peace,” they chanted, and demanded that the Vallejo Police Department release body camera footage of the incident. But the action was not only about Monterrosa, organizers said: “Our gathering today is in the spirit of Black Lives Matter,” said a woman through a bullhorn.

Indeed, the gathering for Monterrosa comes only days after more than 10,000 marched through the city for George Floyd, who was killed after a Minneapolis police officer kneeled on his neck for more than eight minutes. “There is now going to be unrest until there is action,” said Jon Jacobo, a Mission District-based Latino activist.

Supervisor Hillary Ronen said that marches in the street can result in real policy changes, including the banning of a technique used on George Floyd, in which officers kneel on the necks of civilians and which recent video shows an officer doing in San Francisco. “Black Lives Matter,” she said. “Don’t stop demanding justice.”

Already, the protests have impacted an early committee vote rejecting 2-1 Mayor London Breed’s two moderate appointees to the Police Commission. The full board will consider those appointments on Tuesday.

Both of Monterrosa’s sisters remembered their brother and shared the pain of his loss. “I feel my brother in my bones and I have his blood flowing through me,” Ashley Monterrosa said of her brother. “He was my best friend.” 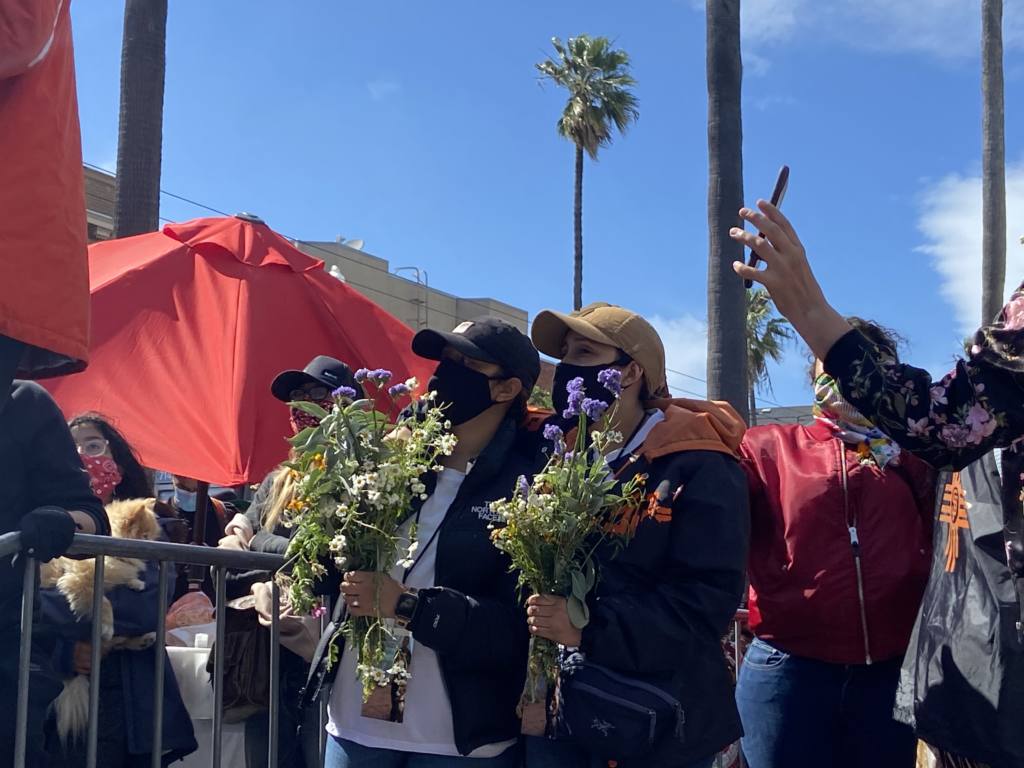 Following the shooting of Monterrosa, the state Department of Justice announced that it was entering into a “review and reform” agreement with the Vallejo police department, which has a long history of troubled policing and police killings. One officer shot and killed three people in less than five months and kept his job.

“We will carry his name,” said Michelle Monterrosa, who referred to her brother by his nickname “Tucan.” “We will fight.”

Razi Lederman, a 2o-year-old from the from the Mission turned out to support Monterrosa and his sisters. He said that “the short term goal is charge [Monterrosa’s] murderer.” The long-term goal, Lederman said, “is to defund the police across the world.” 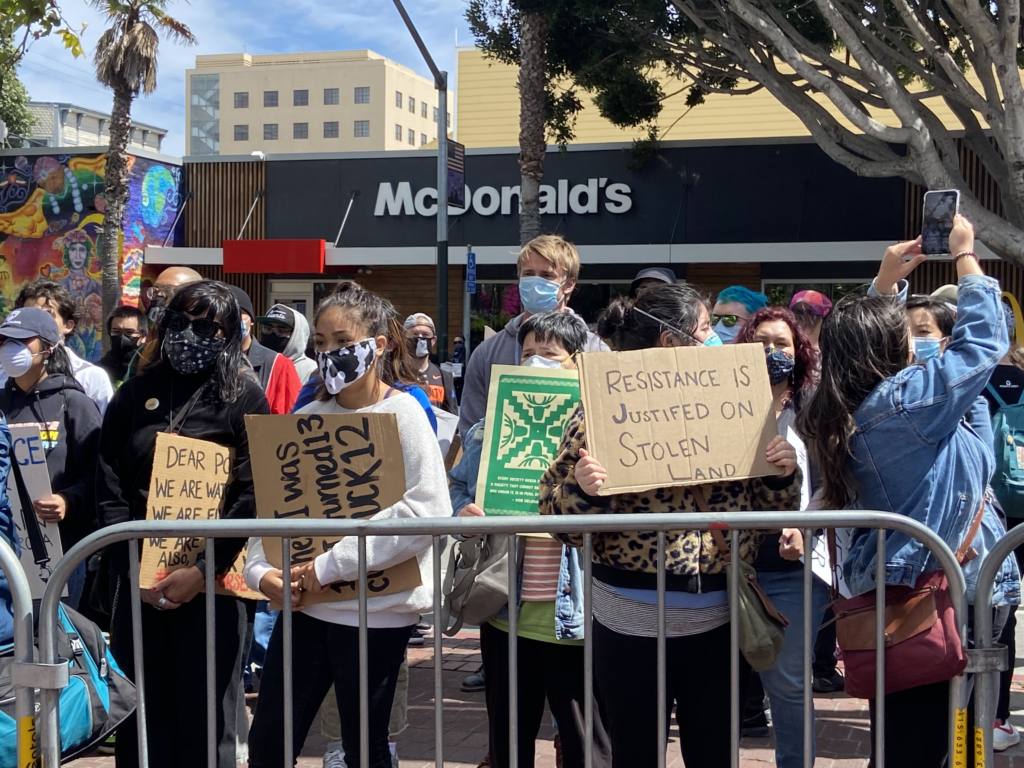 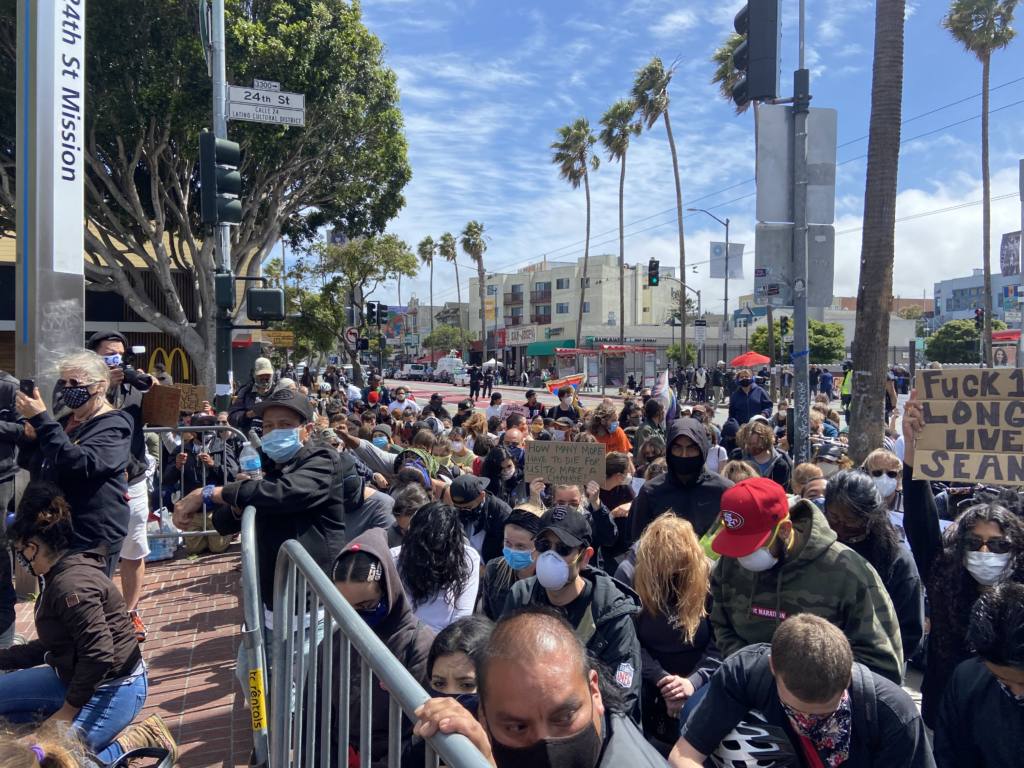 People kneel for Monterrosa at 24th and Mission. Photo by Annika Hom. 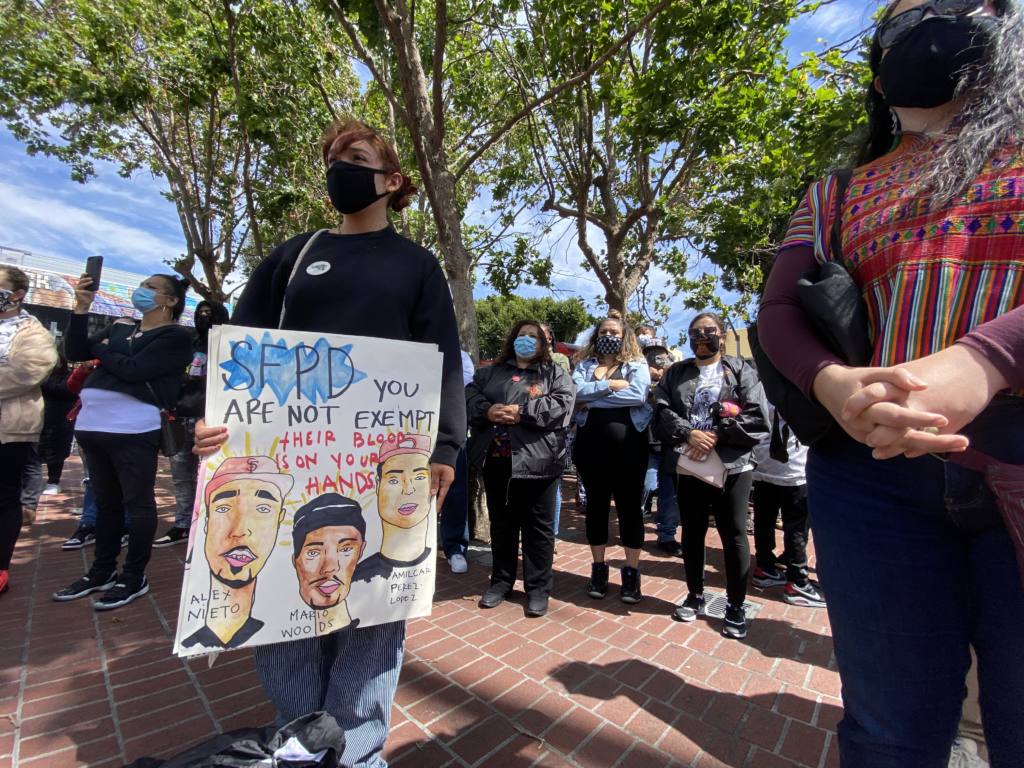 The day seemed as much about Monterrosa as other police shooting victims, such as those that have taken place in San Francisco. Photo by Annika Hom.