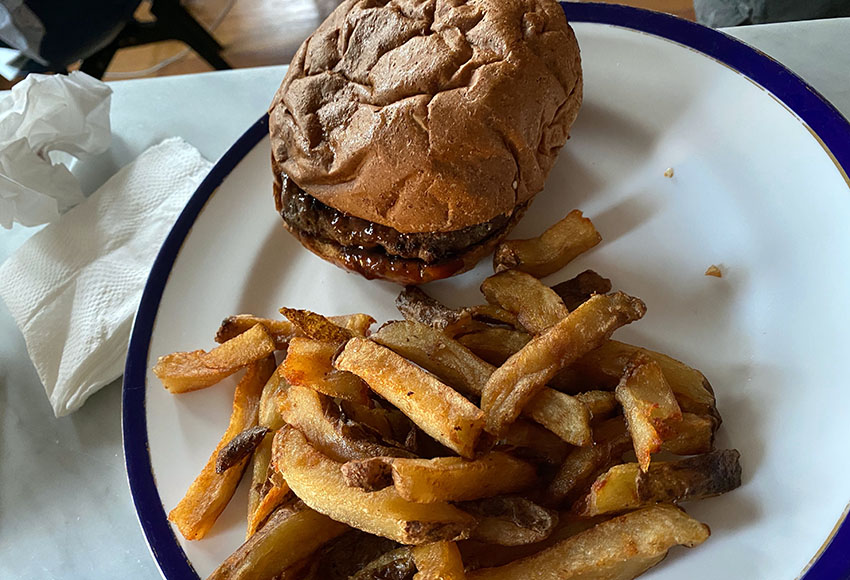 “I assure you this is just the first step among many to fight for worker safety and equal enforcement of the law,” said Boudin at today’s virtual press conference. This action will be led by Assistant District Attorney Scott Stillman’s Economic Crimes Against Workers Unit — “and I did not bring ADA Stillman into the office to file one lawsuit,” Boudin continued.

Messages for DoorDash were not returned as of press time.

Today’s action was filed under section 17200 of the state Business and Professions Code, which applies to “any unlawful, unfair or fraudulent business act.” Either a DA or a City Attorney can take action under this code — and, in fact, City Attorney Dennis Herrera in May joined colleagues in Los Angeles and San Diego in filing a suit against Uber and Lyft for allegedly miscategorizing their workers.

Under the California Supreme Court’s “Dynamex” decision from April 2018, a three-point test was established to determine whether workers should be classified as employees or independent contractors.

No reasonable interpretation of that ruling could lead to determining Doordash workers — or, for that matter, Uber and Lyft drivers, or many others — as anything but employees.

News broke in April 2019 that DoorDash was applying tips given to its workers to apply to their base wages instead of serving as a gratuity — leading to a complaint being filed against the company with the city’s Office of Labor Standards and Enforcement.

In September 2019, the “Dynamex” decision was essentially codified as law under AB5, authored by Assemblywoman Lorena Gonzalez (D-San Diego).

“When you think about theft, you don’t often think about wage theft,” said Gonzalez, who attended today’s virtual presser. “If an employee stole from their boss, they’d go to jail. But employers steal from workers, in large amounts, every day.”

By misclassifying workers as independent contractors instead of employees, companies can shirk on paying minimum wage, providing mandated breaks, and providing healthcare or sick days. Workers in such conditions are subsidized by the social safety net — which is, in turn, subsidized by taxpayers and law-abiding companies.

“DoorDash has long been an exploitative employer,” UC Hastings labor law professor Veena Dubal told Mission Local. “Like Uber, the company’s business model is based on the fiction that their workers are independent contractors. This means that the people whose labor has created the company’s sky-high valuation do not have access to a wage floor, to workers’ compensation if they are injured, or to unemployment insurance if they are laid off through no fault of their own.”

During the ongoing pandemic, Dubal continued, these workers have been further deemed “essential,” and have been “risking their lives to get food from restaurants to families in lockdown.”

“DoorDash has been vigorously fighting claims of employment by their delivery drivers,” said Dubal. “This lawsuit today — brought by the district attorney of San Francisco — puts the weight of the state behind these claims.”

Now more than ever, Californians from all walks of life look to DoorDash for flexible earnings opportunities, working on average a few hours per week. Throughout the pandemic, DoorDash has supported Dashers on and off the road with free safety equipment, telemedicine, earnings replacement, and more. Today’s action seeks to disrupt the essential services Dashers provide, stripping hundreds of thousands of students, teachers, parents, retirees and other Californians of valuable work opportunities, depriving local restaurants of desperately needed revenue, and making it more difficult for consumers to receive prepared food, groceries, and other essentials safely and reliably. We will fight to continue providing Dashers the flexible earning opportunities they say they want in these challenging times.

If you want to keep us employed — and have not already done so — please support us now.