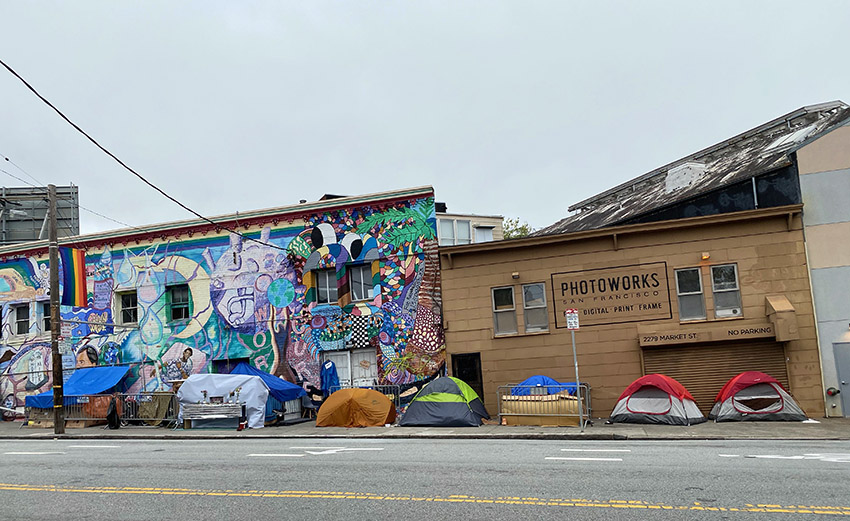 One San Francisco Supervisor is pushing the city to designate up to five public sites for sanctioned homeless encampments in an effort to protect unhoused residents from COVID-19.

Rafael Mandelman, who represents the Castro, Noe Valley and Glen Park, said he will introduce a legislative resolution today urging the city to begin establishing the sites, which would include toilets and handwashing stations. They would also be laid out to allow sufficient space for homeless residents to follow social-distancing health guidelines. Mandelman has said Everett Middle School would be suitable for a sanctioned encampment, and other potential sites include Kezar Stadium and the Department of Motor Vehicles. The concept has backing from at least one neighborhood group in Mandelman’s district.

“There’s a public-health imperative. Housed people are going to extraordinary lengths to limit their social contact with other people,” Mandelman said. “But unhoused folks just generally do not have the opportunity to social distance.”