‘Slow Streets’ coming to San Francisco — but are they really safe? 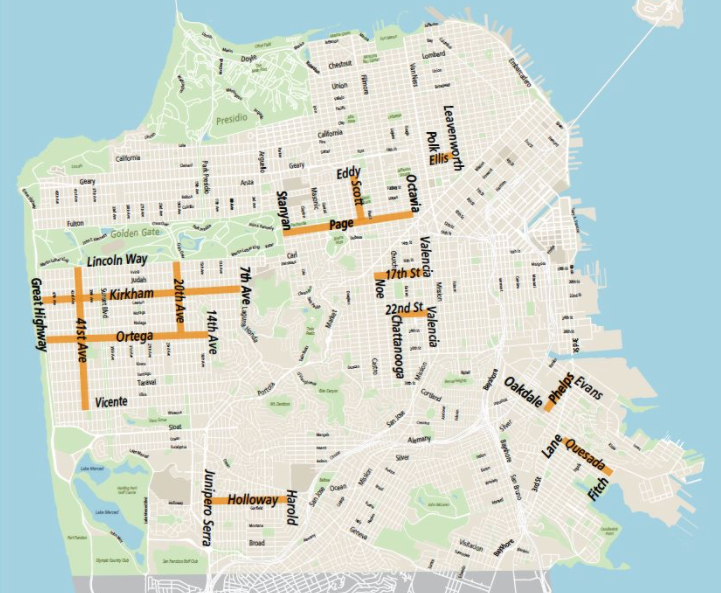 The city is rolling out a “slow streets” initiative that will discourage driving on certain roads around San Francisco. But read the fine print — because you, dear pedestrian, will still not have the right-of-way.

Moreover, the selected streets are not in particularly dense areas, a problem District 3 Supervisor Aaron Peskin was quick to note today.

“At first glance, they seem more concerned [with] recreating in less dense areas than responding to requests to address social distancing needs of seniors & low income people of color in D3,” he wrote on Twitter.

He noted the transit agency did not reach out to him before rolling out its plan. Apparently SFMTA’s strategy is to slow down streets that are already glacially slow and devoid of people. Some of the chosen streets, for example, are 41st Avenue as well as Ortega Street in the Sunset.

Some of the “candidate streets” (listed below) may eventually be closed to some through traffic, although roads will remain open to residents living along the streets.

“Slow Streets will not create any legal change in the right of way,” a guide on the San Francisco Municipal Transportation Agency warns. “People walking/running in the street will not have the right-of-way over motor vehicles but will be allowed to be in the street (as the Calif. Vehicle Code currently permits).” 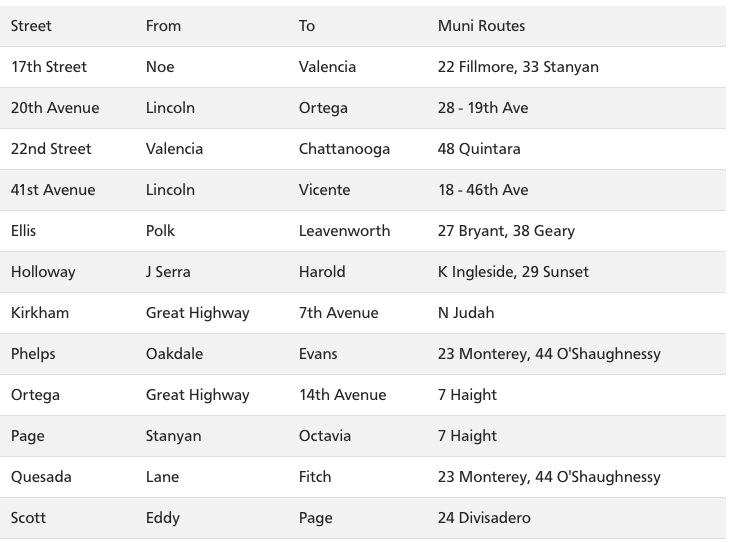 With people trying to physically distance, the initiative may give pedestrians, joggers, and bikers room on streets ordinarily used by motorized vehicles. A similar initiative has been implemented in Oakland.

But get ready for some confusion and tread carefully.

The 12 streets the city transit agency listed will not be shut down at once, and the closures on each will start eight blocks at a time. Beginning this week, only “some of these streets will be closed to through vehicle traffic,” according to SFMTA, and “may not initially cover the entire length shown on the map.”

Traffic cones and signs will be set up at the entrance of the zones, and the transit agency “will continue to monitor” the flow of traffic, though it’s unclear how and at what hours of the day.

Walk SF, which advocates for San Francisco pedestrians, said that it appreciated the measure, but suggested it was a piecemeal effort.

“We believe a true network of streets is needed for people to be able to reach essential destinations safely,” said Jodie Medeiros, Walk SF’s executive director. “This is critically important now, especially in the Tenderloin, Mission and Chinatown. A safe pedestrian network will make walking a safe and viable option for more people as shelter-in-place is lifted, too.”