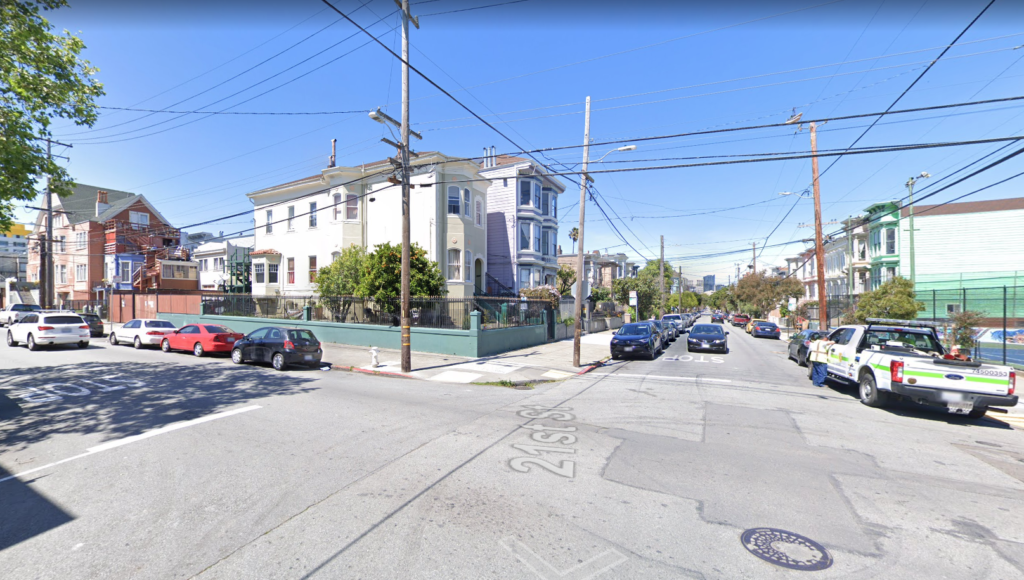 A 25-year-old man was fatally shot at 21st and Shotwell streets Wednesday night around 10:30 p.m. — the second homicide in the Mission District this week.

Officers headed to that intersection after a “shot-spotter” alert.

“Police officers rendered aid to the victim until relieved by SFFD paramedics,” Lobsinger said. The victim was then taken to the hospital with life-threatening injuries.

“Despite the life-saving efforts of the medical staff at the hospital, the male succumbed to his injuries,” Lobsinger said.

The suspects fled the scene following the incident. Officers were given a description of the suspect vehicle and “spotted a vehicle matching the description and initiated a pursuit that eventually stopped at the dead end of Connecticut Street,” Lobsinger said.

Although the suspects tried to flee on foot, they were immediately apprehended by the police.

Herrera was booked at the San Francisco County Jail on charges of homicide, conspiracy, aggravated assault, robbery, carrying a loaded firearm in public and resisting arrest.

The juvenile suspect was admitted to the Juvenile Justice Center on charges of homicide, conspiracy, aggravated assault, felony evading a peace officer and resisting arrest.

On March 16, a man since identified as 26-year-old Demondre Perkins was shot and killed at the Al Hamra restaurant on 16th Street between Mission and Valencia streets. An altar set up in front of the restaurant on Thursday indicated that his nickname was “Spunks.”

The San Francisco Medical Examiner has not yet released the name of the victim in the second shooting. Detectives are still investigating this case, according to Lobsinger. 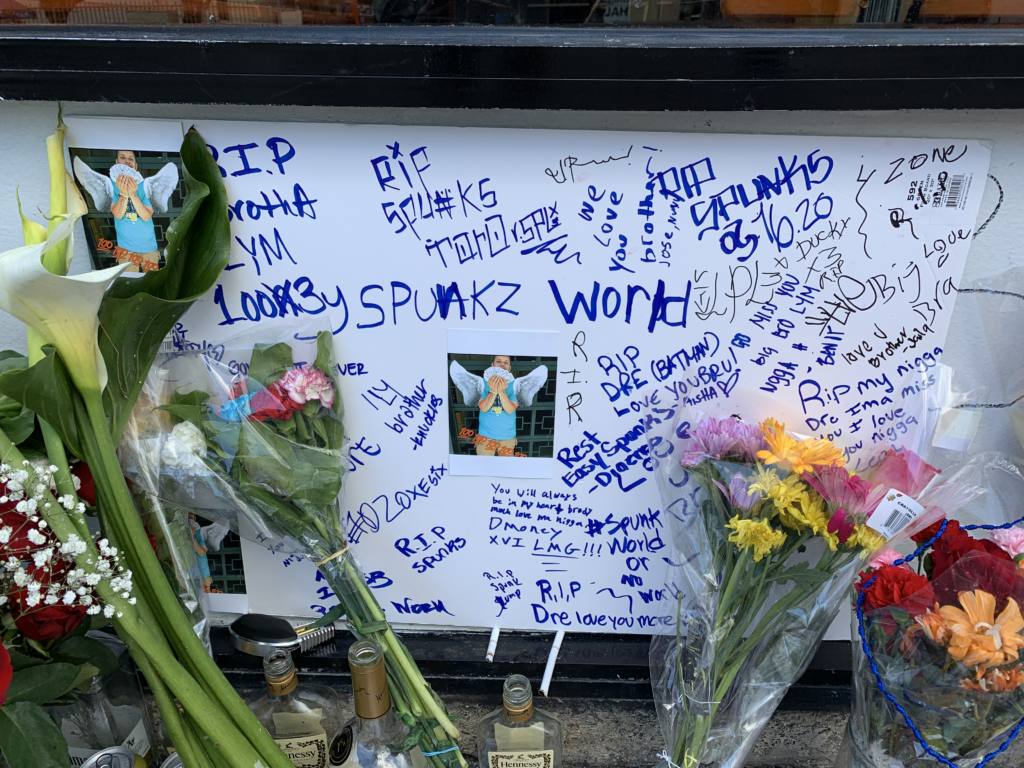 Altar set up in front of Al Hamra on 16th Street, the scene of Tuesday’s shooting. Photo by Julian Mark.