As San Francisco prepares for a glut of coronavirus patients, the Health Department and hospitals are rummaging for hospital beds across the region.

On March 25, with 172 confirmed COVID-19 cases in San Francisco – that number rose to 397 by Tuesday – there were a total of 1,300 unused hospital beds in the county, and 200 unused beds in intensive care units, according to Dr. Grant Colfax, director of the San Francisco Department of Public Health.

“These beds have appropriate staffing and supplies,” Colfax said during the city’s March 25 press conference. “This number could handle an initial surge of coronavirus as well.”

That is true if the surge infects less than 20 percent of the adult population within the San Francisco hospital referral region of 1.5 million people in a span of 18 months.

In a low-infection scenario where COVID-19 infects 20 percent of the adult population within the same time period, Harvard Global Health Institute data indicates that the region’s full bed capacity would be reached, or even exceeded.

In the San Francisco hospital referral region of 1.5 million residents, 15 percent are over the age of 65. It includes all of the city and county of San Francisco and some areas in the counties of Marin, Contra Costa, Solano, and Napa. Hospital referral regions are composed of zip code areas grouped together based on the referral patterns for tertiary care for Medicare beneficiaries, according to Dartmouth Atlas of Health Care.

Even before COVID-19, San Francisco — on average — had only 200 beds in intensive care units available. As of March 25 and in the midst of COVID-19, the city has managed to secure 200 ICU beds available in all hospitals in San Francisco.

“It is plausible that, despite all these efforts, we could have a scenario similar to the one that is playing out in New York this very day,” Colfax said at the same press conference. “If that happens, our surge capacity will be far exceeded.”

And he expects any surge to come sooner rather than later. 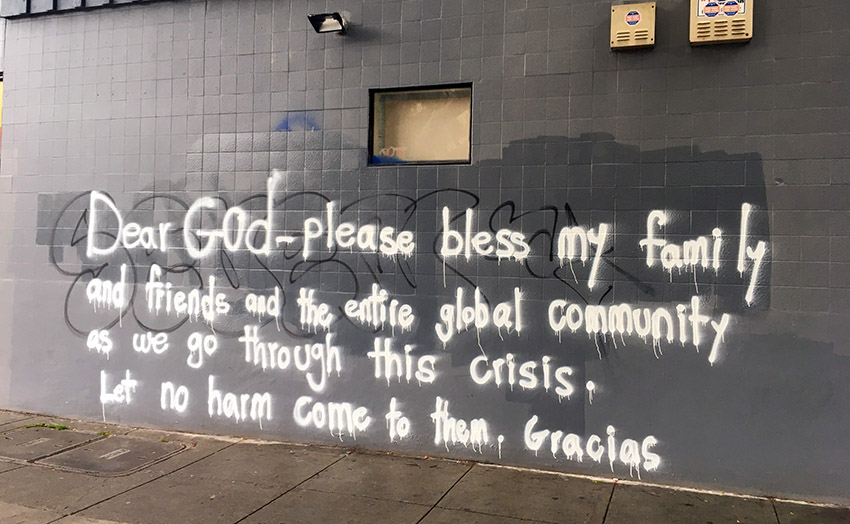 Near Philz on 24th Street.

“In less than two weeks, we expect a surge of people needing hospitalization,” said Colfax. “Our goal now is to flatten the curve so fewer people get sick at once. This would reduce the likelihood that our healthcare system gets overwhelmed.”

Colfax said the city needs an additional 5,000 medical and surgical beds and more than 1,500 ventilators to be ready for the anticipated surge of COVID-19 patients.

If the city gets what it needs, it is possible that the health department can manage a moderate-infection scenario in which 40 percent of the adult population of the San Francisco hospital referral region gets infected over a 12-month period. In this case, hospitals would attend to 106,000 coronavirus patients in a year and would require the city to open an additional 3,520 beds for patients. Each COVID-19 requires an average of 12 days of hospitalization, according to a study of the cases in China.

Saying that the city “cannot manage that alone,” Colfax appealed to federal and state governments to provide more assistance to the city.

He also called for residents to follow the shelter-in-place order that is an attempt to flatten the curve so that COVID-19 cases do not overwhelm the system.

In the meantime, San Francisco hospitals are also scrambling to improvise. 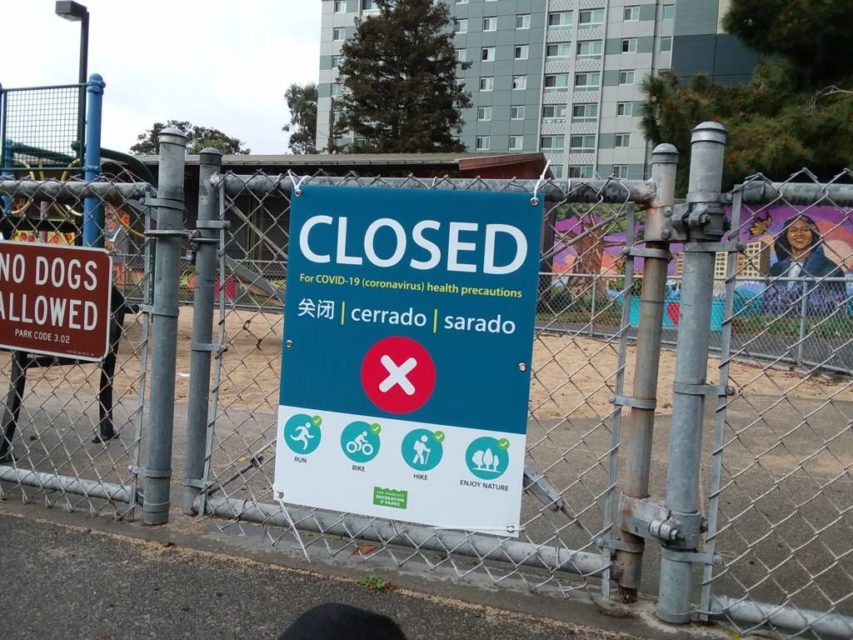 To add to the 1,300 unused beds, it appears that the 12 hospitals in county can add another 108 hospital beds by early May.

St. Francis Memorial Hospital will open a new floor with 48 beds in early April that will be dedicated to the COVID-19 response, said Dr. David Klein, chair of the San Francisco section of the Hospital Council, which comprises 10 hospitals in the county. This COVID-19 unit will be staffed and equipped through contributions from St. Francis, UCSF, Dignity Health, and SFGH.

“At UCSF, we are planning to reopen our Mount Zion hospital by May 1, hopefully sooner, to expand our capacity by at least another 50 or 60 beds,” said Mark Laret, president and CEO of UCSF Health.

Sutter Health is also moving some of its services between hospitals to repurpose spaces for COVID-19 response. and may open one of its campuses to increase bed capacity.

Officials “are working to identify and activate locations for additional hospital beds throughout the state – one of those is a California Pacific Medical Center campus that is currently inactive,” a Sutter Health spokesperson stated.

The hospital that is expected to reopen is the CPMC Pacific campus on California Street in Laurel Heights.

“As much as possible, we are lowering the number of patients we see in our healthcare system and admit to our hospitals,” said Colfax.

In addition, the city has secured 300 hotel rooms, with 920 more in the works, “to move homeless individuals or others who cannot self-quarantine out of the hospital and into these isolation rooms,” said Trent Rhorer, the director of the Human Services Agency.

Thousands of hotel rooms may be available for the city by this week.

“The priority must remain to keep the hospital beds open for the potential surge,” Rhorer said. The Department of Public Health clarified that the effort to open up hotel rooms is “not part of the medical surge.”

“If you aren’t performing an essential task to keep our city running right now then you only have one job. That is: please stay home and keep everyone safe,” Colfax said. “Your efforts to stay home and maintain social distance is and will save lives.”