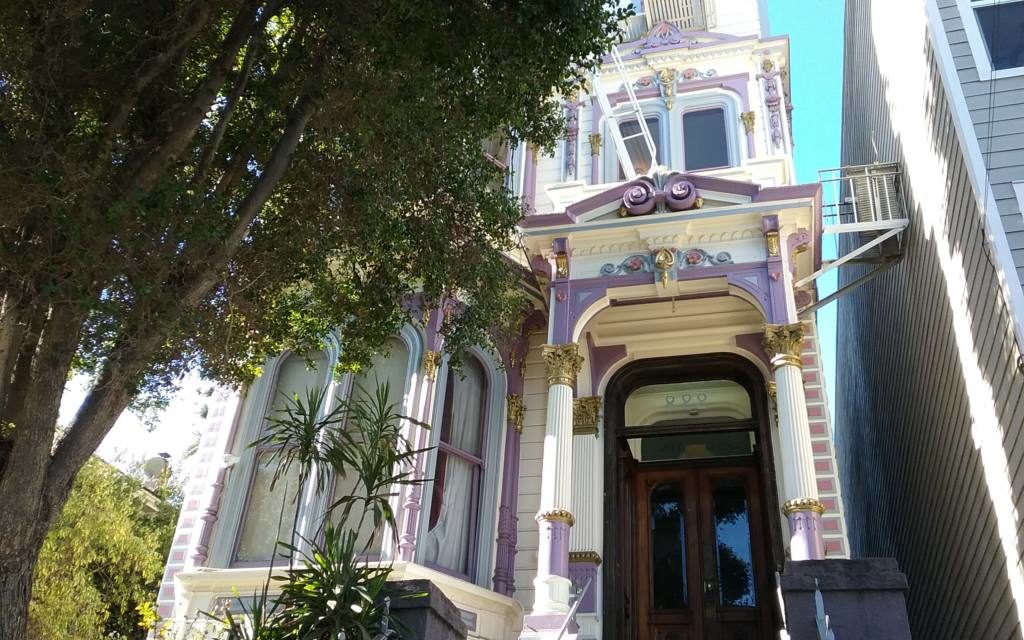 The city is scrambling to place more than a dozen residents of South Van Ness Manor by Nov. 30. Photo by Joe Eskenazi

On Monday, Mayor London Breed announced the city will purchase South Van Ness Manor, a 29-bed licensed Board and Care facility in the Mission, following months of struggle to relocate its longtime residents.

At present, only six of the 27 residents remain in the facility. Former residents were last year relocated to other facilities, within and outside the county.

Analyn Parangan, the facility’s administrator, said in November that she planned to close by Dec. 1, but  was “willing to continue to operate the facility until all residents have been relocated,” according to a November 2019 facility evaluation report.

Julian said she and the building owners received the city’s Letter of Intent of Purchase sometime last week.

The 129-year old house was initially listed close to $5 million, but it’s unclear how much the city has agreed to pay.

“The City is currently in negotiations with the owner of South Van Ness Manor regarding its purchase,” according to Breed’s statement.

Julian said that all parties are currently waiting for the final appraisal of the property, which is expected to arrive sometime in early March, or 30 days after the Letter of Intent to Purchase was submitted last week.

“It’s a difficult transaction and listing for me,” said Julian. She said that aside from the city going through hoops in its different agencies to make the purchase happen, the family that owns the facility is also “very selective on who’s gonna look at the property.”

The Parangan family has been operating the residential care facility at 822 South Van Ness Ave. since 1981.

District 9 Supervisor Hillary Ronen said that the city could not afford to lose the 29-bed residential facility. “In fact, with Mental Health SF, we committed to move forward so that the conditions that people see on the streets everyday will no longer be their reality or our reality in San Francisco,” she said.

“Right now we have enough clients who need placement that even if we didn’t bring a single person back to South Van Ness, we can still fill it with new people,” said Jennifer Esteen, a psychiatric nurse helping secure placements for patients at South Van Ness Manor.

Down from almost 1,000 board-and-care beds operating in the city in 2013, there are fewer than 600 currently, according to Ronen.

“It’s just becoming financially infeasible that the programs are operating at a loss, even though the city has provided a subsidy for clients,” Ronen said. “It’s not enough to survive.”

Ronen called the purchase a  “no-brainer priority for the city.”  She credited community pressure and pressure from providers in pushing the city to make the purchase.

Once the property is purchased, Ronen continued, the city will accept applications from “anybody who’s interested in operating the facility” and it will go through a competitive process before the Department of Public Health awards the contract.

Along with the news release of the city’s intent to purchase South Van Ness Manor, Breed also announced that the city has secured a $3.94 million loan from the Mayor’s Office of Housing and Community Development to fund its purchase of Grove Street House, a nine-bed, 60-day residential mental health treatment facility located in North of the Panhandle.