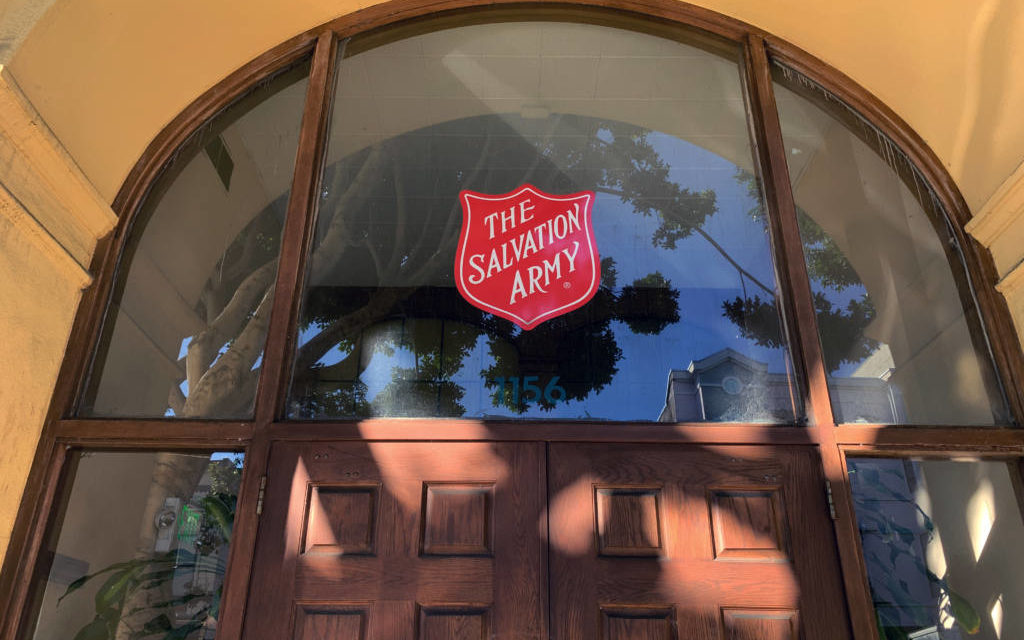 The Salvation Army at 1156 Valencia St. Photo by Loi Almeron

Neighbors of 1156 Valencia St. said they are waiting to hear more at Monday night’s community meeting, before making up their minds about plans to convert the Salvation Army property a stone’s throw from 22nd Street into “the City’s first Community Hummingbird Place” shelter for homeless residents with behavioral health issues.

“Right now we have no comment either for or against the proposal, as we’d like to stay open to ideas until we have all of the facts at hand,” said Sean Quigley, president of the Valencia Corridor Merchants Association.

District 8 Supervisor Rafael Mandelman introduced a resolution to approve and authorize the Department of Public Health to lease the Salvation Army property for $404,000 per year and use it as a 30-bed, 24-hour behavioral health respite center for homeless people for the next three to five years.

Although some neighboring business owners said they did not know about the proposal and Monday night’s 6:30 p.m. meeting at 1156 Valencia St. But, when asked about it, they said they were anxious to know more.

“I trust that the city will make sure to do the right thing,” said Laura Ash, owner of Scarlet Sage Herb Co., located at 1193 Valencia St., about 200 feet away from the proposed Hummingbird Place shelter.

Ash said she and her staff have talked about the gravity and importance of addressing the issue of homelessness in the city. They plan to take part in Monday’s community meeting to learn more about the proposal, she said.

Homelessness “deeply affects my community,” she said. “We can figure out the best way to address it together.”

Erin Mundy, legislative aide to Mandelman, said the supervisor has looked for sites for since taking office more than a year ago. The proposed site lies close to the border of District 9, which already holds a large portion of the city’s shelter beds.

Currently, more than half of treatment beds being offered by the Health Department through FindTreatmentSF are in District 9. Mayor Breed’s goal of opening over 1,000 shelter beds in the city will put one in four shelter beds in the Mission as well this year.

The Health Department said that its outreach workers started going around the two-block radius of the property last week to distribute flyers about the proposal and the upcoming community meeting. But most of those interviewed did not know about the project yet. Outreach workers will continue to hand out flyers today.

Mandelman said the facility would be like a traditional navigation center that “allows people to come in with partners, companion pets, and possessions, and provides essential services like laundry, access to showers and bathrooms, food and snacks, and a day drop-in program.

Mundy said that The Salvation Army “ultimately plans to have affordable housing” at the Valencia location, but that’s still far down the line. So they took the opportunity to lease it as a Hummingbird Place for the next few years, she said.

“Glad to see relief coming to our neighborhood,” Beth Burkhard, a resident commented on Mandelman’s Facebook post about the shelter. “And hope this model pans out as a way to handle issues in our community within the community.”

“Are you for or against this on Valencia Street?” one wrote. “I’ll be at the meeting to gather more info. And eager to hear from others,” another commenter answered.

Mundy said that the community has been “generally open-minded” about the proposal so far. “We want to make sure we’re working with the Department of Public Health to mitigate and address some possible negative impacts and concerns that we  anticipate.”

“We have to see what the people would say on Monday,” she said. Mundy said that they are open to hosting smaller meetings to further discuss the proposal as well.

The only Hummingbird Navigation Center that exists today is a 29-bed facility located on the General Hospital campus on 23rd and Potrero Avenue.

“Though the 30 beds being proposed at 1156 Valencia would more than double our current stock of Hummingbird beds, it still barely scratches the surface of the overall need,” said Supervisor Mandelman. “That said it is a step in the right direction.”

The Department of Public Health plans to open the Valencia Community Hummingbird Place later this spring.

The resolution is now assigned to the Board of Supervisors’ Budget and Finance Committee for approval. 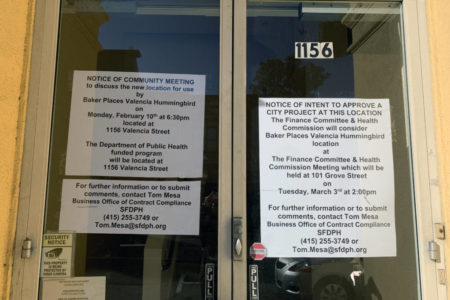