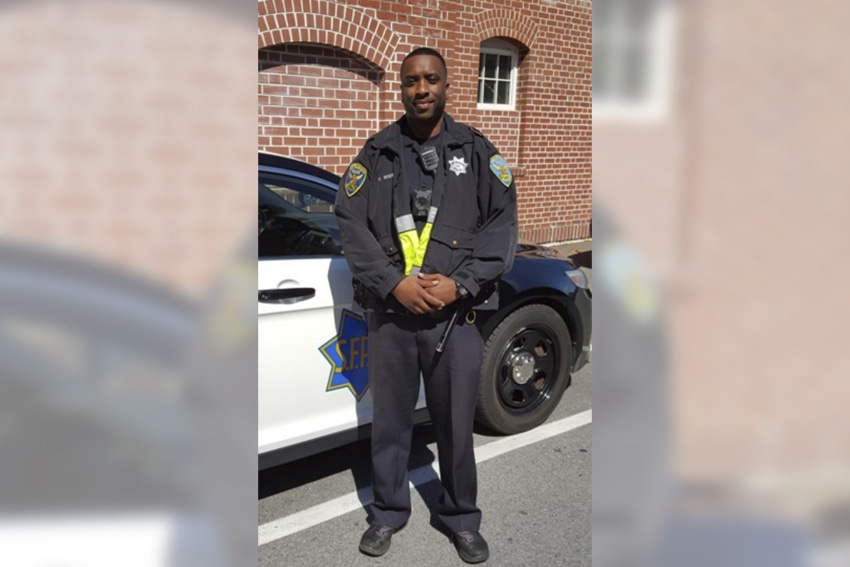 A San Francisco Police officer has been allowed to remain with the SFPD, despite being criminally convicted of both driving drunk and accessing a confidential law-enforcement database for personal use, court records obtained by Mission Local show.

Whitfield was first arrested in April, 2012, for driving recklessly with a blood alcohol content of .15 or higher — nearly double the legal limit.

The same night, and in the same location, his girlfriend at the time, Donna Campbell, was also pulled over for driving under the influence and charged with possession of a firearm. She told officers it was Whitfield’s gun and that she was holding it for him, according to court records. It’s unclear whether it was a department-issued firearm.

Whitfield ultimately pleaded “no contest” in August, 2012, to driving under the influence of alcohol or drugs, driving with a blood-alcohol of .08 or higher, and driving on the highway with “willful and wanton disregard for the safety of persons and property.” A judge sentenced him to 20 days in jail and three years’ probation — with an option for the Sheriff’s Work Alternative Program.

One and a half years later, Whitfield again broke the law. This time, however, Whitfield used his powers as a police officer to do so. On seven separate occasions, Whitfield accessed the California Law Enforcement Telecommunications System (CLETS) to obtain confidential information on three individuals involved in a child abduction case in San Joaquin County, according to an arrest warrant application written by Sgt. Joseph Minner of the SFPD’s Internal Affairs Division.

The people at the center of the case were none other than Whitfield’s girlfriend at the time, Donna Campbell, and her adult daughter, Adonayi Campbell. Whitfield accessed criminal and Department of Motor Vehicles information of his girlfriend five times, once for the criminal history of Adonayi, and for the criminal history of Leo Fountila who shared a child with Adonayi, according to the warrant.

It’s unclear why Whitfield accessed the information and how he used it. In May 2015, Whitfield pleaded “no contest” to one misdemeanor count of “unauthorized computer access” and was sentenced to 60 days in jail — with an option for the Sheriff’s Work Alternative Program.

A portion of Whitfield’s case was detailed in an investigation by the Sacramento Bee, one of the newspapers that reviewed and published a list of 12,000 current and former California law enforcement officers, as well as people who applied to be in law enforcement, who had been convicted of crimes.

It was one in a series of reviews that found one in five police officers on the list are still with their departments or remained on the job a year after sentencing.

The Bee’s review of the list showed that more than 1,000 California officers have been found to have misused the CLETS system that Whitfield accessed. In its abbreviated account of Whitfield’s transgressions, the Bee reported that Whitfield had been accessing the system “as a favor to his girlfriend.”

SFPD spokesman Sgt. Michael Andraychak confirmed that Whitfield is still with the department and assigned to the “field operations bureau,” which means he works in one of the district stations. As of October 2018, Whitfield was stationed in the Richmond District, according to a station newsletter.

As for whether the SFPD has policies around law enforcement officers being convicted of crimes, Andraychak said the department’s policies set forth “guidelines for officer conduct as well as the investigation and evaluation of cases of alleged misconduct and determination of appropriate penalties” if investigators find an officer has violated department policy.

If that happens, “the Chief of Police and the Police Commission may consider the severity of the offense, the accused employee’s disciplinary history, the number of violations included in the allegation as well as other factors, when deciding on penalties.”

It appears Whitfield’s actions did not rise to the level of termination — and, when asked, the department wasn’t able to articulate why. Whitfield, for his part, did not immediately return a message seeking comment.