For this ex-cop, the drive to get homeless, addicts, and mentally ill out of the criminal justice system is personal 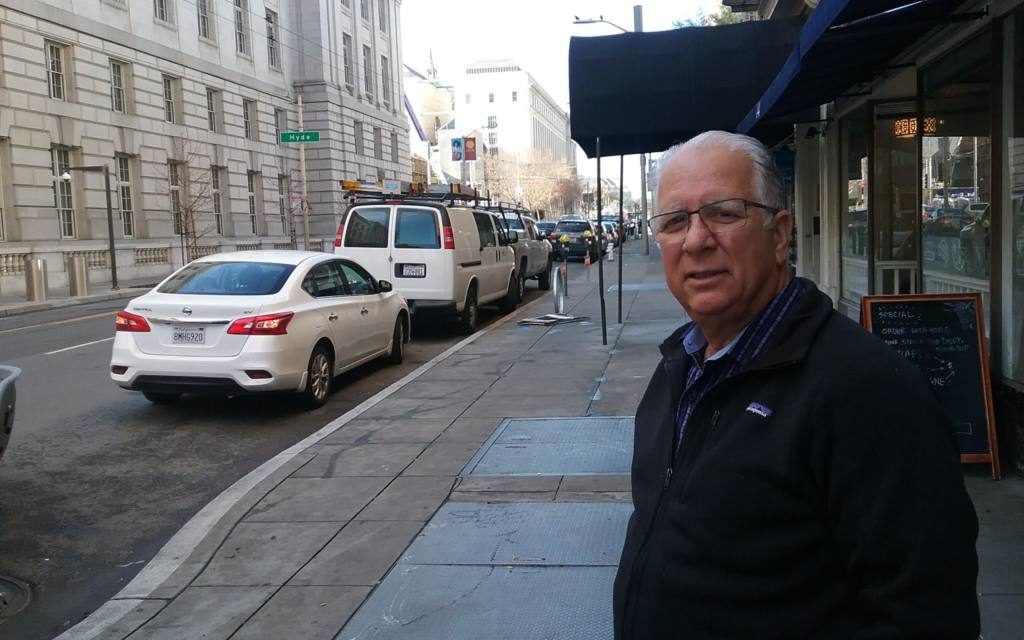 Retired SFPD Captain Al Casciato came up with a Navigation Center-like facility way back in 1994. It took 21 years for the concept to catch on. Photo by Joe Eskenazi

“I was sad it took so long,” says the 70-year-old. “For too long we’ve put the public and police at risk by not proactively dealing with the mentally ill on the street.”

For too long, San Franciscans have turned a blind eye to the suffering around us. When it grew impossible to ignore, the solution was to call the cops, and move the homeless along: Out of sight, out of mind.

For Casciato, however, the homeless and suffering were never out of mind. His own brother, for years, was both homeless and addicted. Incarcerating people like this — neglecting them until they broke the law, hurting themselves or others, and then hauling them to jail and branding them with a criminal record — never made sense to him.

That’s how he felt as a lieutenant and later a captain at Mission Station in the 1980s, where one of his fellow officers routinely rounded up his own father, a habitual Valencia Street inebriate. The old man eventually drank himself to death. So many of them did.

That’s how Casciato felt in the 1990s when, along with Lt. Frank Hutchins of the Sheriff’s Department, he proposed a place where homeless, addicted, and/or mentally ill people could be taken, and receive treatment from service providers. “These people shouldn’t be in jail,” is what Casciato remembers Hutchins, who died in 2010, saying at the time. “What if we had a facility?”

In classic city style, nobody said no, but nobody said yes either. So it didn’t happen. This Navigation Center-like concept wouldn’t come to fruition until more than 20 years later; the land Casciato and Hutchins hoped to build it on instead now houses Oracle Park.

Casciato, the former president of the Police Officers Association, has similar views on this matter as the Coalition on Homelessness.

“Cops are being put into a role to be first responders but their hands are tied,” says Kelley Cutler, the coalition’s human rights organizer. “They are not social workers. They are not social service providers and they do not have access to the resources. So many cops tell me they just wish there was somewhere folks could go. It’s a complaint-driven system and you can move people along to the next block — but they don’t just disappear.” 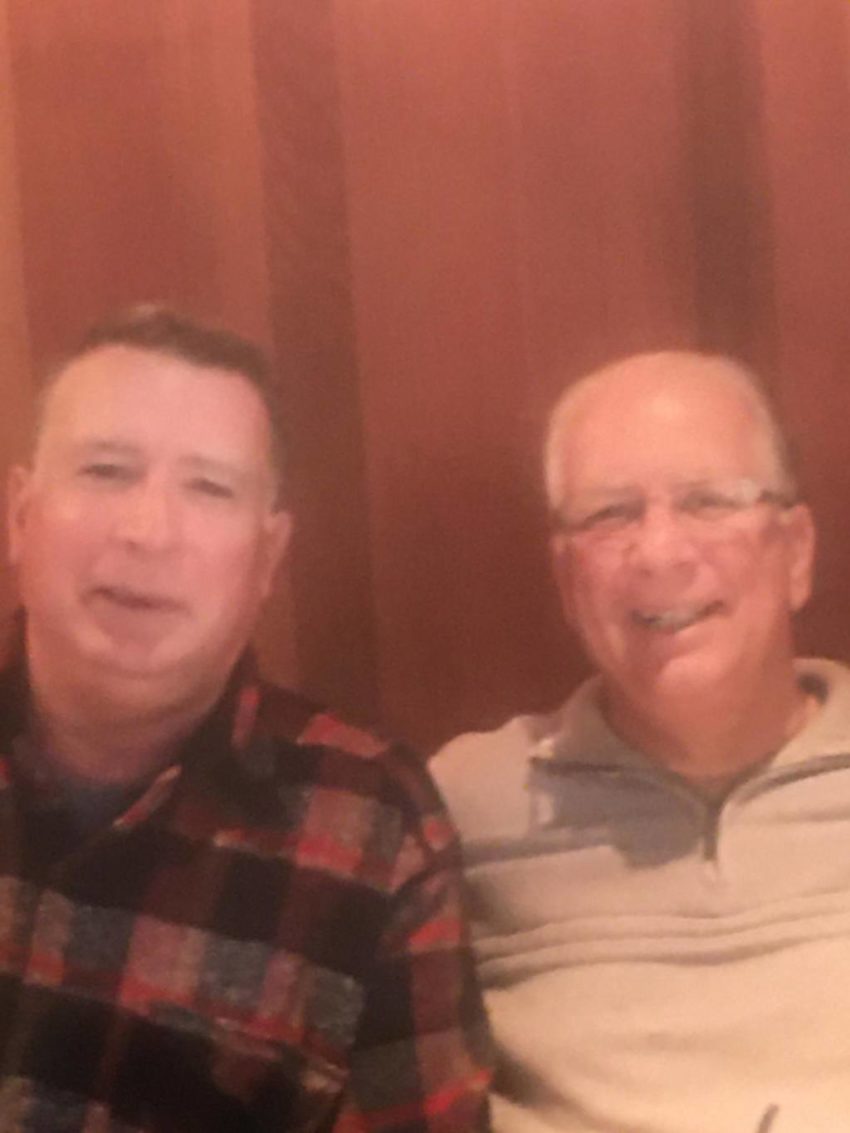 Jose and Al Casciato in a recent photo.

Casciato’s family story is so archetypically San Franciscan, a writer who made it up would be accused of being on the nose. His father was an Italian immigrant; his mother was an El Salvadoran immigrant. The family lived in the Excelsior, a stronghold of immigrants populated, in large part, by Italians and Salvadorans (though less often in the same household). He attended Sacred Heart High, City College, State, and joined the SFPD in 1971.

Jose Casciato, seven years Al’s junior, took a different path. He was dabbling in drugs by high school and, when he graduated, his older brother helped him land a job as a tow truck driver. It was a profession he held for more than 30 years — even while other facets of his life disintegrated.

“I was doing drugs and drinking, but I always had a job,” says Jose Casciato. “Every once in a while, I’d fail to go to work. That was usually after Niners games when they were winning Super Bowls in the early 1980s. But the disease — I call it ‘the disease’ because that’s what they taught me in rehab — was under control.”

A weekly red-and-gold binge, however, became something that happened every other day. Then every day. And then: Meth.

Casciato moved from a house to an apartment to a trailer on a towing yard to the car Al and their sister, Julie, provided him. After he lost his last towing job, he lived in the vehicle, parking in shopping centers and keeping a low profile.

And then he got arrested. “We are Real people!” reads a sign posted by a homeless camper on his tent in July 2016. City officials planned to kick out campers on Division and Bryant streets the next day. Photo by Joe Sciarrillo.

For Al Casciato, his personal and professional worlds were colliding. But for Jose Casciato, busted for meth possession, his world was collapsing.

Al Casciato has stories about so many homeless addicts he and his fellow officers couldn’t help. They acted out. Went to jail. Died. That could’ve happened to his own brother. But it didn’t.

“The officer was taking me to jail and he said, ‘Dude, you should see yourself now,’” recalls Jose Casciato. “I had just turned 50. He told me that ‘If you don’t stop doing what you’re doing, you’re gonna die.’”

Did this act of compassion turn around Jose Casciato’s life? No. Plenty of cops are compassionate — but that’s not enough. That’s certainly not enough when they’re being tasked to solve health problems using law-enforcement tools.

Rather, thanks to the state’s voters, first-time drug offenders like Jose Casciato were eligible to skip incarceration if they enrolled in treatment programs. And did this act of compassion turn around Jose Casciato’s life? No. Those outpatient programs didn’t go far enough; if he was tested every three days, he knew how to get bombed for the two-and-a-half days prior.

The “treatment on demand” that could benefit so many San Franciscans wasn’t available then and it isn’t available now. In the end, Al and Julie Casciato put Jose into a residential facility in the South Bay. He’s been clean since Nov. 5, 2007. He lives in the hills of South San Francisco and gets to work at the airport every day at 7 a.m. to move rental cars up and down the state. It’s a fun job; he drives Corvettes and Lincolns.

He’s not rotting in jail and was never branded with the Scarlet Letter of a serious criminal record.

For Al Casciato, who spent years telling anyone he could that “we need to put a front end on the criminal justice system” — a proactive, health-driven approach to save the Jose Casciatos of the world before they hit rock bottom and commit crimes that cannot be undone — his brother’s story was affirming.

But he wants to go further. Further, it seems, than the law would allow. Casciato wants to help people. He’s sincere in that. But he wants to help people who may not want to be helped. He’d like to see addicts and mentally ill people who are unable to behave rationally compelled into a triage-like facility for two weeks until they regain some control of their lives. While there they would be treated and, eventually, moved into housing.

Well, that’s easier said than done. This is a far bigger ask than the narrow conservatorship program the city hasn’t even activated eight months after it was put into place.

Even if local and state lawmakers wanted to enable even the most well-meaning, compassionate cops to force people wasting away in public into some manner of respite and treatment — they can’t.

Years ago, UC Berkeley and UCSF psychology professor Stephen Hinshaw talked to me about how, long ago, “you could get someone into a mental hospital against their will with two paragraphs from a psychologist and a judge’s order.” But not now: Myriad case law now severely restricts mental health detentions for people who aren’t threatening harm to themselves or others. “This is a great civil right,” Hinshaw said. But it’s also a Catch-22: “The people who might need help the most cannot get it.”

Every San Franciscan knows this all too well.

Few more so than Casciato. This is a barrier — as is, bluntly, this city’s rampant unaffordability and lack of housing.

“I just want to help,” he says. “How many people are dying on the streets? Hundreds. That’s hundreds of affected families.”