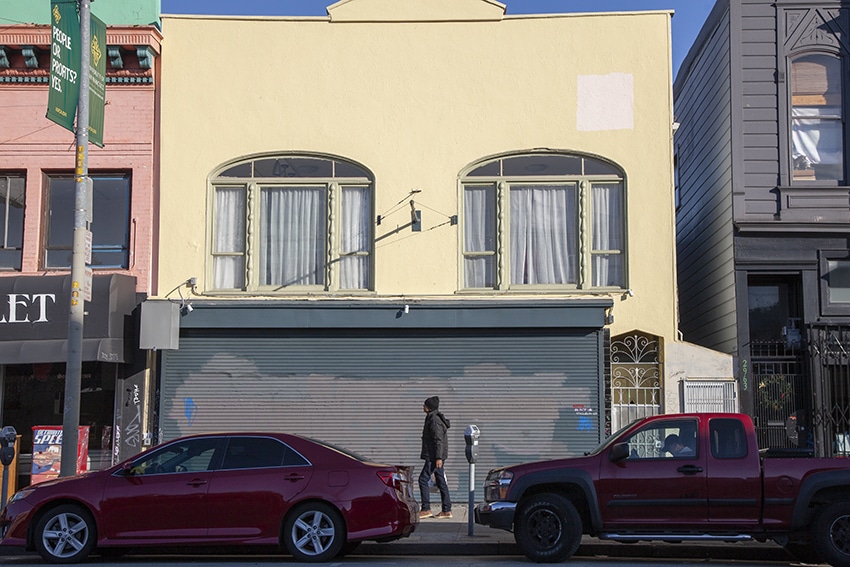 Editor’s Note: This story has been corrected for errors.

A proposed six-story development could rise on Mission Street, just one block south of 24th Street BART Station. Located at 2955 Mission St., the new apartment building would supplant a two-story mixed-use building that, until 2018, was the home of Mission Critter.

Planning documents show that the initial preliminary project assessment application was submitted on Dec. 4 and assigned for review to a city planner on Dec. 17.

The building, designed by Sternberg Benjamin Architects, would feature four studios along with a medley of one- to three-bedroom apartments spread across five floors with a larger penthouse on the top floor.

Two units of the 13 units are slated for affordable housing, and a three-car parking garage will be accessible from Lily Street. Plans also include a bicycle garage in the basement.

The building would also have one commercial unit occupying most of the ground floor.

The yellow-clad building went on the market in 2018 and sold in June 2019, for $2.3 million. The project’s sponsor is David Sternberg, one of the architects working on the proposal, and the land is owned by a limited liability company titled “2955 Mission Partners LLC”.

“This early review of the project provides sponsors with feedback and procedural instructions, and also allows staff to coordinate at the beginning in the development process,” Simi wrote in an email to Mission Local.