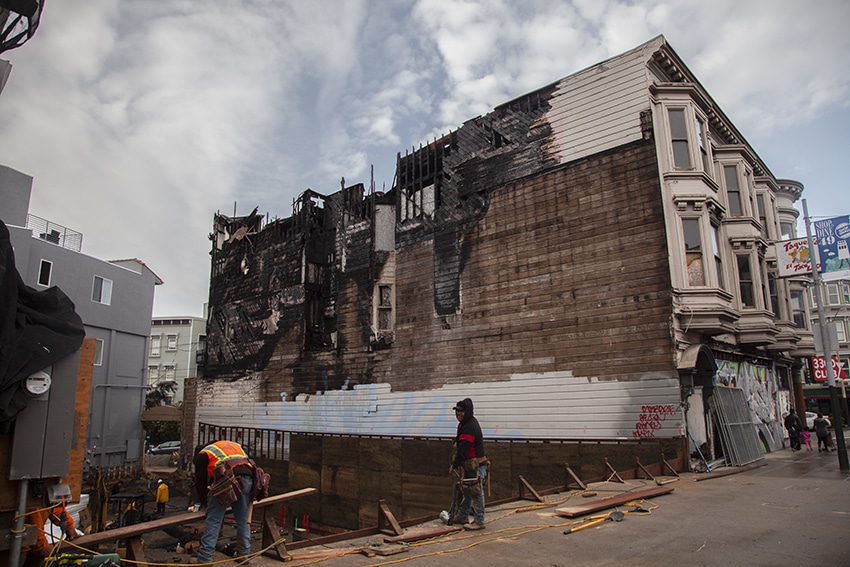 Nonprofit in talks to purchase gutted building, once home to Graywood Hotel and 3300 Club bar

Three and a half years after a devastating blaze took out much of the 3300 block of Mission Street, the corridor is inching back to life, with two new mixed-use buildings soon ready for commercial and residential tenants, and with them the possibility of a nearly rejuvenated corridor.

The intense, five-alarm fire in 2016 damaged six buildings on the block, gutting three of them — and, all told, causing an estimated $14 million in damage. More than 50 residents were displaced from a residential hotel on the corner — now the only building that no one has put work into since the blaze.

“We are thrilled to see this corner starting to come back to life!” wrote Amy Beinart, an aide to Supervisor Hillary Ronen, in a text message.

“We hope to come back into the neighborhood,” said Cole Hardware President Rick Karp. “The developer and Cole Hardware are desirous of this, as well as the wonderful community.”

But he added that, “We’ll have to see how the economics play out in the next couple of years as the building rises,” adding that the company is “delighted to learn that progress is being made with the building.”

Developer John Stricklin — who purchased the property in March 2017 — did not return requests for comment. But Beinart reaffirmed that Stricklin and Cole Hardware are in discussions.

“We are optimistic and ready to help in any way to bring Cole Hardware home to Mission Street,” she said. 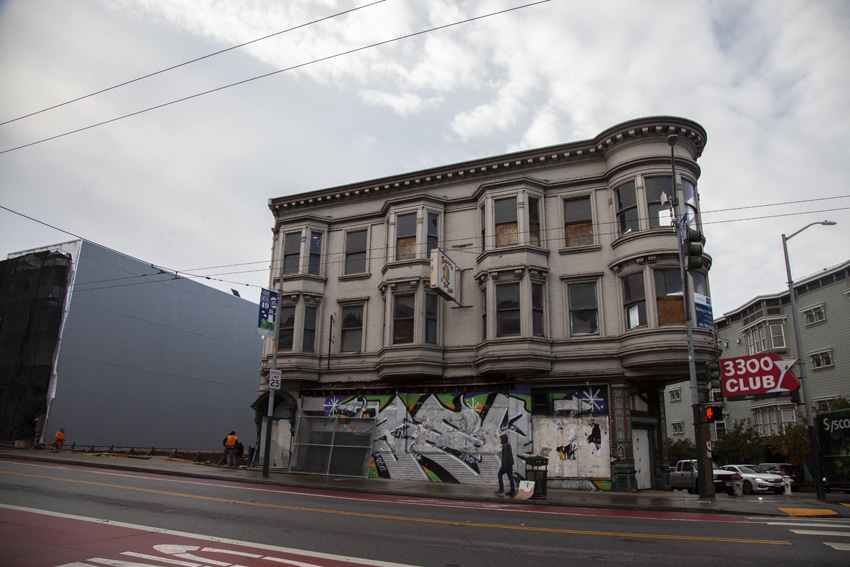 Next door, at 3318 Mission St., a two-story building that housed the Mexican seafood restaurant Playa Azul was also gutted by the fire. Like the previous building, its replacement will stand at two stories and include two housing units, with the restaurant occupying the ground-floor space. Much of the structure is built and “will be back up and running soon,” Beinart said.

Despite that progress, the two-story, 4,500-square-foot anchor of the corridor at 3300 Mission St. has sat charred and vacant on the corner of Mission and 29th. Once the Graywood residential hotel and 3300 Club bar, the building is an empty shell — its interior occupied only by pigeons who sit on its bare, skeleton-like rafters.

The Mission Economic Development Agency (MEDA), a Mission-based nonprofit that preserves and develops affordable housing in the city, is looking into buying the building. “MEDA is in talks with the owner of 3300 Mission St., as we are looking to get into contract to preserve this property as a nonprofit space for the Mission community,” MEDA spokesperson Christopher Gil. “Our plan would be to rehab the existing historical structure.”

Following the fire, some 58 residents were displaced and the bar vacated. Owner Dipak Patel sold the building in September 2017 for $2.85 million to Oak Investment Funds, an Oakland-based developer focused on restoring blighted buildings. The developer had proposed rehabilitating the building to its previous uses — including the 22 residential hotel units, the six tourist hotel rooms, as well as the ground floor space — according to Planning Department records. It would have had to offer the 22 units back to its previous tenants at the same rent, per the city’s Rent Control Ordinance.

But the plans languished. And, in September 2019, the company placed the building on the market for $3.15 million. Its managing partner, Erik Murray, has repeatedly declined to comment on why.

“Unfortunately, the developers who bought the shell of the Graywood Hotel at 3300 Mission didn’t make any progress during the three years they held the property,” Beinart said. “The good news is that they’ve put the building on the market, and we are keeping a close eye so we can work the new owners to get a project moving quickly.”

A few doors down, cannabis retailer Stiiizy — formerly La Coronita bar — is waiting for the corridor to come into full bloom. Jose Pecho, one of the store’s owners, said he looks forward to having the block filled out with homes and businesses.

“We definitely need more homes — affordable homes,” Pecho said. “We have business, but if people have to come from miles away, it’s harder and harder.”

Asked if he’d like to see the 3300 Mission building brought restored as a residential hotel, Pecho said, “That would be wonderful.” 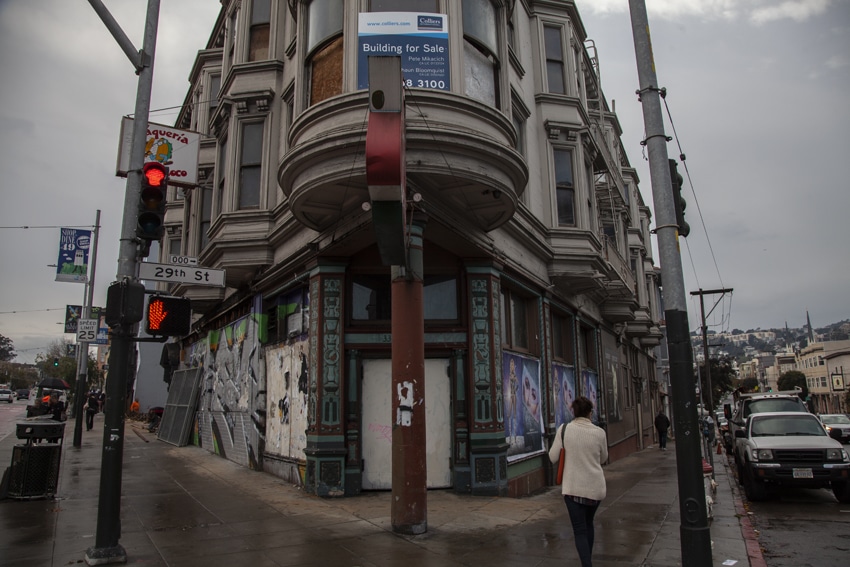 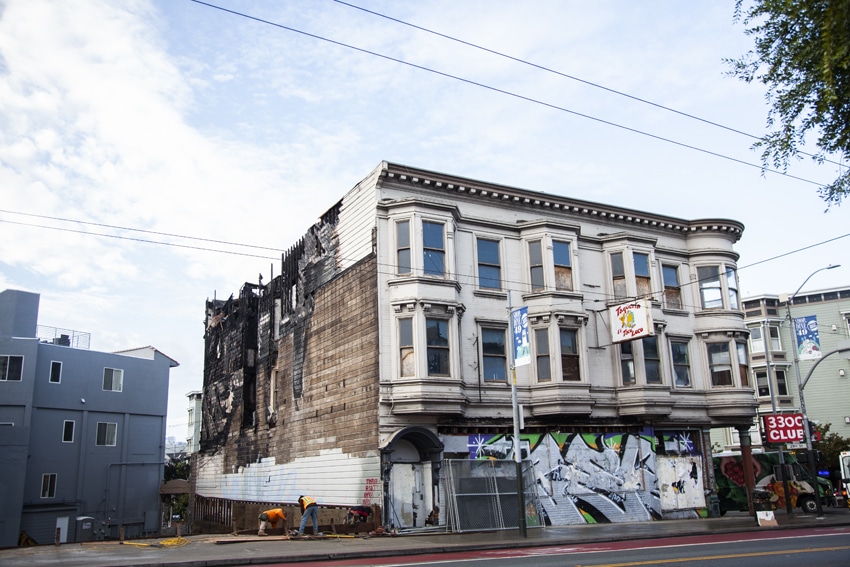 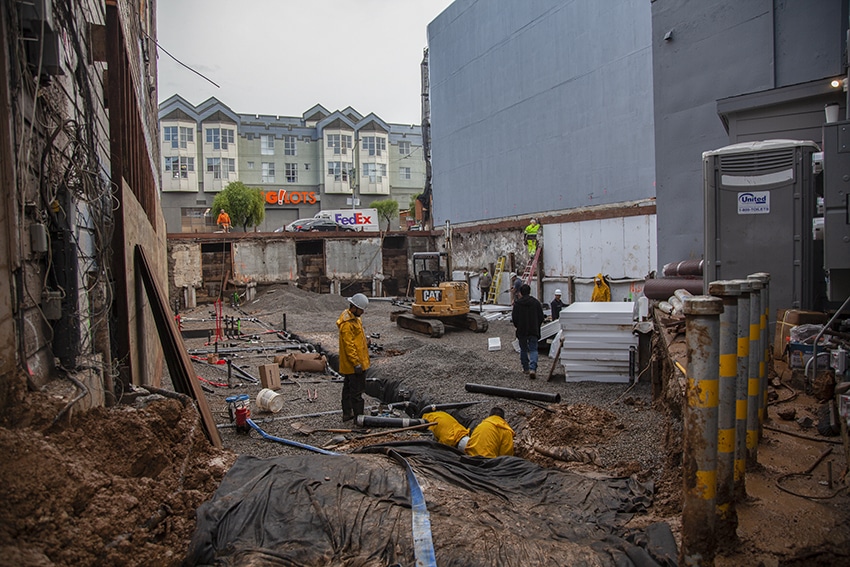