A formerly homeless man is taking the San Francisco Police Department to court over a 2018 incident in which the man was celebrating his new employment at a festive dinner when a police officer allegedly attacked him for no apparent reason, sending him to the hospital with a broken leg and ankle.

Clifford Bonnet, 46, additionally ended up jailed on charges that were later dropped.

Bonnet filed his lawsuit last week in the U.S. District Court of Northern California against the City and County of San Francisco, the SFPD, and SFPD Officer Jordan King for the incident that took place last year at the Westfield Mall.

The lawsuit alleges that, on Oct. 20, 2018, Bonnet went out to dinner at Bazille, a restaurant in Nordstrom’s at the mall. Bonnet was allegedly celebrating a new job and his journey out of homelessness. He ordered a steak — though when he asked for a steak knife, the restaurant’s management first denied him a knife and then delivered him a large chef’s knife that wasn’t suitable for eating.

The restaurant’s management then told Bonnet to leave, the lawsuit charges. Mall security was called, and soon after, SFPD Officer King arrived. King allegedly told Bonnet to stand up, and Bonnet allegedly complied.

King allegedly “twisted” and “contorted” the 135-pound Bonnet, breaking his left tibia and ankle. Bonnet allegedly passed out, but was nevertheless forced to stand up by King, who handcuffed Bonnet. Paramedics transported Bonnet to San Francisco General Hospital, where he purportedly waited six hours to be treated. The suit states that doctors there said Bonnet required emergency surgery for his injuries — yet was released back into SFPD custody. He did not receive the surgery and, instead, spent three days in county jail.

Bonnet was booked for resisting arrest and battery on a peace officer, said District Attorney spokesman Alex Bastian — but the DA did not pursue the charges.

After his release from jail Bonnet received the surgery needed on his leg, according to the lawsuit.

“We’ll review the lawsuit thoroughly when we’ve been served with it, and respond accordingly in court,” said City Attorney spokeswoman Meiling Bedard.

Bonnet — alleging violations of his Fourth Amendment rights, as well as negligence, excessive force, and battery on the part of Officer King — is suing for general monetary damages, punitive damages against King, wage loss, and other damages.

“This incident is only the latest to a collection and trend of excessive force incidents committed by SFPD officers who are not facing any punishment as a result of their dangerous and unjustifiable actions,” the lawsuit states.

The complaint noted the case of Brandon Simpson, whom the city awarded $50,000 in a settlement, for an incident where four officers beat him on the street in the Tenderloin in December 2015. It also mentions the case of Sean Moore, a mentally disabled man whom police officers shot on his front porch in January 2017, severely injuring him. That trial is set for April. 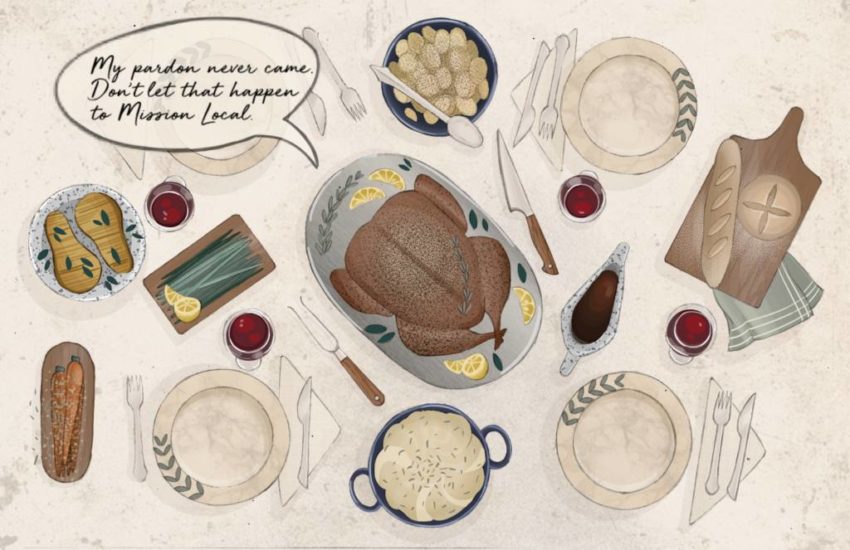