Joey Mucha shoots a basketball inside his arcade business. Photo by Abraham Rodriguez.

After weeks of rescheduling, the San Francisco Planning Commission last night approved a new arcade and restaurant at 3252 19th Street at Shotwell. Called Joey the Cat, it could end up being the Mission’s take on Chuck-E-Cheese or Dave & Busters.

By a four-to-one vote, the commission late in the evening quashed a discretionary review filed by community activists, and approved the business after months of delays. Joey Mucha, the owner of Joey the Cat, said he was excited to have the permits to move forward.

“The whole purpose of this was to legalize this place and provide transparency,” Mucha said.

Kevin Ortiz, a Mission native and community activist, on July 25 filed a discretionary review against Mucha’s plan — essentially a function neighbors can use to ask the commission to take a second look at a project. Speaking first, he argued that Mucha had been using his space as an illegal private party venue and highlighted applications that Mucha later withdrew for an alcohol permit.

He accused Mucha of circumventing city codes to host private events for $2,500 a night, even after receiving notices from the city demanding he cease hosting parties.

“This is not ‘I’m a small little business owner,’” Ortiz told the commissioners. Rather, Mucha “is intentionally breaking planning code even after he was told to knock it off multiple times for the last five years. That is not a good faith actor.”

Ortiz was critical of the traffic issues the arcade might create and the addition of more alcohol businesses in the Mission. The arcade was not intended for families, he claimed, but for corporate companies and affluent techies.

“It’s hosted private tech parties that are being catered for Uber, Lyft and AirBnB,” he said.

Mucha, speaking on his own behalf, said he had planned to add a restaurant and applied for alcohol sales because he believed an arcade business alone was not viable. He assured the commission that the plans called for a full kitchen and food service and it wasn’t just a quick fix.

“This is going to be a place where you go to eat, drink and play,” Mucha said.

Roughly 20 people offered public comment in support of Mucha. Steve Fox, the owner of Urban Putt on South Van Ness and 22nd, said that in the years he’s been running his establishment, he’s never had a complaint about alcohol or traffic issues. He also stated that without alcohol sales or the restaurant component, Urban Putt would not survive.

Joey Mucha in front of his skee-ball machines. Photo by Abraham Rodriguez.

Many of Mucha’s supporters derided the processes used by the city to allow new businesses to open, with one even calling San Francisco the “worst [place] in Canada and the United States” to open up a business.

That drew the ire of Commissioner Dennis Richards, who first apologized for being cranky but then unloaded on the audience. He offered a choice to those criticising the city’s planning process: if you want to get rid of discretionary reviews, then talk to your supervisor, or collect signatures and throw it on the ballot to get.

“I’m tired of hearing about why San Francisco is so bad. Do something about it,” Richards added.

Some nine hours into last night’s meeting, the commissioners required less than nine minutes to debate the discretionary review, finding that the proposal fell within current zoning.

Four commissioners voted in favor of dismissing the discretionary review and approving the project — including commission President Myrna Melgar, who is Ortiz’ boss at Jamestown Community Center. She did not recuse herself from the vote.

“We have seen all kinds of changes in our neighborhood resulting from income disparity. It’s hard to see the effects of displacement, the loss of cultural space and accessibility,” Melgar said. “But I don’t believe this project does any of these things.”

Only Commissioner Richards voted to uphold the review, saying that he sided with the community because Mucha had held parties on the site before having a permit. But Richards added “I love pinball,” making his decision seem lighthearted.

Mucha, as he left, looked relieved. He had amassed a list of almost 60 supporters but only about half showed up — including his parents who live in Oregon and his wife and month-old daughter.

“That was a whirl of emotions. There was a lot of reasonable thought from the commission, and obviously I’m over the moon I can move forward,” Mucha said as he exited City Hall with a crowd of friends and family.  “It’s a victory for small business.”

Kevin Ortiz and the remaining activists at the hearing did not offer any comment to Mission Local.

Mucha told Mission Local in early November that he had been intended to apply for a change of use permit at this building to open as an arcade and restaurant, which is located in an area zoned for urban mixed use. Urban mixed use zoning allows for alcohol, restaurants and entertainment businesses to operate without applying for extensive permits, requiring a basic change of use permit.

Mucha’s family purchased the building in 2014.

Two other projects with their origins in the Mission went before the Commission: an expansion of the Community Music Center at 544 Capp St. near 20th St. and a new cannabis retail proposal at 2934 Cesar Chavez near Bryant Street.

The music center had applied to convert a Victorian house next door to its site into a secondary facility for its music program, and worked with activist consortium United to Save the Mission to find a good middle ground. The two groups came to an agreement and had zero opposition at the hearing. Commissioners approved the proposal with a unanimous vote.

Faizon Shaikh applied for a conditional cannabis retail permit in April with the hopes of turning a tiny, 150 square foot retail store at 2934 Cesar Chavez into the smallest cannabis store in the city. Shaikh told Mission Local in October he planned to call it Mobudz.io and said he “meticulously did everything we could to get it right.”

That plan was also approved. 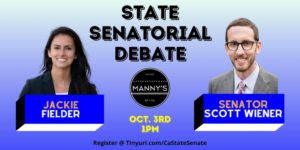 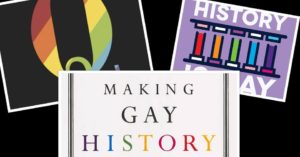 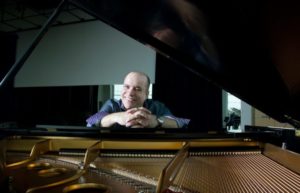