Galeria de la Raza’s new home — and the new site for HOMEY and 143 permanently affordable apartments — will break ground Friday, May 10, at the corner of 16th and Shotwell streets.

The Mission Economic Development Agency and the Tenderloin Neighborhood Development Corporation are partners in the project, named Casa Adelante, at 1990 Folsom St. Galería de la Raza was forced out of its longtime home at 24th and Bryant streets last October by a steep rent hike. The gallery and event space is operating for now at 1470 Valencia St.

“As cultural bearers, it is our duty to protect our traditions, rituals, sites, and to honor the social fabric and people that have contributed to the art & social movements of the Mission District,” Ani Rivera, Galería de la Raza’s executive director, said in a statement. “For Galería, [Casa Adelante] is a ‘renacimiento’ that offers us a permanent home where we will have the ability to build our assets and sustain over seven generations to come.”

Construction is expected to finish in 2020, and tenants should be able to move in in early 2021.

The Community Music Center will host its spring gala on Saturday, May 11 from 6:30 to 9:30 p.m. at The InterContinental Hotel San Francisco. This year’s honorees include James C. Hormel and Michael P. Nguyen, for their support of the CMC’s New Voices Bay Area TIGQ Chorus, and renowned pianist Robin Sutherland will perform. The event also includes a wine reception with performances from CMC faculty, a banquet dinner. CMC students will also entertain the crowd. Buy your tickets here.

Longtime Mission resident and Youth Speaks co-founder Paul S. Flores will debut his new theater production, We Have Iré, at the Yerba Buena Center for the Arts on Friday, May 10. We Have Iré celebrates Afro-Cuban immigrants and Cuban-Americans who have accomplished a high level of excellence in the United States, Cuba, and abroad through hard work and iré–the Lucumí condition of being blessed with positive energy.

As the show runs through May 12, the Yerba Buena Center for the Arts will also host events in which the community can meet the cast during a Cuban happy hour, take free dance classes, and more.

A scene from Priced Out.

Priced Out debuts at the Roxie

An animated series called Priced Out, about why housing is so expensive, will hold its world premiere at the Roxie Theater on Tuesday, May 14.

The six-part animated series is set in San Francisco and follows a young high school teacher and pregnant tech gig worker looking for a new place to live. Although the story is local, it applies to many major cities across the country.

Joseph Smooke and Dyan Ruiz, the co-founders of [people. power. media.], wrote, produced, and directed the series, and will be on hand at the premiere, along with the cast and crew, for a Q&A. Oscar Grande of PODER (People Organizing to Demand Environmental and Economic Rights) and Pam Tau Lee of the Chinese Progressive Association will co-emcee the event.

“Communities and organizations have been asking for years for a simple story that will change the increasingly polarized conversation about housing,” says Smooke. “While most people are distracted by the ‘YIMBY vs NIMBY’ debate, we lift the veil, exposing how the housing industry actually works.”

The Mission Branch of the San Francisco Public Library will hold its annual open house on Saturday, May 11, from 11:30 a.m. to 4 p.m. The event includes fun for everyone: a magician, bubbles, origami and a live band. The branch is located at 300 Bartlett St., at 24th Street.

Filmmakers Gonzalo Mazzini and Rosa Emmanuelli Gutierrez will be on hand Saturday, May 11 at 6 p.m. for the west coast premiere of Jurakán: Nacion en Resistencia at the Mission Cultural Center for Latino Arts. The film documents rebuilding efforts in Puerto Rico, and the movement to reclaim the island from venture capitalism and colonialism. Buy your tickets here. 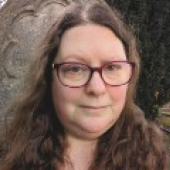