Sean Robinson, the manager at the new Golden State Barbell Club at 2310 Mission, wants to teach people “how to control their bodies, like athletes.” And, while they’re at it, lift staggering weights over their heads. Photo by Joe Eskenazi

In the Mission’s Darwinian economy, survival is a reward for the fittest. Ergo, a gym membership might be in order.

That’s what Nerissa Zhang and Sean Robinson are hoping. The owner and manager, respectively, of a new “barbell club” have opened their doors at 2310 Mission St. in the former BodyFi space, pumping a little life into a block with almost as many shuttered establishments as open ones. The official opening for the Golden State Barbell Club — and the women’s-only Bunny Barbell, which Zhang established earlier — is slated for June 1.

The distinction of a “barbell club” is a focus on Olympic-style weight-lifting. Members here are, in essence, joining a weight-lifting team and training to compete in local (or perhaps regional, or even national) weight-lifting competitions.

Weight-lifting, explains Robinson, is the art of mastering “two explosive motions” — the “snatch” and the “clean and jerk.” The former is the lifting of a barbell from the ground to over one’s head in one clean motion. The latter is a two-part process in which the bar is first raised to one’s midsection, then hoisted overhead.

That’s not for for everyone, Robinson concedes, which is why the front room of the gym will feature more general fitness devices. Group classes, high-intensity workouts, and yoga can be taught upstairs, where a series of windows allow you to see everything transpiring below on Mission and 19th while you’re perspiring. Three smaller classrooms are upstairs in the back. The ceilings are low here — Robinson notes that it’s shorter than Kevin Durant but taller than Draymond Green — so core workouts or other ground-based activities are possible. He and Zhang also plan to open a lounge and fitness library in the back for keyboard warriors who need to make one last work call or send a final e-mail.

Everyday getting a lil stronger, lil better and smarter #weightlifter#weightlifting#powerlifter#bunnybarbellclub#bunnylifts#squats#benchpress#deadlifts

The barbell community in the Bay Area is small and close-knit. Jim Schmitz, a three-time Olympic weight-lifting coach, is an advisor on Zhang and Robinson’s board. Schmitz is tight with the weight-lifting coach at St. Ignatius and, lo and behold, the prep school gifted the nascent gym a handful of weight-lifting platforms. You can still see the silhouette of the interlocked “SI” where the high school’s sticker used to be.

The barbell club has signed a three-year lease on the site, which BodyFi abandoned in November. When asked why he believes his venture will succeed when BodyFi failed, Robinson diplomatically says that the former tenant didn’t fail at all — it left many satisfied customers. Most gyms, he continues, “are class-based and weight-loss based, and we will provide that. But the main focus here is the barbell club.”

Both Zheng and Robinson worked at “big-box gyms” before venturing into the personal training business. And, Robinson says, they’ll bring a different sort of training philosophy to their gym on Mission and 19th. “Too many trainers put people through routines just to work them hard, rather than teaching them how to use their bodies,” he says. “We want to teach people how to use and control their bodies, like athletes.”

St. Ignatius Prep gifted the weight-lifting platforms to the Mission’s new barbell club — and it shows. Photo by Joe Eskenazi. 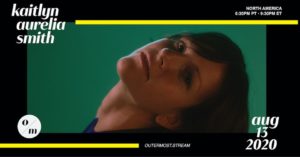