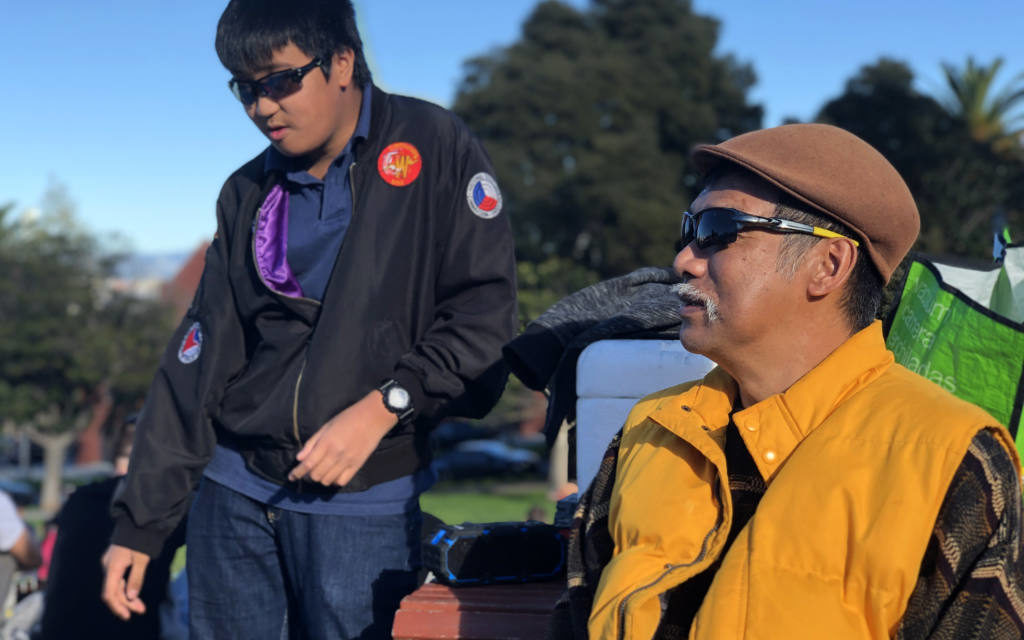 Like the bootleg CD salesmen of old, the man in the flat cap sits in a bench at Dolores Park, three speakers blasting the tunes that his audience demands. Johnny Kemp’s Friday Night it is.

At first look, he is only here for his two boys, playing around as he just hangs out. “Any moment I could bust a move and start dancing,” he says. But he is a few decades removed from moving like that. So he just shimmies and plays tickles with his youngest.

Born in the Central Coast to Filipino parents, 59-year-old Chris Ramirez grew up competing at dance-offs all over the Salinas Valley until a car accident messed up his moves. He was forced to give up the nightclub life, but the nightclub never abandoned him. His older son, 12-year-old Rosendo, seems to be picking up where he left.

“He’s the DJ here, and I’m teaching him how to read the crowd,” he says.

Regulars at Dolores Park during the weekend, the Ramirez play Suavecito and Isley Brothers during the mornings, for the elders walking the dog. Sunny afternoons are for Chris’ favorites: a 70s-80s dance music mix, including Marvin Gaye, Soul Train and C + C Music Factory. Once a shy middle schooler, Rosendo spins and body-rolls every now and then.

“My son couldn’t go to the parties and just stand next to the wall,” the proud father says. A cook at the Hilton SFO, where he has to keep the groove to his headphones, Chris Ramirez says he’s good in his job because the music gives him rhythm. He’s just happier sharing it with the people at the park.

“People here are hiding their drink, but they are drinking, just like they pretend they are not listening, but they are.” He pauses the music. Suddenly, all the looks are on us.