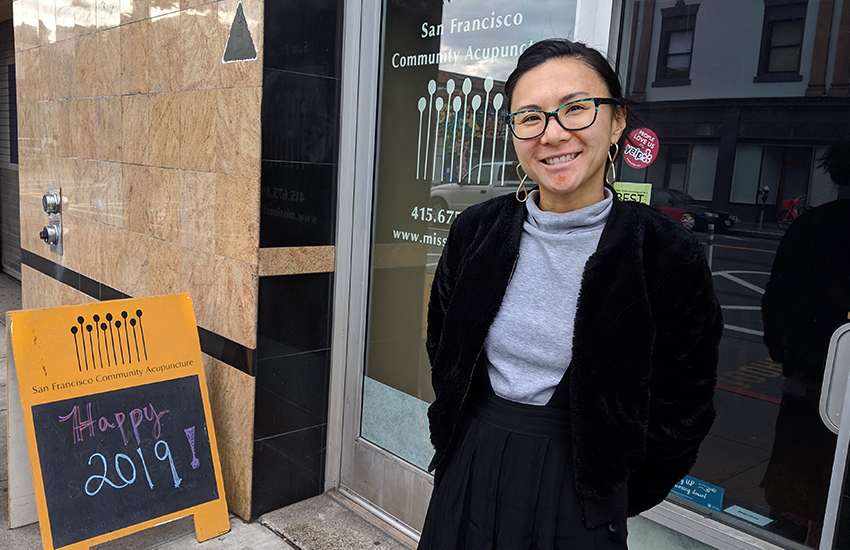 Leaning against the glass in front of San Francisco Community Acupuncture, Christy Young tips the last juices at the bottom of a plastic container into her mouth. It’s kimchi that she made herself, and “it’s very stinky,” she says. “It’s a small space in there,” she says, tipping her head toward the clinic, where she works at the front desk. “The scent goes very far.”

The aspiring acupuncturist says she’s at a crossroads in her career, deciding between attending acupuncture school or following her love of making food. “I’m trying to decide which is the passion that keeps me more alive,” says the 33-year-old.

On pursuing acupuncture, she says, “School is a little daunting. It’s four years. Most people don’t know, but it’s kind of like medical school. It is medical school. For Chinese medicine.” Christy’s parents are Chinese, but she was born in the United States. Pursuing acupuncture, she says, would help tap into a part of her culture she feels she’s missing.

And deciding between the two? She hopes she won’t have to. “It’s like I’m being pulled in many directions,” she says. “Or two directions. And I’m just thinking about how I can combine the two forces. I think there’s a way.” 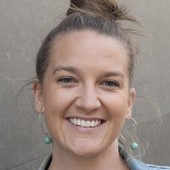