Lackluster Bears, dominated by Lowell, get lessons for the season 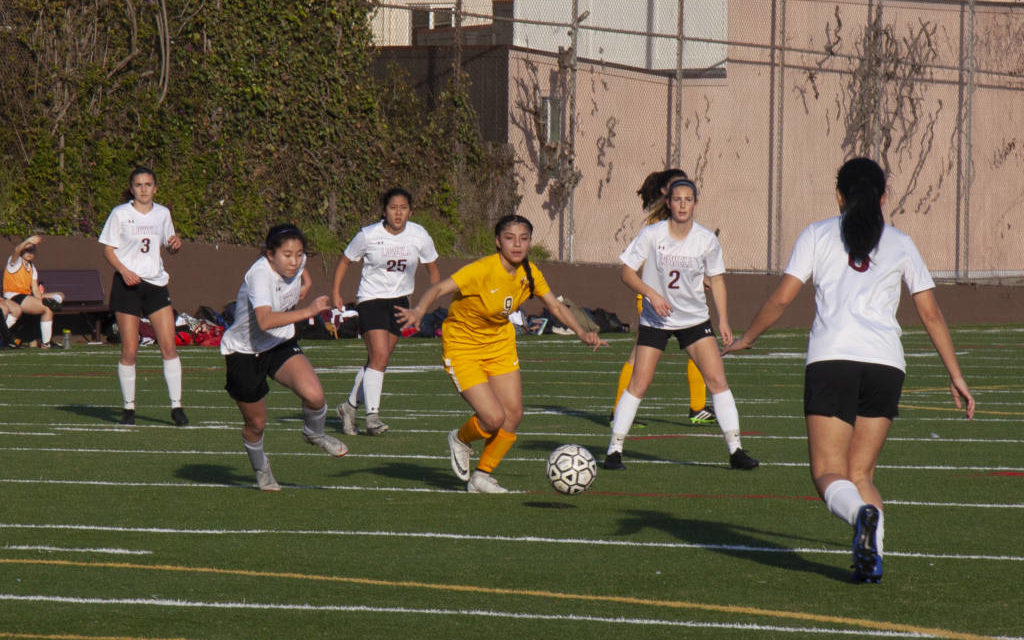 The Mission High School girls’ soccer team suffered its first loss of the season Wednesday afternoon, falling 4-0 to the Lowell Cardinals. Seemingly overwhelmed by their storied opposition, the Bears could only keep a clean sheet for 20 minutes, and barely stepped on the opposite side of the field for the remainder of the game.

After scoring 20 goals in their first four games, the Bears were expected to pose a threat to the perennial champion Cardinals, but came up short playing at home. The reasons were evident almost immediately.

“We had been winning 5-0 against other teams, and the players get confident playing a certain way once they get results,” said Mission coach Roberto Escobar after the game. “But that doesn’t always mean that they are doing the right thing.”

Mission’s run failed to last long. Propelled by sophomore left-back Ximena Herrera and freshman left-winger Lila Miranda, the Bears started the game pushing hard on that side of the field, pulling defenders away from their marks and looking for openings at the feet of senior forward Vanessa Keel. But they were also fairly passive when going for the ball, which would prove costly soon after. 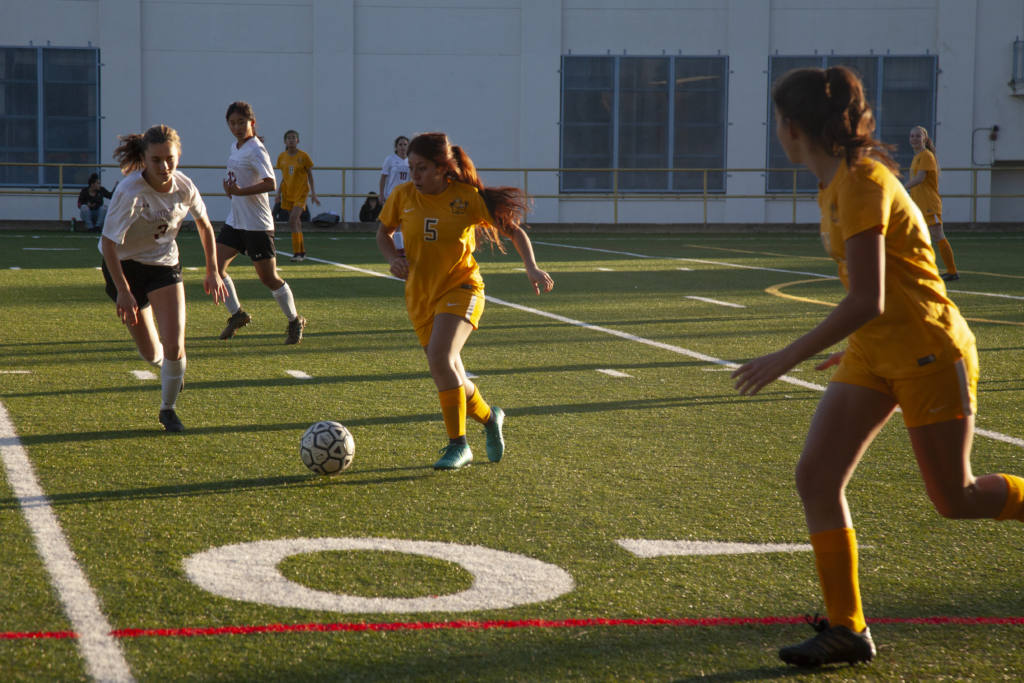 Darlin Sánchez tries to create play from the midfield, as Mission struggled to get to Lowell’s half.

It took longer for the Cardinals to find their place on the field, but once they did, their pressure quickly broke Mission’s midfield play. The Bears could not string their passes, and ended up losing the ball after a few dribbles. The Cardinals had already missed three big opportunities before scoring at their fourth chance, after a misunderstanding between Mission goalkeeper Raquel Lau and her center-backs.

The Bears were still very much alive by then, and at least the public was entertained. A 50-strong contingent of students — mostly male — cheered from the sidelines of a field without proper stands. Cheers were especially strong for goalkeeper Lau after every long clearance, and way louder after an unintentional nutmeg by Mission midfielder Liliana Medina. But Lowell’s second goal came minutes later, followed by complete disorganization in every line.

A day before, coach Escobar had taken pride in moments of remarkable tactical discipline by his team, when they moved “like a flock of birds.” On Wednesday, they could not pull this off.

“We gave up after the second goal, stopped communicating and just got mad at each other,” recalled Herrera. The Bears never quit hustling, and the relentless left-back was exemplary in the effort, if unsuccessful in bringing the team back from such depths. 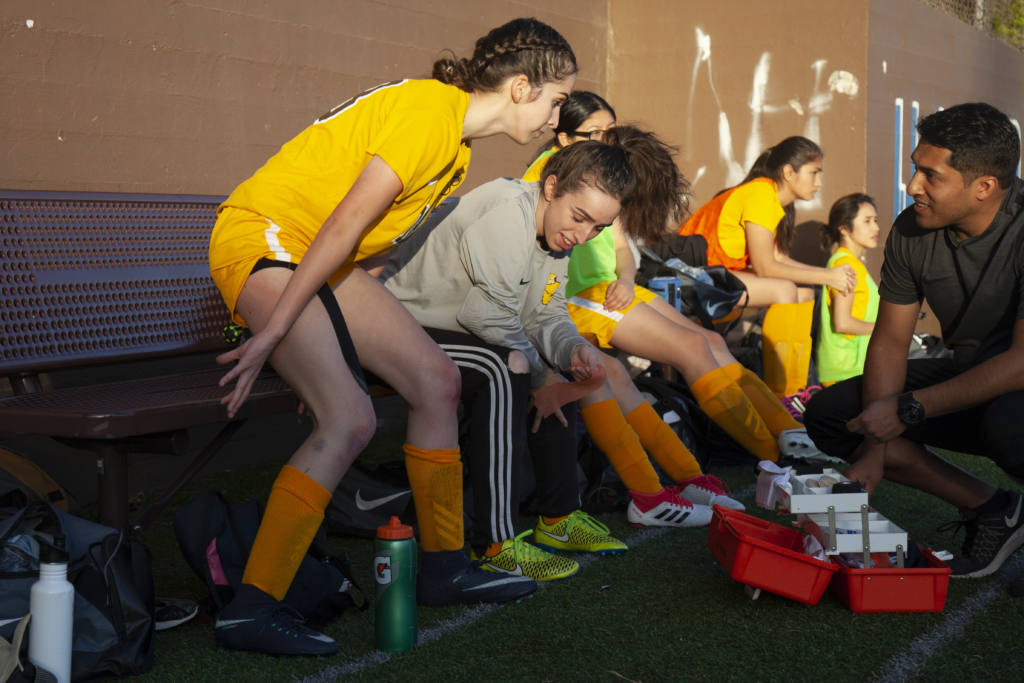 Sophomore left-back Ximena Herrera gets quick treatment for her bruises before jumping back onto the field against the Lowell Cardinals.

No speech at halftime would be able to solve these problems. Lowell was not only fitter, but much more compact as a team, stretching and compressing itself according to the situation. They could stop their attacks on one side, bring the ball back to their defenders, and reboot, a luxury Mission never had.

“This is the moment when you take control of this,” said assistant coach Chuy Gallardo during the postgame huddle. “This first loss is the result of not coming to practice. You wanted attention? You got it, and you got killed 4-0.”

The coaches tried not to dwell on the defeat, and instead looked forward to the next few games of the regular season. “Now go home and think why you got an F, so next time around you get a B, and then an A,” added striker Vanessa Keel.

That shot at a B or an A will come on Friday, when the Bears face Balboa at home (3 p.m.). Goalkeeper Daniela Herrera will make her return after a year of recovery from an ACL tear, and will push sophomore Raquel Lau back to her main position as a creative midfielder. A new beginning that could land the Bears back in the play-offs.

Lowell will be waiting.