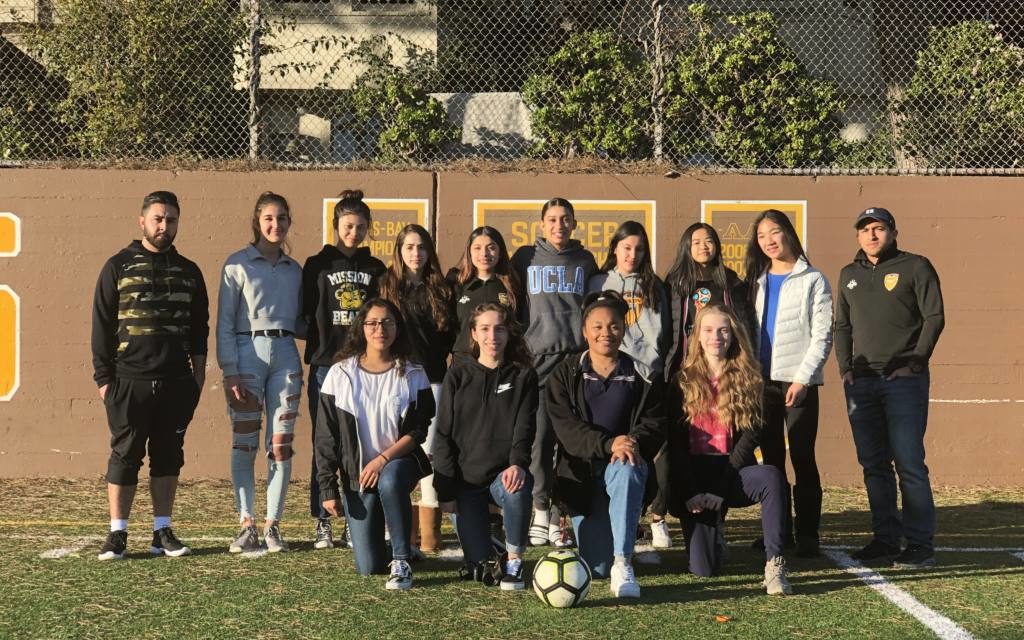 The Mission High School girls soccer team will go for a victory against perennial champion Lowell on Jan. 23.

In a regular season clash with greater significance for both sides, the Mission High School girls’ soccer team faces the Lowell Cardinals today at 3:30 p.m at Mission High.

The up-and-coming Mission team arrives 4-0 in the league to this powerhouse matchup, in a position to challenge a longstanding city tradition: that San Francisco soccer is a game where 22 girls chase a ball for 90 minutes and, at the end, Lowell wins.

As the girls’ team waited for the kick-off of the Mission High boys’ game on Tuesday, coach Roberto Escobar tried to soothe the tension while remaining realistic. “No one’s gonna give you anything,” he told his squad. Sitting down in a corner of the field, players and coaches went over Wednesday’s plans and encouraged each other to remain calm. It failed to help much.

Lowell’s own streak has been around for way longer. It has been 22 years since the last time the city’s prestigious, test-into high school lost a city title. This is what the girls’ soccer record book looks like: 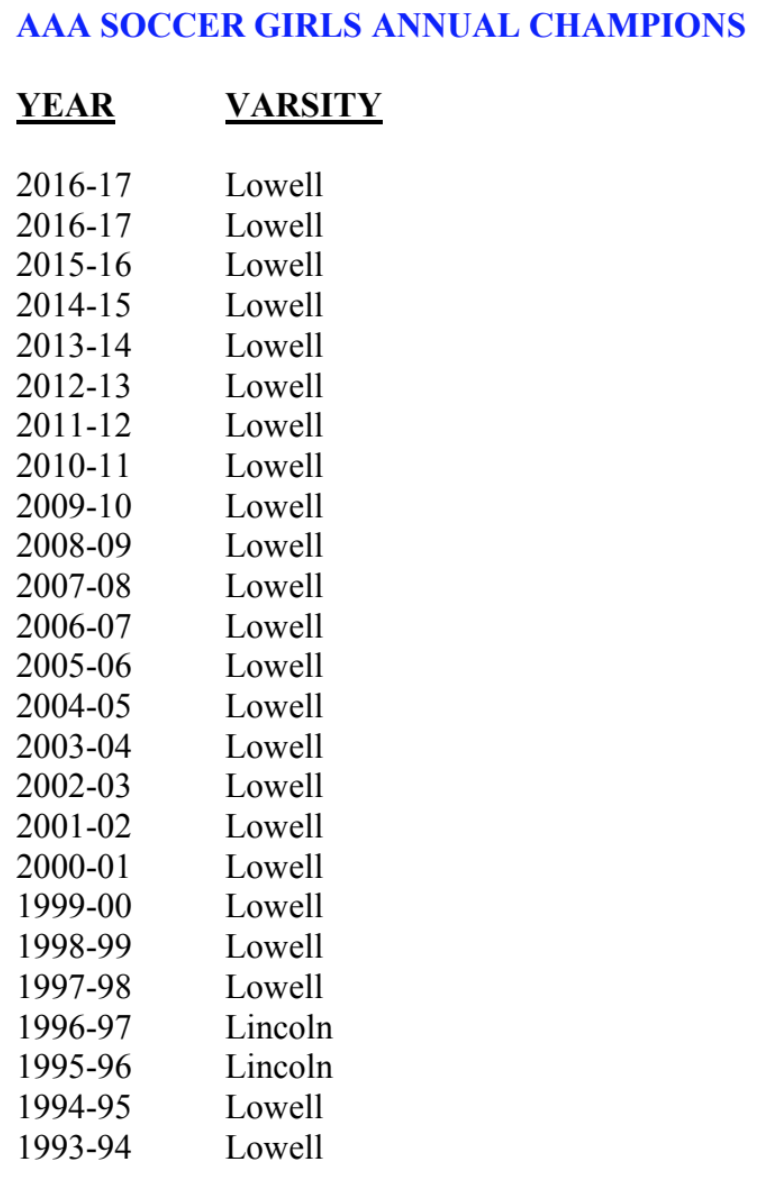 During Escobar’s four-year tenure as Mission’s coach, the Bears have gotten through most of their rivals with some effort, only to be bossed around by Lowell in the latter stages of the season.

This year, it is Mission doing the bossing, and the Cardinals paying careful attention. Both teams are still undefeated in four league matches, and both have scored 20 total goals in the four games.

“The coaches are definitely pushing us a little harder, creating new plays, and changing our perspective, showing us that we’re here for ourselves,” said junior midfielder Viviana Montes.

The coach attributed Mission’s progress to the number of girls with years of soccer experience joining the program in the past few years. A Mission native and a Salvadoran-American, Escobar grew up playing “against the gang members” at Dolores Park. “Now it’s become a pay-to-play sport,” he said. The best players started coming not from the streets, but from the clubs.

Lowell still has the best players in the matchup. With an enrollment almost three times that of Mission High, the Cardinals have a strong club contingent and two college recruits.

“They have a few key players, and a lot of them are pretty good, but we have a lot of strong players,” said sophomore goalkeeper Raquel Lau.

Or, as the coach puts it: “Many teams with skillful players are disorganized, but if we have both, we can do damage.”

As they strive to find that gear, the Bears will rely on their tactical chops and intensity during the game to keep the streak going.