San Francisco progressives and free speech advocates have begun bracing for the worst from the incoming Trump administration by developing legal strategies and plans for political mobilization.

Members of the National Lawyers’ Guild’s San Francisco chapter set the tone for a Mission District panel discussion at 518 Valencia, the Eric Quezada Center for Culture and Politics, by issuing a statement denouncing “the fascism of President-Elect Trump.”

“His calls to jail protesters, deport immigrants, attack Black people, ban Muslims and his boasting of sexual assaults on women reflect all the hallmarks of fascism—autocracy that destroys its opposition, controls marginalized communities through violence, and organizes power and wealth for the elite,” the group said in a release.

Trump has pledged to unite the country even while refusing to apologize to the many groups he has offended. On Tuesday, five panelists with an audience of 120 lawyers and activists took turns bashing Trump while strategizing ways to limit the damage he might do.

In a city where 84.5% of voters chose Hillary Clinton, activists and leftists have been reeling from post-election shock waves. The National Lawyer’s Guild’s meeting was one of local progressive groups’ first steps towards actions that would mitigate Trump’s proposed policies, like his proposed crackdowns on undocumented immigrants or his proposed ban on Muslims entering the United States.

Divisions can be expected among immigrants, according to immigrant-rights activist Sagnicthe Salazar of the Xicana Moratorium Coalition in Oakland. She predicted Trump’s policies will divide immigrant communities into “good migrant versus bad migrant,” pitting undocumented and documented immigrants against each other.

Lawyers said they were eager to find effective tactics to defend progressive causes.

“I’m looking for ways to limit his power,” said Matthew Rinaldi, a longtime active member of the Lawyers Guild.

Brooks said police will serve as the front line of “the terror machine” in the Trump era, and predicted an escalation of violence and “less and less accountability at a federal level.”

Panel member Niloufar Khonsari, Executive Director and Founder of Pangea Legal Services, said lawyers should help vulnerable people by finding ways to use “legal assistance as a hook to politicize and mobilize clients and families.”

Abdi Soltani, executive director of the ACLU’s Northern California branch, said legal defenses need to be worked out well in advance of any mass deportations. Trump has spoken of rounding up millions of immigrants he portrays as undesirable, while imposing extra restrictions on migrants from Muslim countries.

“The areas that are of particular concern right away are the expansion of deportations as well as programs that target Muslims or people from Middle Eastern countries in the US,” Soltani said.

One immediate task focuses on Trump’s choices for the U.S. Supreme Court. Nan Aron, the founder and president of a group called Alliance for Justice, said her organization is concerned about Trump’s professed desire to appoint an anti-abortion justice and fill “dozens and dozens” of seats on lower courts with a similar bent.

“We’re simply getting ready,” Aron said, by researching Trump judicial nominees.  “From the moment a nomination is made, we want to make sure we’ve got as complete a record as possible of information about who the nominee is and share that information with activists, advocates, the press, senators, their staff.”

James Wheaton, founder of the First Amendment Project, which provides free and low-cost legal services on public interest free speech and free press matters, said he expects the Trump administration will favor restrictive policies on open records under the Freedom of Information Act, FOIA, moving “from presumption of disclosure to a presumption of withholding.”

Generally, FOIA allows citizens to request access to records from any federal agency. In a Trump era, journalists and citizens may have a more difficult time obtaining records from the government, even if they’re not restricted for national security reasons.

As for the broader legal counter-attack, Brooks said lawyer activists are looking into helping people learn to defend themselves.

The San Francisco lawyers guild will be training volunteers how to serve as legal observers during rallies, how to set up a legal hotline, how to provide jail support, how to get involved with police watch actions.

Rachel Cassandra is a freelance writer, journalist, and photographer. 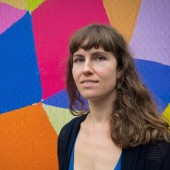